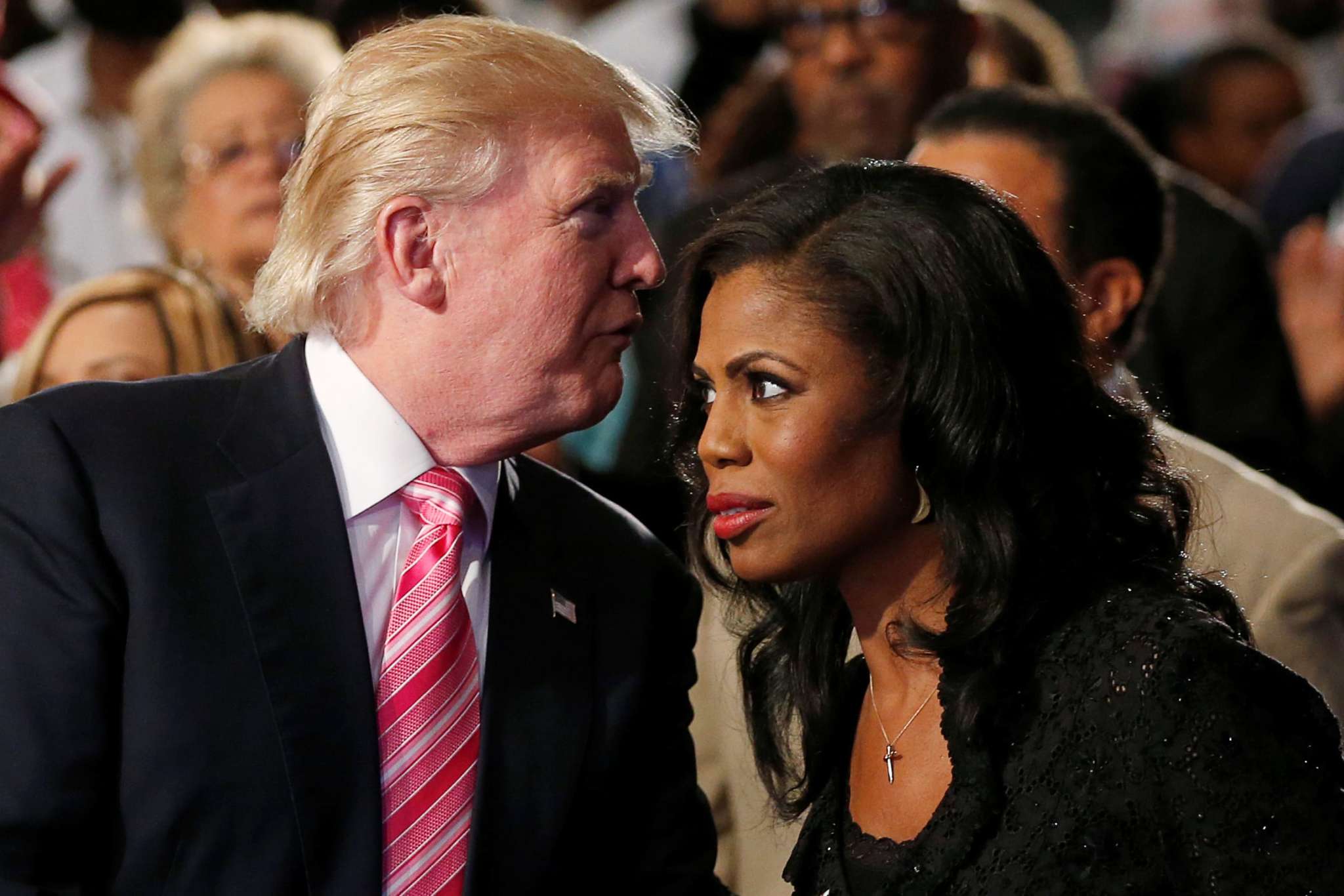 Omarosa Manigault Newman revealed that the First Lady of the United States is ‘repulsed’ by the POTUS, Donald Trump. According to Trump’s former political aide, all the things she was able to experience by being in close proximity to the first couple would make anyone’s ‘head spin!’

Omarosa revealed this and more during her appearance on Lorraine yesterday.

Apparently, Donald and Melania have a ‘very strange marriage.’

She went on to mention that ‘I’m very cautious to comment on the dynamics of a marriage because you never know what goes on behind closed doors. But I have known this couple since they were dating, they got married a year after The Apprentice aired. What I have observed in the last 17 years would make your head spin. Sometimes they like each other but sometimes she’s repulsed by him.’

Omarosa went on to mention something that people have seen via viral videos many times, using it as proof of how repulsed the former model is of her husband.

She was, of course, referring to the fact that she often pulls her hand away from the POTUS when he tries to grab it in public.

Such an instance even happened recently as the First Couple was getting off of Air Force One to head to his final presidential debate.

Some may say that the moment was nothing to worry about but Omarosa, just like many others, is convinced that Melania totally ‘smacked’ his hand away from hers.

As mentioned before, this is just one of the many times that the Trumps made headlines for this reason.

Melania yanks her hand away from Trump.

Omarosa also talked about her new tell all book titled Unhinged which is meant to give an insight into the White House under Trump.

Apparently, the president and his team actually attempted to stop her from publishing the book.