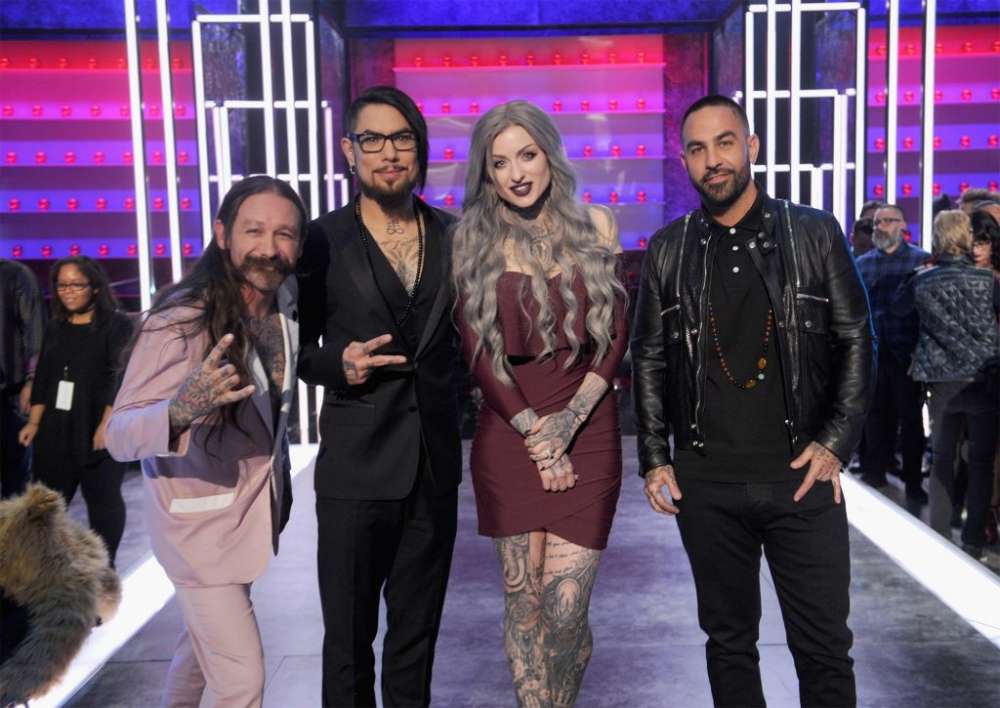 In a post on Tuesday, Oliver Peck, one of the judges on Ink Master and former husband to Kat Von D, whom he married in 2003, revealed he was stepping down from his position on the aforementioned television series after images featuring him wearing blackface for Halloween were revealed.

NBC News picked up on the tattoo artist’s social media post in which he apologized for his past behavior, stating that he and the producers of the television program said their goodbyes to each other. Peck expressed gratitude for his time on the series, stating it was a “blast” working with them and has nothing but respect for his colleagues.

The news of his departure and Instagram apology letter comes approximately one week after TMZ published several photos of the tattoo artist wearing blackface. One image, in particular, featured the tattoo artist with brown paint on his face and body, dressed as a basketball player.

Reportedly, an additional image of Peck features him wearing an Afro-wig, brown face paint, as well as a superhero costume with the letter “N” written on it. It’s not entirely clear when the pictures were taken, claims TMZ, but some reports have indicated they were originally on his MySpace account.

The network that airs the program, Paramount Network, said to NBC News in a statement that they were appalled by the images of their employee, however, they praised Peck for saying “sorry” for his actions and taking responsibility.

Fans of Ink Master know it’s a reality series in which tattoo artists compete against each other in a variety of challenges. The show is currently in its 13th season. Mr. Peck joined the series in 2012 when it was first revealed.

According to the show’s Wikipedia page, it first premiered on the 17th of January, 2012, on Spike.

The winner of the competition receives $100,000 in cash and also the revered title as the “Ink Master.” The show also features Dave Navarro, the primary guitarist from the 1980s and 1990s rock-band, Jane’s Addiction.

Ariel Winter And Luke Benward’s Relationship Has Changed ‘Dramatically’ In The Last Couple Of Months, Source Says - Here's How!