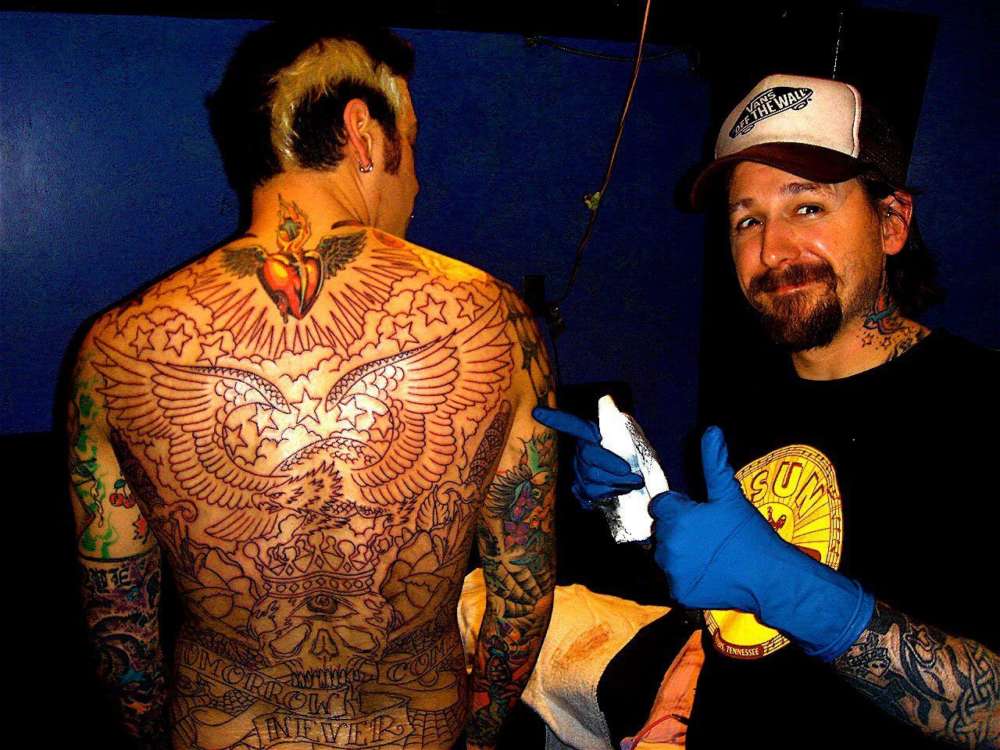 Oliver Peck, the star of Spike TV’s Ink Master, was caught wearing blackface in new images circulated on the internet. TMZ reports that the 48-year-old star has worn blackface for several of his costumes over the past few years, one of which featured him applying dark brown makeup to his chest, neck, and face.

TMZ claims the pictures originally appeared on his MySpace account, and since then, they began appearing on social media once again. Peck apparently wore a costume, including blackface, in addition to an afro wig in which he was portraying himself as a superhero.

Furthermore, Peck – the former husband of Kat Von D – also dressed up as a basketball player and also while dressed up as a Playboy bunny, the entertainment outlet revealed.

Thus far, the star has been criticized by other people on social media, including from Liz Nuncio, who took to her twitter to say she was disappointed in Oliver. She added that “we’re not supporting racists in 2020.”

Other Twitter users made similar comments, including one who stated that it may have been excusable fifty years ago, but a recent caricature of a black person, especially in this way, wasn’t socially acceptable.

Oliver Peck is one of the judges on InkMaster, hosted by Jane’s Addiction guitarist, Dave Navarro. Peck competed against Chris Nunez on the show during the eighth season, aired on Spike TV. As most know, this isn’t the first time a public figure has been criticized for wearing blackface.

In late 2019, even Justin Trudeau, the Canadian Prime Minister, was also accused of wearing brownface/blackface. The New York Post reported back in September of last year that Trudeau apologized for wearing “brownface” and a turban to a party eighteen years ago.

Trudeau apologized after he was depicted wearing the brown makeup and a turban at an “Arabian Nights” gala put on by the West Point Grey Academy in Vancouver, British Colombia. Justin was teaching there at the time.

Rumors Swirl That The Real Is Booting Loni Love For Amanda Seales: 'They Are Doing To Her What She Did To Tamar Braxton'