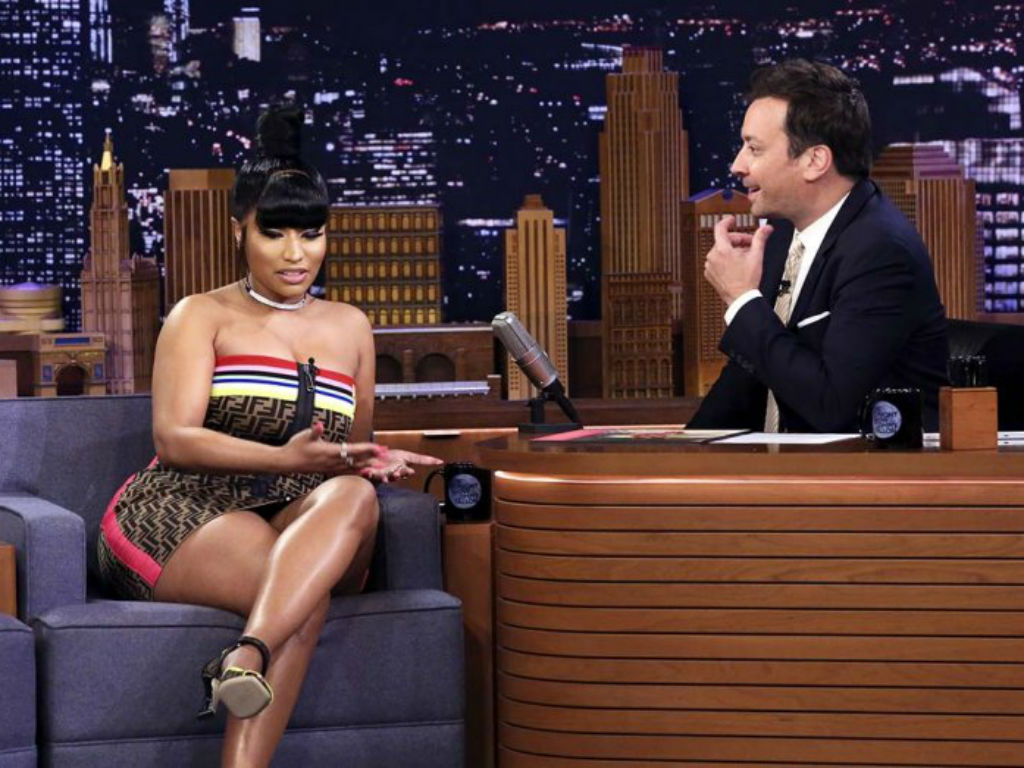 Nicki Minaj showed her freestyle skills to Jimmy Fallon when she stopped by The Tonight Show and confirmed a new album is coming.

She is back with new music, but the host was only interested in her freestyle skills. Fallon had his guest participate in a little game he calls Wheel of Freestyle. He activated the word generator, which chose three random nouns Minaj had to find a way to add them to freestyle rap.

Hexagon, Yeti and edible arrangement were the words the ‘Super Bass’ rapper had to use, and the 36-year-old old had no problem coming up with a killer freestyle rap.

“Six sides, that’s a hexagon. I’m the big homie, Megatron. These girls can’t see me like the Yeti. All these girls gassed like Getty. I am Ms. Petty. And it’s going down, basement. I be like ‘Eat it, eat it, eat it,’ edible arrangement,” rapped Minaj.

The talk show host was so impressed with her mad skills he jumped out from behind his desk to praise her.

“That is how you do it, right there!” Fallon exclaimed

There are two words in her freestyle that have significant meaning to her life at this moment, Megatron and Ms. Petty.

Fans have been buzzing with hope the rapper was going to give them an album after she released her new single ‘Megatron’ this week. Earlier in the episode, Minaj confirmed she does have a new album coming out.

“There’s definitely a new album, yes, of course. You’re the first to find out. Of course, there’s an album, I’m not putting out the date yet, but there is one,” she shared with the audience.

Nicki Minaj showed off her freestyle rap skills in a game of “Wheel of Freestyle” on The Tonight Show. (🎥: @FallonTonight) pic.twitter.com/QXE76ooi3l

Dates are not the only detail about the album the rapper is keeping quiet. She also admitted that she does have a title in mind, but her lips are sealed on that as well right now.

Along with her new music revelation, Nicki Minaj and her boyfriend Kenneth Petty got a marriage license a few days ago.

“We did get our marriage license. I think I have what I was striving for, just happiness. It was so hard to get to a happy place. Now that I’m there, I don’t want to compromise that for anyone or anything,” she stated after they got the license on her Queen Radio Show. 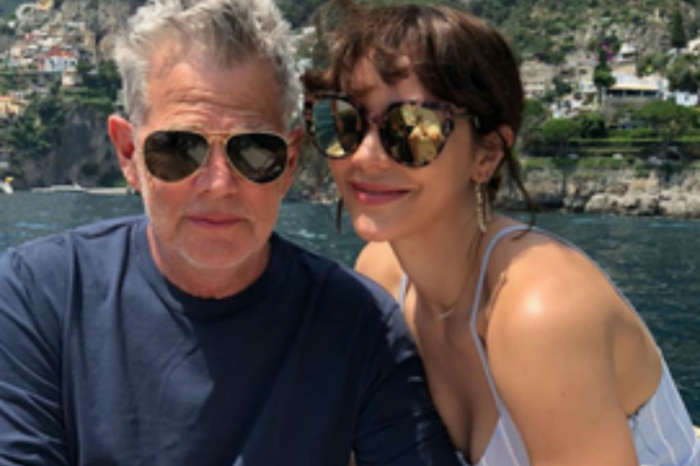