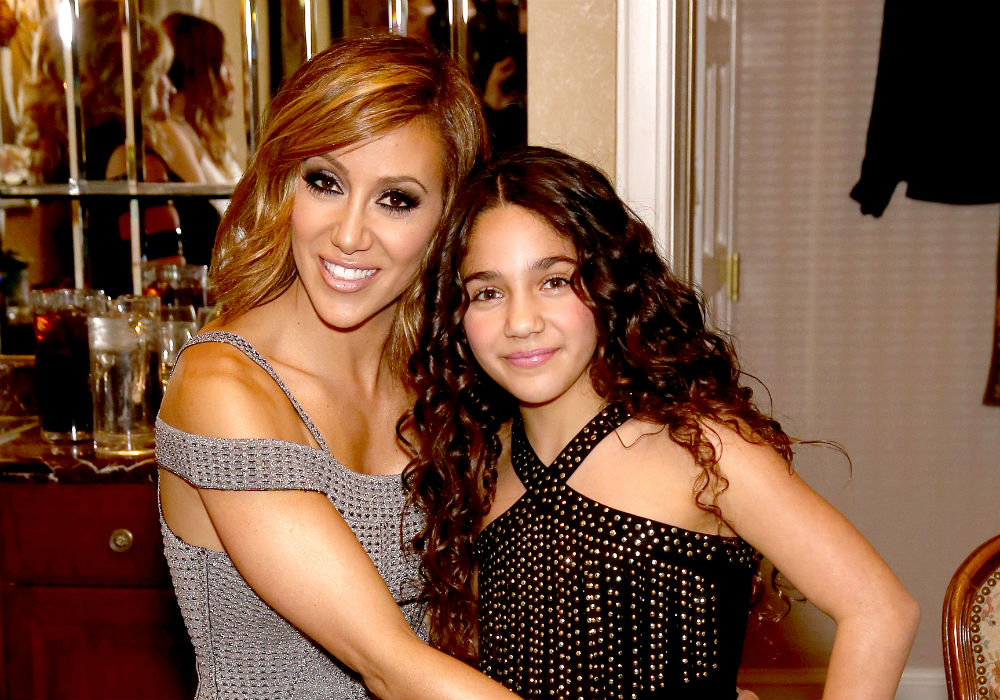 Melissa Gorga’s daughter, Antonia Gorga, has practically grown up on the Real Housewives of New Jersey. Antonia was only 5 years old when she first appeared on the show in 2011, and she is now officially in her teens at 13 year old.

Although fans might think Antonia has become a fan of RHONJ now that she is older, she recently revealed that she has zero interest in the show – unless she has a scene.

“I don’t really watch it, to be honest,” Antonia shared. “Unless I’m on it. I need to watch myself.”

Spending the night with my baby girl at the #secondact premiere last night was unreal💕 @joeygorga & I loved seeing her turn into a little lady💜 Both dressed in @envybymg !!

There is little debating that Antonia is absolutely adorable to watch, especially when she interacts with her brothers, Gino and Joey Gorga.

Her mother, however, wishes that she took a bigger interest in the show, but only for completely selfish reasons.

According to Bravo TV, Melissa has also been teaching her daughter the inner workings of her small business, Envy boutique. Melissa hopes that Antonia will come to understand the struggles of owning a small business, though the lessons are not going as easily as she had hoped.

Antonia’s hilarious comments came on the red carpet premiere of Second Act in New York City, where Melissa and her daughter got the opportunity to mingle with a few celebrities.

At one point during the premiere, Antonia and her mom snapped a photo alongside some of the stars of the show, including Vanessa Hudgens, Jennifer Lopez, and Leah Remini.

The event coincided with some exciting news for Antonia’s cousin, Gia Giudice.

While Antonia was hamming it up with her mom, Gia’s mother, Teresa Giudice, revealed that her application had been accepted by Penn State University.

Little holiday night with my squad🎄 ❤️ Love them so much. The desserts at @blacktapnyc are unreal 😛

Gia was also accepted by the University of Scranton and Alabama University.

The college announcement comes amid the upcoming deportation of Gia’s father, Joe Giudice, who is currently serving time in prison for charges related to fraud.