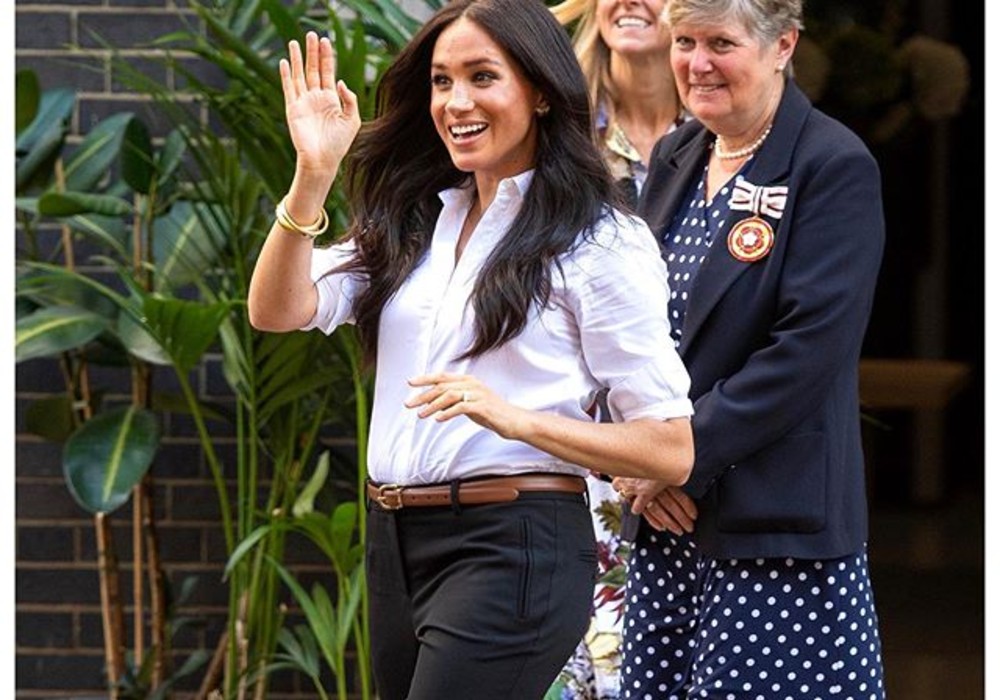 Meghan Markle has made her first step back into the entertainment industry. The Duchess of Sussex has provided the voice over for the new Disneynature documentary Elephants, which will begin streaming on Disney+ on April 3rd.

According to People magazine, the project will benefit Elephants Without Borders and it’s been in the works for a while. Markle began her collaboration with Disney before she and Prince Harry announced in early January that they would be stepping down as senior members of the royal family.

New Disneynature documentaries will be released on Disney+ on April 3 including:

‘ELEPHANT’ – narrated by Meghan Markle, The Duchess of Sussex.

Markle recorded her narration in London last fall, after she and Prince Harry attended the city’s premiere of The Lion King remake. During that event, Harry briefly spoke with Disney CEO Bob Iger and appeared to be soliciting some work for his wife.

“You know she does voiceovers,” Harry can be heard saying in a video that captured the encounter.

Between Harry speaking with Iger and the couple’s history of supporting Elephants Without Borders, filmmakers Mark and Vanessa Berlowitz contacted the Duchess of Sussex last summer and asked if she would be interested in doing the voice-over for the documentary.

However, despite rumors claiming otherwise, Markle does not have a deal with Disney to do more projects, but that could change in the future.

The Elephants documentary follows an African elephant named Shani and her son Jomo as their herd – led by matriarch Gaia – travels hundreds of miles across the Kalahari Desert. During the journey, the majestic animals face predators, extreme heat, and see their resources dwindle as they attempt to reach a lush, green destination like their ancestors.

Meghan Markle has scored her first non-royal role following her and Prince Harry's announcement to step back from royal life, as the narrator of a Disney live-action documentary 'Elephant' https://t.co/wIKw0Q78bq by @lisettevoytko pic.twitter.com/sfeSUEA71r

Meghan and Harry traveled to Botswana in 2017 with Dr. Mike Chase of Elephants Without Borders to help with the conservation effort, which is how Markle first saw footage of the documentary.

Harry has shared his love for conservation work in Africa with his wife since he met her, as he is the president of African Parks and patron of Rhino Conservation Botswana. Prince Harry has visited the continent on numerous occasions over the years, and he refers to it as his “second home.”

The African continent is where Prince Harry and Meghan Markle reportedly “fell in love” when he took her to Botswana for a vacation just weeks after they met.

“I managed to persuade her to come and join me in Botswana. We camped out with each other under the stars. She came and joined me for five days out there, which was absolutely fantastic,” he said. “So then we were really by ourselves, which was crucial to me to make sure that we had a chance to know each other.”

Meghan Markle And Prince Harry - Here's How They Are Dealing With Prince Charles Testing Positive For COVID-19!