Kylie Jenner is one of the latest celebrities getting social media attention for twinning with her daughter. Kylie shared a side-by-side photo of herself and Stormi Webster on her official Instagram story and fans can't get over how much the pair looks like each other. Kylie is only 23-years-old and is already on her way to being a billionaire. Now that the family's show Keeping Up With the Kardashians is coming to an end, fans are curious what the future has in store for the single mother. The family inked a multi-year deal with Hulu and new programs are headed to the network, but the network hasn't released show details yet. It's unclear if Kylie Jenner will have her own program again, or if the Kardashian and Jenner children will appear in any upcoming series.

Like her siblings, Kylie Jenner adores her fans and frequently engages in online exchanges with them. Such was the case with her latest photo. Kylie Jenner reposted the photos on her Instagram story and hashtagged the Instagram user @dash.universe_ for the adorable snaps. Though Kylie Jenner is frequently accused of undergoing the surgical knife to achieve her look, there's no question that as a child, she and Stormi looked nearly identical.

It's unclear how old Kylie was in her photo, but she looks to be close to Stormi's age. The mother and daughter share the same shape eyes, same face shape, same ears, nose, and smile. Stormi's lips are naturally a little fuller than Kylies are but that doesn't stop them from looking the same.

You may see the adorable photo of Kylie Jenner and Stormi Webster below. 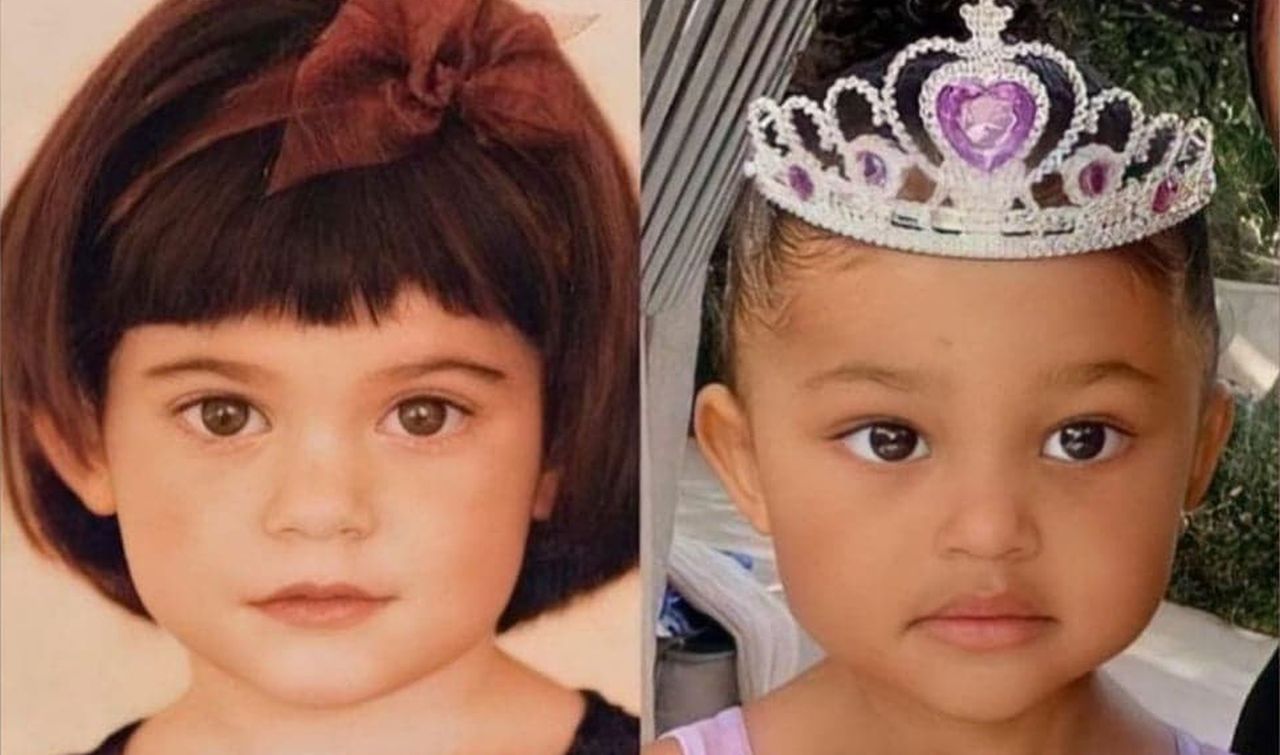 Though Kylie Jenner was recently accused of letting her daughter eat junk food for breakfast, many don't believe the report was true and praise the young mother for her parenting skills. Stormi Webster speaks clearly and is a loving and kind child.

What do you think about the photos of Kylie Jenner and Stormi Webster? Do you think they're twinning?