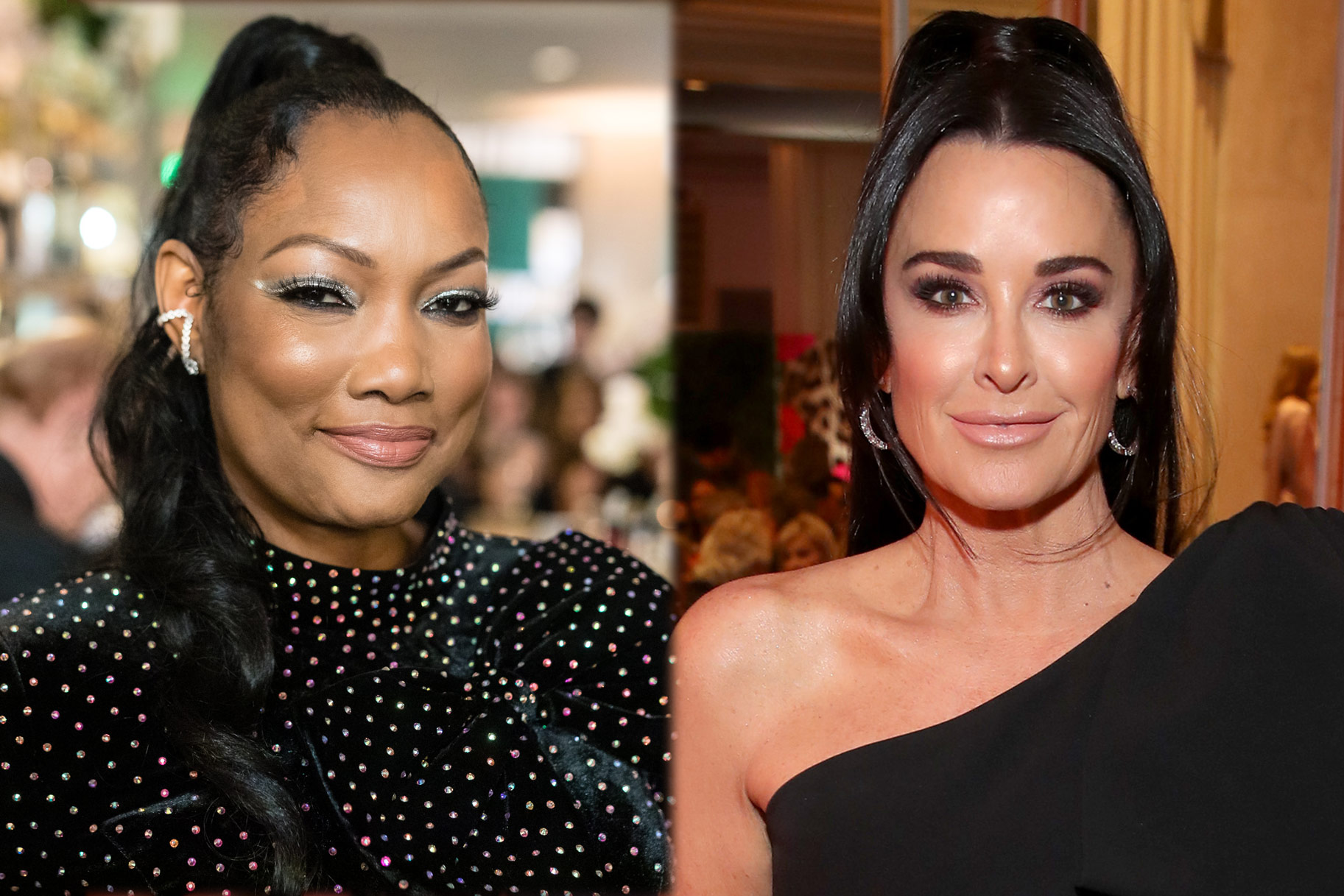 Garcelle Beauvais has been dissing Kyle Richards a lot lately and now, the latter Real Housewives of Beverly Hills star suggested that her co-star has only been doing this to her for the sake of having a storyline! Here’s what Kyle had to say!

As opposed to what Garcelle has been claiming, Kyle stated that she had actually been trying her best to befriend the other reality TV star who just so happens to be a new addition to the cast of RHOBH.

It all started with a fan wondering: ‘Kyle Richards why is [Garcelle] coming at you so hard??? You didn’t even do anything.’

This was tweeted at Kyle yesterday after Garcelle shaded Kyle on the most recent episode of the show.

In response to the curious follower, Kyle wrote: ‘I think because she was away a lot and she was looking for a storyline. I showed up to her event and donated to the charity because I wanted to support her. I think I’m the only cast member that had her over to their house one on one just to try and get to know her. I asked so many questions about her life and enjoyed our time together.’

However, according to Garcelle, things between them were very different.

‘When I left Erika [Jayne’s] house I felt very uneasy. I felt like I keep bringing things up to you, and you keep glaze over me. I feel like with us, we just stay on the surface. But I just feel like — you’re not present with me,’ the new RHOBH star told Kyle on the latest episode of RHOBH.

Kyle, on the other hand, argued that from her point of view, they had a great time together when they hung out.

Granted, it wasn’t a lot since Kyle was away a great deal of time.

Author states that Kyle was away a lot and therefore Garcelle couldn’t get to know Kyle, when in fact it was Garcelle who has been away from the group (although it was due to work) it wasn’t Kyle.
It does take some time for someone who is new to the group to get the inside scoop about a cast member from RHOBH.
I do believe Garcelle isn’t making any sense when she said that Kyle, glazed over Garcelle. When Garcelle said that I was deeply confused, it’s not true, but you can’t call Garcelle a liar, it’s like a key that doesn’t fit into a lock that it’s supposed to, so you keep trying because you don’t understand it.
That’s Garcelle Beauvais.
Garcelle just makes no sense, she says Denise is her friend so she defends her, yet Denise is a hypocrite, cussing in front of Dorit’s daughter, that’s glazing my dear!