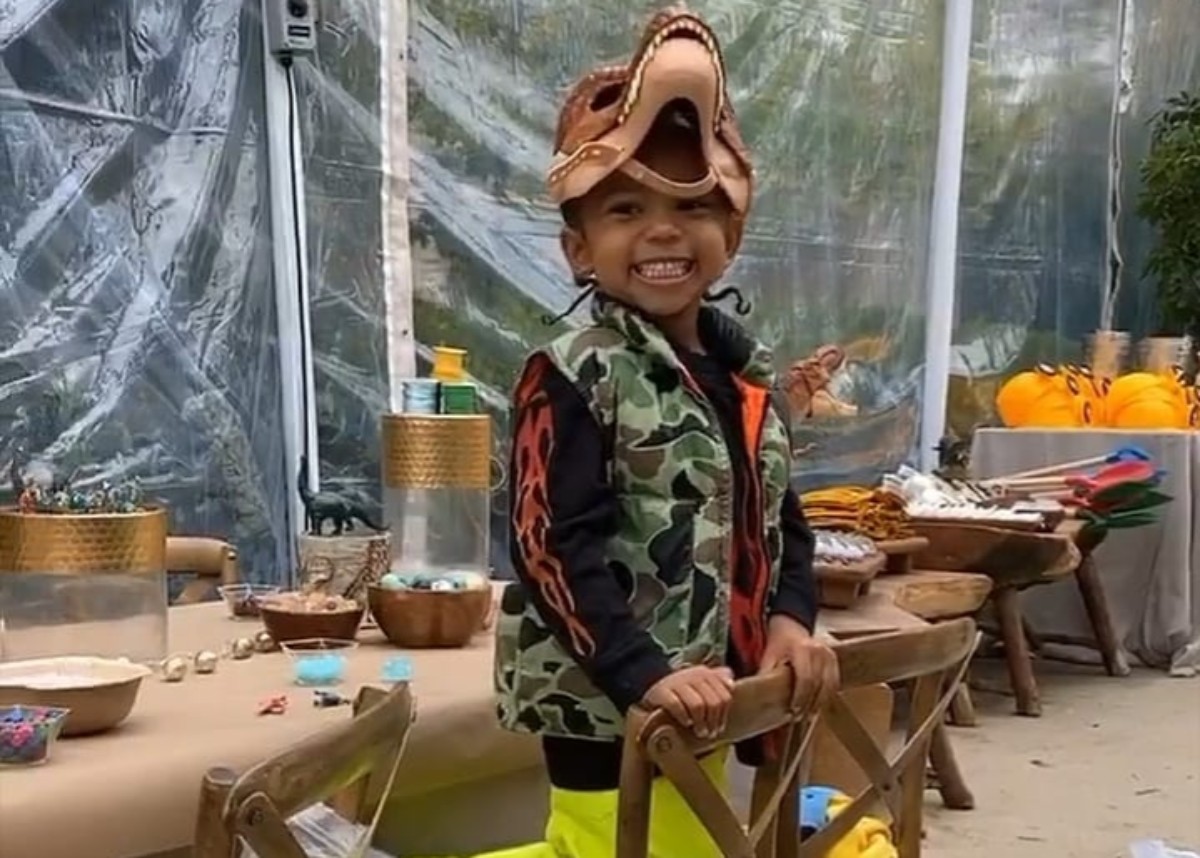 Could a four-year-old boy have a bigger smile? Saint West is grinning from ear-to-ear and seemingly having the time of his life while mom Kim Kardashian Weste sets up his Jurassic Park-themed birthday party. Kim Kardashian West certainly knows how to plan a bash and she did not disappoint the birthday boy, his siblings, and cousins who helped the tot celebrate in style. Photos and videos of Saint West, along with Psalm, Chicago, North, and True Thompson are flooding social media and going viral as the children will undoubtedly have an incredible time living it up at the birthday bash. Kim Kardashian set up the party in her own backyard and included giant-sized dinosaur replicas!

Saint West was photographed kneeling on a chair with his dinosaur mask propped on his head. A huge smile plastered his face and behind him was a table full of edible treats such as chocolate candies that served as dinosaur eggs. A barrel of shovels was seen in the back ensuring the children could dig for buried treasure at the Jurassic Park event. Dinosaur toys were strewn across the table and it is evident that Saint was in dinosaur heaven.

You may see several photos that Kim Kardashian West originally shared with her 153 million Instagram followers in the slideshow player below.

Saint and his little sister Chicago seem to have a special bond. In many photos and videos of the Kardashian-West children, Saint can be seen playing with Chicago or giving hugs and kisses to his baby brother Psalm. In the video player below, you can see as Chicago is a little afraid of Saint’s dinosaur mask. North West can be seen entering the video as Chicago turns and runs in the opposite direction.

Maybe she was a bit intimidated by the giant prehistoric creatures that took over her backyard. Saint’s certainly wasn’t.

LMAOOO Chicago ran away so quick 😂

True Thompson could be seen at the bash and fans love to watch the Kardashian Jenner children play together. The second generation of the Kardashians is growing up quickly and many can’t believe that Saint is already four-years-old! Saint’s birthday was on December 5, 2019, but he is celebrating on the weekend.

A post shared by Kardashian Jenner Kids (@kardashianjenkousins) on Dec 7, 2019 at 3:26pm PST

What do you think of Saint West’s Jurassic Park-themed birthday party?

Can you believe Saint is already four-years-old? 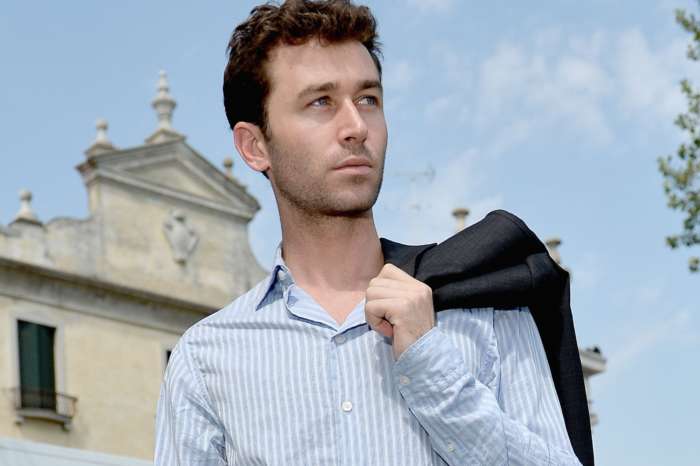