Kevin Hart Gets The Best Revenge On Nick Cannon By Putting His Phone Number On A Massive Billboard - Check It Out!

To take the perfect revenge on Nick Cannon for gifting him a lama on his birthday, the comedian decided to put his personal phone number on a massive billboard for strangers to call! That's right - Kevin Hart thought it was a great and hilarious idea to put Nick's number out there, alongside a message encouraging people to call him if ever in need of some 'fatherhood' advice!

It all started with the musician gifting the comedian a lama for his birthday, definitely taking Kevin by surprise with the unexpected present.

RELATED: Katy Perry Hilariously Petitions For Movies And Shows To Stop Lying That Pregnancies Last For 9 Months As She's Still Waiting To Give Birth - Says It's ’10+ Months!’

So is it even any surprise that Kevin fired back by sharing Nick's number with people all across the U.S.?

Kevin also took to his Instagram account to explain his gesture, saying that: 'Since my brother @nickcannon decided to buy me a lama for my B Day I decided to do something nice for him as well….Here's a digital billboard in Los Angeles.'

The said billboard simply reads: 'For any advice on fatherhood? Call my best friend Nick Cannon,' words followers by his phone number!

RELATED: KUWTK: Rob Kardashian Tells Sister Kim To ‘Stop Playing’ Because Of This Hot Post Of Her Posing With North's Dog - Check It Out! 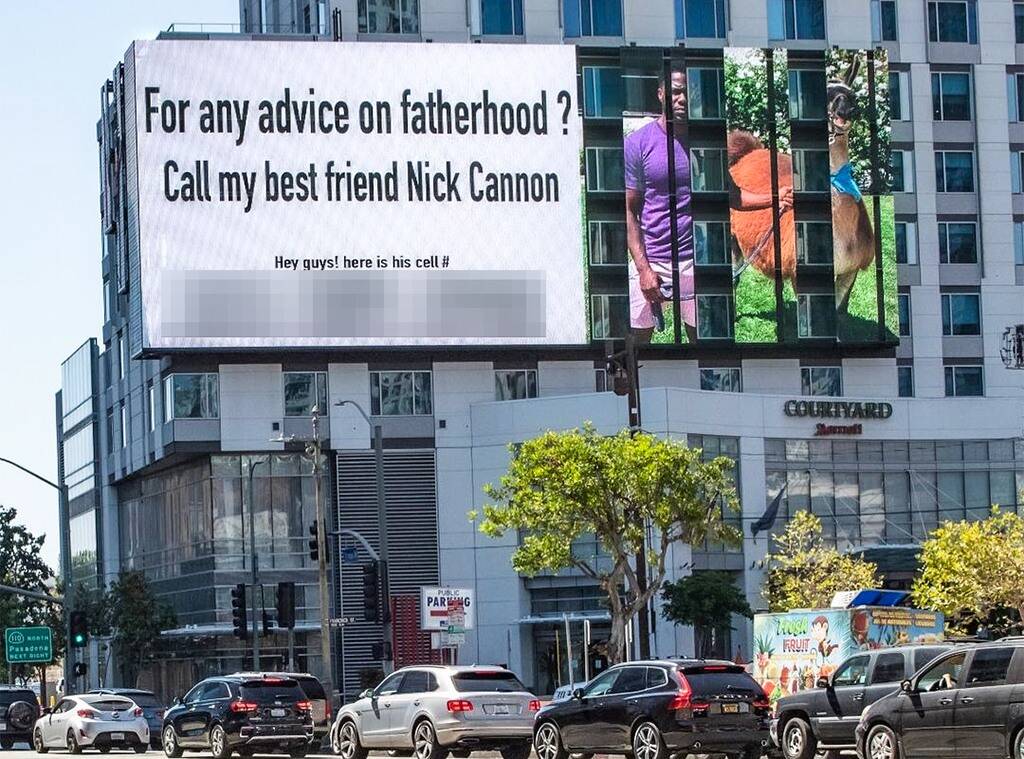 Not too long after, Nick confirmed that he had been getting a lot of calls from strangers, which proves that the number was real, calling Kevin out: '@kevinhart4real is a a**hole.'

Since the man is a father of no less than 7 now, it makes sense that his best friend would consider him a reliable source of wisdom when it comes to babies and kids.

Nick even answered some fans' FaceTime calls as they were obviously shocked to find out that they really did have his real number, upon seeing his face.

In the meantime, it sounds like Kevin is pretty pleased with his prank as he posted: 'GOTCHA BACK B***H #PRANKWARS.'

What goes around, comes around! Earlier this month, Kevin was the one pranked as he took to social media on his birthday to share a pic of his new pet lama, calling Nick 'one of the biggest a**holes on the planet' for gifting the big animal to him unexpectedly.

Kandi Burruss Congratulates A Friend For Starting A New Business