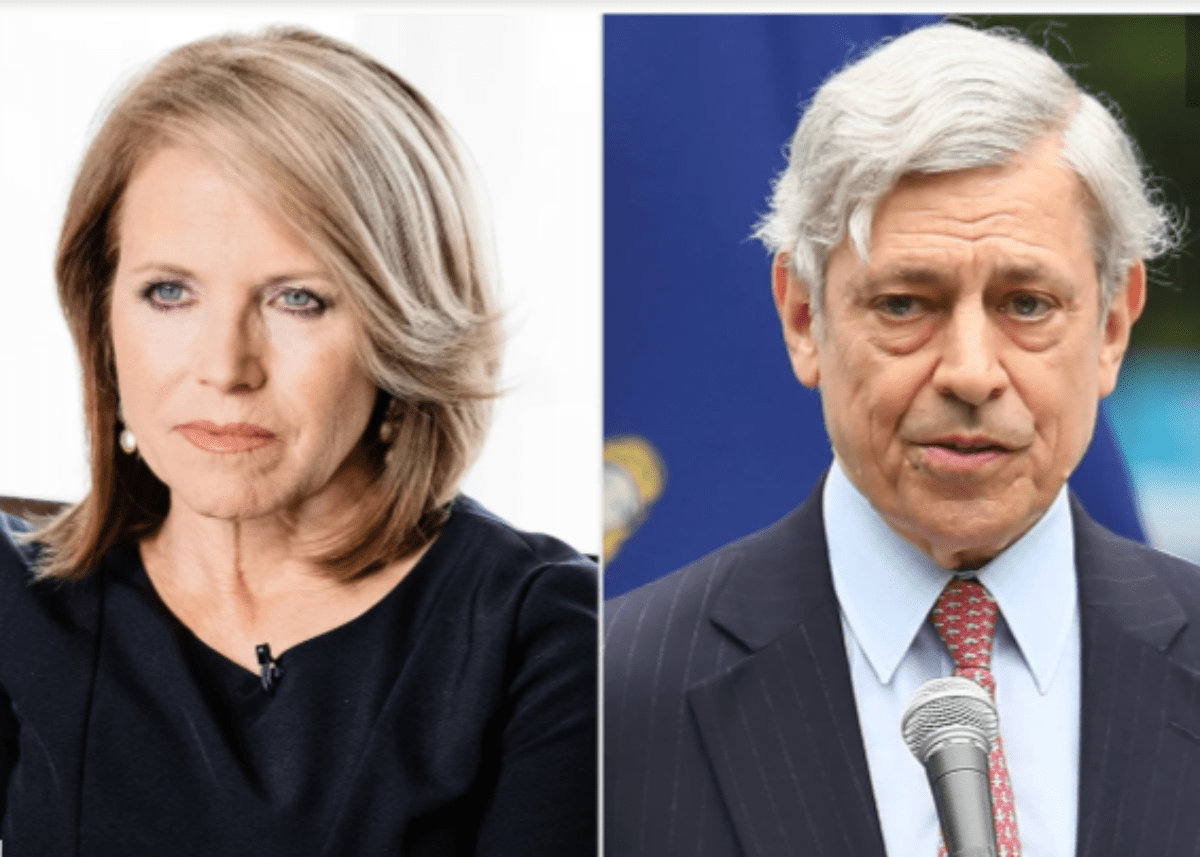 Katie Couric is under self-quarantine after a viral Twitter thread caused her to come to the decision. Katie has revealed that she spent time with the Head of the New York and New Jersey  Port Authority, Rick Cotton, who has recently been diagnosed with Coronavirus. Though Katie believes her chances of getting the Covid-19 Disease are slim, she is undergoing self-quarantine to be safe. The news that Rick Cotton tested positive comes after New York Governor Andrew Cuomo held a press conference where he slammed the CDC and President Trump for the lack of available Coronavirus tests for those in the state.

Fans were taken aback when Katie casually mentioned that she had just seen Rick on Saturday in response to an article that he had just been diagnosed with the Coronavirus. Katie didn’t seem to think she was in any danger or at risk of catching it but her Twitter followers begged to differ.

Before long, a controversial discussion broke out with many people pushing Katie to take a more proactive response.  Though Katie tried to assuage the public’s fears, she eventually caved in and announced she would self-quarantine for two weeks.

You may see Katie’s tweet that started the controversy below.

Rick Cotton is an old friend of mine. In fact I just saw him on Saturday for the first time in a long time. Feel better Rick. via @NYTimes https://t.co/zaswaDakOA

Katie had pointed out that she didn’t touch Rick Cotton and didn’t think that she needed to be concerned, and responded to the outcry with the following.

“OK people — thank you for your concern!! I have a few updates: So far I’ve talked to someone from @WHO who referred me to the @HEALTHNYGOV which told me it was not necessary to self-quarantine. This was also confirmed by my primary care physician.”

Katie’s tweet did not go over well with her fans who sounded off and let her know that she was putting herself and others at risk.

Several hours after her original tweet, she provided an update, saying that she would work from home.

“I’ll be working from home to be safe and make sure if I’m not feeling well I will go the doctor, Will keep you posted.”

Most health officials aren’t recommending people who have symptoms of Coronavirus go to their doctor, but instead, contact their local health department.

Just talked to a @CDCgov official who said I’m very low risk given the duration and nature of contact. I will be working from home to be safe and make sure if I’m not feeling well I will go to the doctor. Will keep you posted.

What do you think about Katie’s initial response?

Do you think Katie Couric is doing the right thing by working from home and undergoing a self-quarantine?