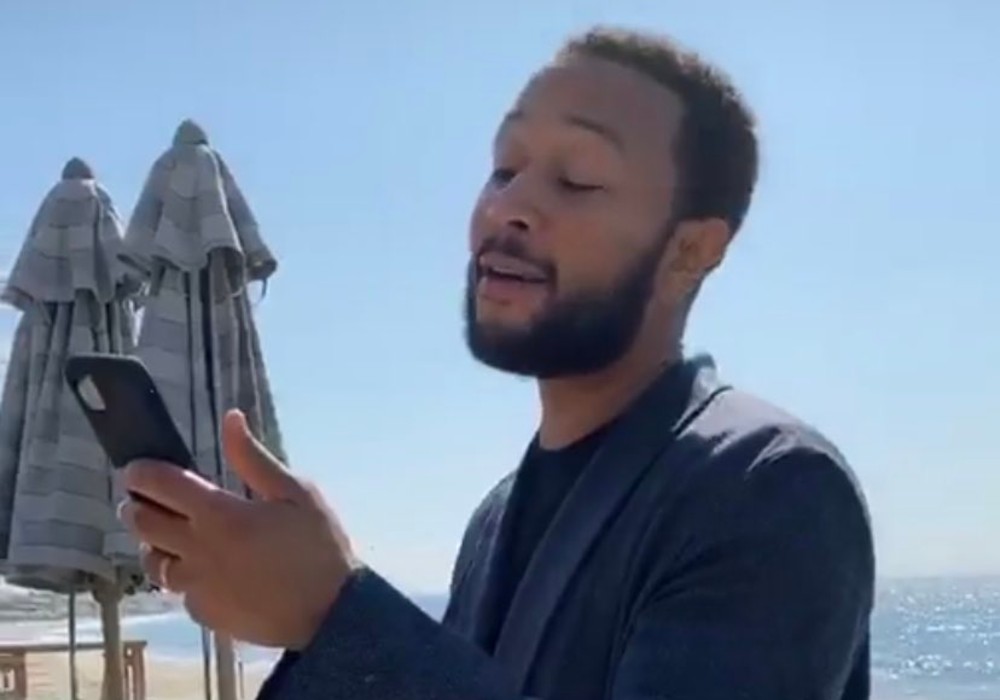 John Legend and Chrissy Teigen had a very big weekend in self-isolation with their two kids, Luna, 3, and Miles, 22 months. The couple celebrated what they called “the wedding of the century” on Teigen’s Instagram Story, which was actually the wedding of two stuffed animals that belong to Luna.

“We’re running a little behind. The bride is freaking out,” joked Teigen.“We’re excited. It’s a beautiful day. It’s a good day for a wedding. I don’t know how many of you have been to a wedding between two stuffed animals, but what I’ve found is they are everlasting.”

We just witnessed the wedding between two stuff animals at the Legends House 😂😂😂 @johnlegend and @chrissyteigen are the best 😂🥰 pic.twitter.com/szQ3tPpLTs

The ceremony took place on the beach, and fans were invited with a special e-vite on Teigen’s Instagram that read: “You are cordially invited to the wedding of Chloe + Nosh. Sunday, March 29th, 10 am on Instagram Live. Special Performances by John Legend and a Recording Of Selena Gomez.”

During the ceremony, Luna crouched down as she made her way down the aisle with the bride and groom. Teigen officiated the ceremony and she thanked everyone for gathering on a special day.

“It’s a beautiful day. Well deserved in what has become 26 weeks of an incredible relationship,” said Teigen, adding that it was unexpected at first because there were many different animals in the house.

Teigen said that no one could have known that Chloe and Nosh would get along so well, but they have loved each other since the second they laid eyes on one another and they have never spent a night apart.

Then, it was Legend’s turn to perform the couple’s “favorite song, as requested by them.” Was it one of Legend’s biggest hits? No. Instead, it was Selena Gomez’s Can’t Keep My Hands To Myself. After Legend’s hilarious performance, it was time for Nosh to kiss the bride.

Unfortunately, there wasn’t a big reception after the ceremony. The newlyweds did get to cut the cake – with help from Teigen – and share a hug. However, the party was over because everyone fell asleep.

Recently, on The Today Show, John Legend said that he and Chrissy Teigen were having to get creative with their kids during self-quarantine. He said that they rented a house on the beach because they figured it would be easier to entertain them there. Legend added that they are trying to find stuff to do all the time.

“You don’t realize how hard it is to figure it out until you’re thrown in this situation where you just got to be creative,” said Legend. “You’re just trying to entertain them and make them feel love and try not to go crazy.”