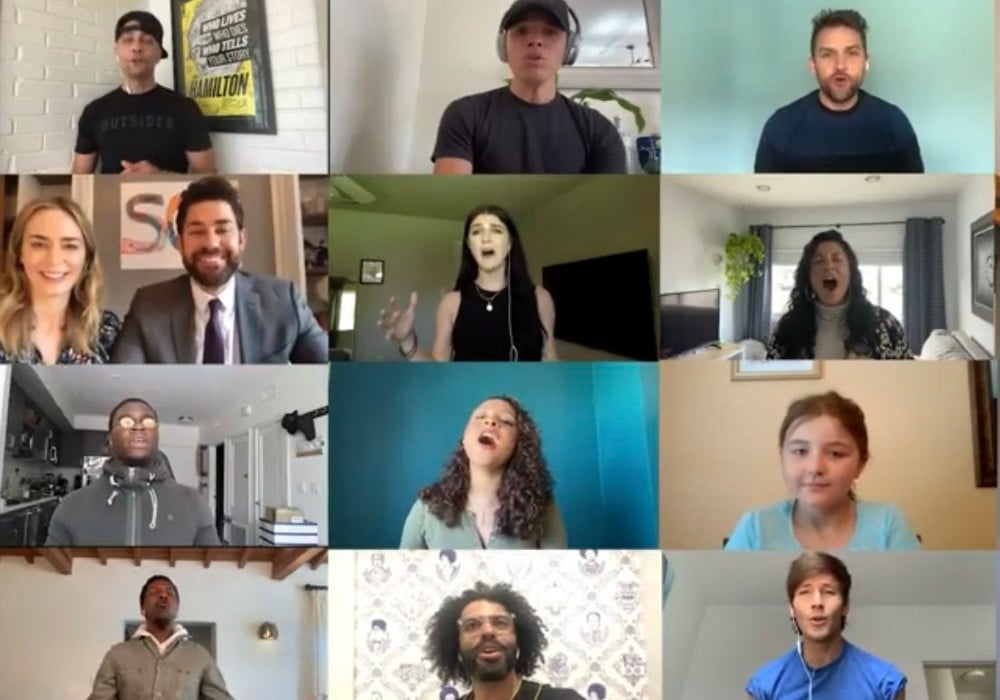 The Office alum John Krasinski returned this past weekend with a second episode of his YouTube series Some Good News amid the COVID-19 pandemic. This time around, the actor surprised a nine-year-old fan of Lin-Manuel Miranda and the Broadway musical Hamilton with a Zoom session she will never forget.

Joined by his wife, Emily Blunt, Krasinski had a video chat with nine-year-old Aubrey (the “heartbreak correspondent”) after her mother tweeted Miranda in March. In the tweet, Aubrey’s mom told the Hamilton creator that they had tickets for the show in Jacksonville, Florida, to celebrate Aubrey’s 9th birthday, and they were disappointed it was canceled due to COVID-19.

They understood why the show was canceled and were happy to be safe, so they decided to celebrate Aubrey’s birthday with a viewing of Mary Poppins Returns, starring Miranda and Blunt.

While Krasinski and Blunt talked to Aubrey, they told her that they would send her to New York to see Hamilton on Broadway after the pandemic passes and restrictions are lifted. They also joked about how Miranda was just a “backup dancer” in Mary Poppins Returns.

At that point, Miranda popped into the conversation via Zoom, much to the delight of a surprised Aubrey. When Miranda introduced himself, Aubrey was speechless, and the Broadway star told the nine-year-old that he could top Krasinski and Blunt’s offer.

john krasinski and emily blunt surprising a hamilton fan by having the entire original broadway cast join their zoom and sing for her is absolutely the best thing i have ever seen. pic.twitter.com/TLmCsbIk6n

The episode also featured a weather report from the show’s meteorologist Robert De Niro, who told viewers that “It looks, uh, pretty good.”

Krasinski’s first episode of Some Good News featured a reunion with his The Office co-star Steve Carell and hit more than 12 million views. The show has more than one million subscribers, and the second video has already received more than a million views in the first 24 hours.

The series features John Krasinski sitting at his desk in his home office and delivering a local news parody broadcast that features acts of kindness and generosity all over the world during the COVID-19 pandemic. 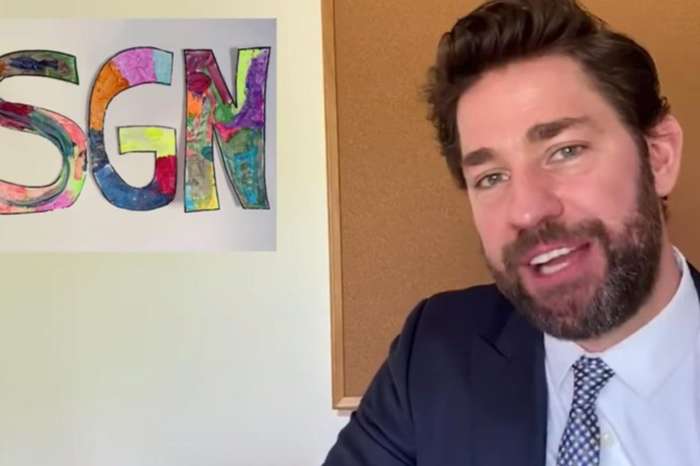