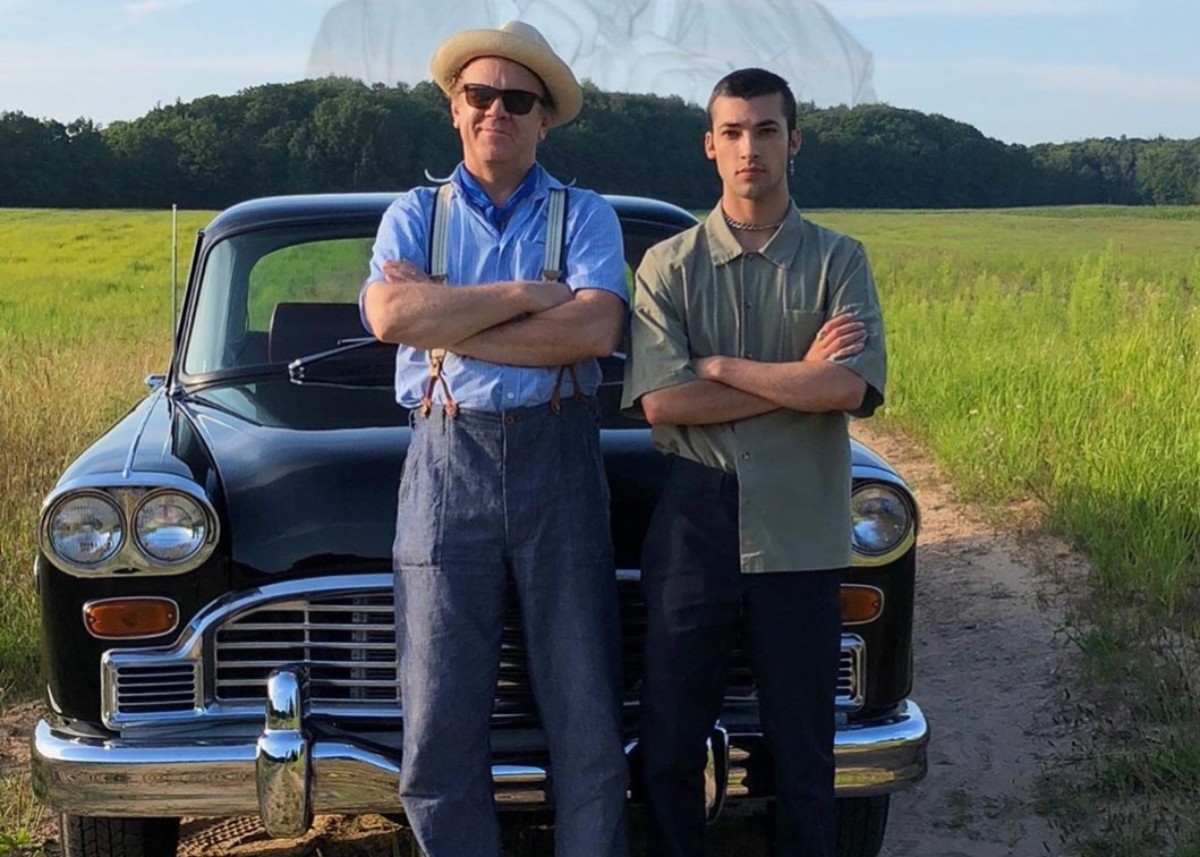 If you think that John C. Reilly’s son, Leo Reilly, has model-good looks, you aren’t the only one. Social media is going crazy as Leo Reilly, 22,  is going viral simply for how good looking he is. His looks are strikingly different from his father’s as Leo takes after his mother Alison Dickey who has dark hair and dark eyes. Leo also sports a very dark mustache that gives him a Spanish or European look, a far cry from his father who appears as if he has Irish, Scottish or English ancestry. The differences between the father’s and son’s appearances have caused so many people to Google, look at and compare photos of the two that Leo Reilly is now going viral!

John C. Reilly is an award-winning actor, best known for films such as his Oscar-nominated role in Chicago, Walk Hard: The Dewey Cox Story, and Step Brothers. There’s no question that he is a talented actor and finding out that his son has multiple talents comes as no surprise. In addition to his good looks, Leo Reilly sings and is a musician with a YouTube channel called LoveLeo, is a model who has walked the runway for Moschino, and is into photography.

You may watch Leo Reilly’s YouTube video for the song “Boyfren” in the video player below.

Here is the song’s lyric video.

Here is a photo of Leo Reilly modeling for Moschino.

Genius interviewed him and he also shared some of his own behind-the-scenes footage using bits of the interview on his official YouTube account.

What do you think about Leo Reilly? Are you looking forward to hearing more from him?

Are you surprised that John C. Reilly has kept his talented son a secret for so long?

Kobe Bryant’s Sister Gets Beautiful Tattoo Dedicated To Him And Gianna - Check It Out!