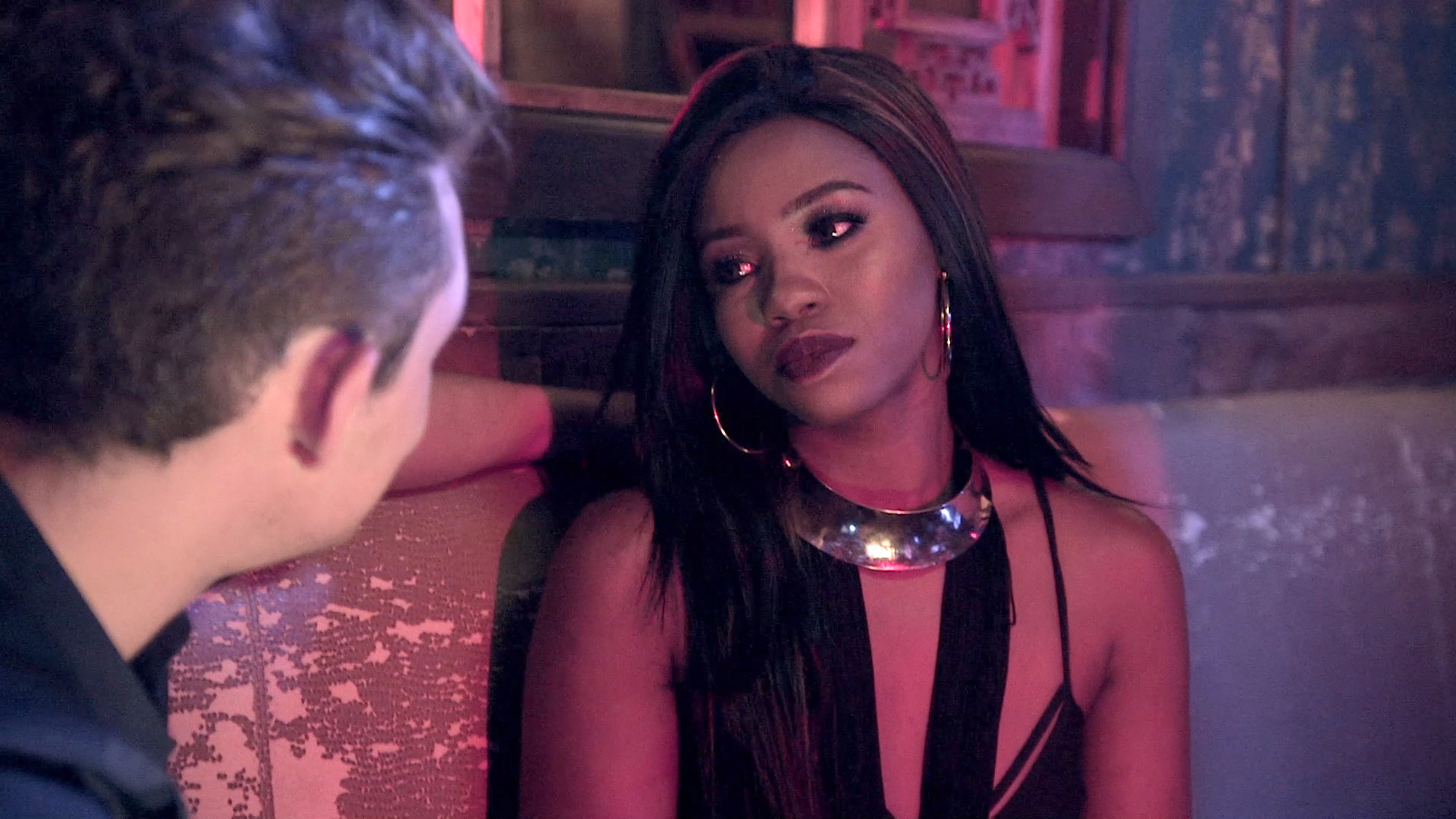 Faith Stowers was at the center of a storyline season six of Vanderpump Rules but never got to tell her side of the story. The new mom recently spilled all about her time on the Bravo show and fans want answers from Bravo.

Faith went Live with Candace Renee from Floribama Shore to speak about her experience. She says that initially Lisa Vanderpump was excited to have her on the show because they wanted a Nene Leakes-like attitude to throw into the cast.

However, the military vet didn’t give them that personality and instead stayed true to herself. Stowers was featured on the show until the beginning of season six where she was coerced into revealing that she hooked up with Jax Taylor while he was in an on-again off-again relationship with Brittany Cartwright who he ended up marrying.

Both Faith and viewers wondered why she never got to be in confessionals and was never given a chance to say her piece of the story.

‘In my opinion, I thought it was weird that everybody on the show got to do interviews and confessionals and I  didn’t even get a chance to do that to tell my story. [It] was a very interesting story, being a black woman in the military at the time at the time I was still in the army. I didn’t feel like they appreciated that. And I adored Lisa because I learned a lot from her because she’s a real businesswoman.’

The MTV star also spoke on the harassment she received from Stassi Schroeder and Kristen Doute who called the police on her and falsely accused her of being a thief. When the regular authorities did nothing, Stassi admitted to calling the military police.

The snippets from a podcast interview Schroeder completed have been going viral along with a tweet that Doute sent out comparing her to an alleged thief seen on a Daily Mail article.

Fans have been demanding #justiceforfaith especially considering this time we live in where nearly every Vanderpump Rules cast member claimed that they were going to use their time to #amplifyblackvoices after the Black lives Matter movement has risen back to the surface.