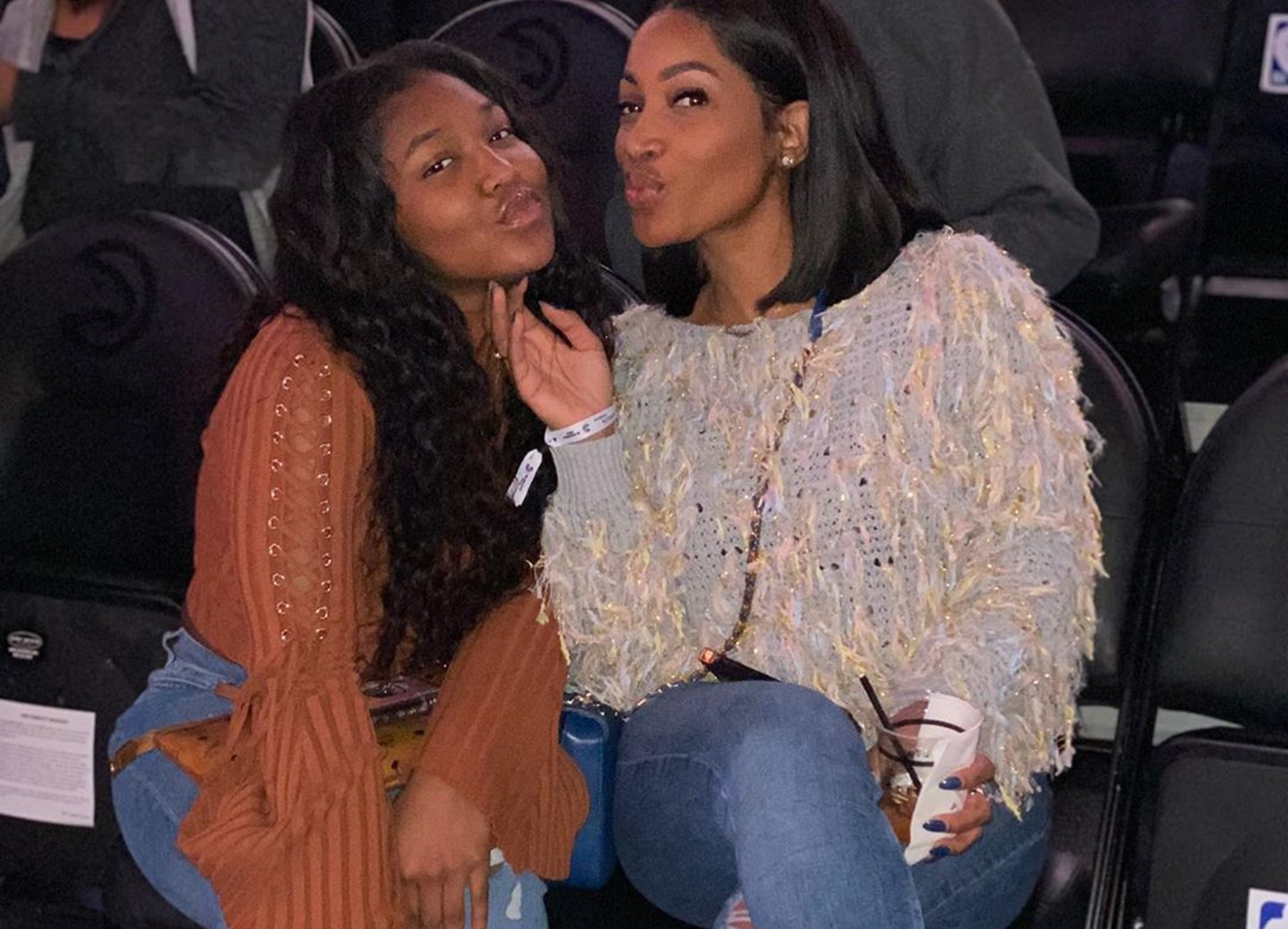 It looks like Erica Dixon’s two baby daughters have been going at each other recently, despite their young ages. Dixon wasted no time in sharing details about the minor incident online, much to the delight of many of her fans.

While some were questioning whether it is appropriate for a mother to post so much about her kids’ lives, it looks like most agreed with her, and were happy to see more footage of her pretty kids.

The problem apparently boiled down to the musical aspirations of one of the baby girls, Eryss. Her sister, Embrii, did not share her strong enthusiasm and made that clear in a moment that Dixon managed to capture on camera.

Dixon, who shares a teen daughter with Lil Scrappy, was joking around with the two girls about the fact that Embrii was trying to silence her sister from singing, and it looked like everything was done in good humor.

It did not take long for Dixon’s fans to start posting their own comments about the situation, claiming that they loved what was going on, and noting that it was a beautiful moment that Dixon was lucky to have managed to capture on camera.

Many also pointed out that the two girls were obviously well-behaved, and they were just having some minor trouble because of the age they were going through.

One fan replied: “🤣🤣🤣 I remember my twins doing something similar!!! Jayden(boy) was the cry baby while his sister Jaloni was the calm one! She was a bully too! She would take his bottle, and he would go crazy. It got to a point where he would just offer it to her first! Lol!”

Another supporter of the Love & Hip Hop Atlanta star wrote: “The fact that she’s doesn’t stop singing is too cute💞😩💞. Wow, I applaud you! I can imagine when both are crying at the same time! Omg, I would start crying myself lol I love it.”

With all that in mind, it does not seem like Dixon has been slacking off in her duties as a mother, and it actually looks like she has done an excellent job at handling her two girls so far.