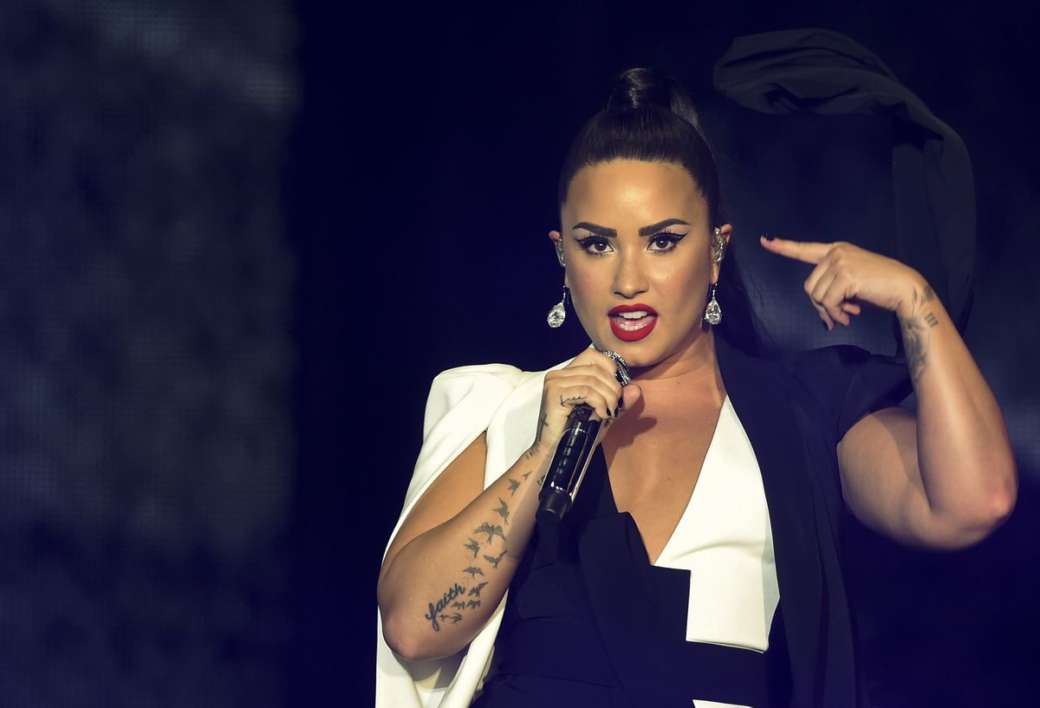 According to multiple reports, Demi Lovato and her current fiancé, Max Ehrich, probably won’t be walking down the aisle anytime soon to say “I do.” An insider who spoke with Page Six this week claimed the couple is finding it challenging to make things work.

And while it’s “not over yet,” the source shared, the couple is increasingly getting closer to breaking up. Fans of the pop star know that rumors have spread regarding their potential split after her bodyguard and sister both unfollowed him on the ‘Gram.

Moreover, neither party has liked each other’s Instagram posts for the last few months. Earlier in the year, Max came under fire from social media users when a screenshot appeared to show him liking and leaving messages under other star’s IG posts, including Miley Cyrus, Ariana Grande, and Selena Gomez.

So so so excited for you to see what I’m working on with @talkspace 👀💗😝 it’s something that’s extremely close to my heart… I encourage all of you to take care of your mental health as it's so important to be in tune and check in on yourself! Talkspace makes it super easy to connect with a licensed therapist right from your phone 💗 I'm so proud to announce that they are offering $120 off your first month of online therapy when you use code DEMI120 and visit talkspace.com/demi

Not long after, Demi came forward and claimed the screenshots weren’t real. The star claimed it was really “sad” when people faked images to pit women against each other. As it was previously reported, the pop star and Max got engaged this past month after only a few months dating.

The news of his supposed infidelity, or at least his alleged attempts at cheating, didn’t go over well with Demi, who reportedly just moved across the country to be alongside him. Currently, the actor is filming Southern Gospel.

Reportedly, the tweets in question were from 10 years ago, and Max says in the messages that Selena Gomez was prettier than Demi. Another tweet appeared to show him comparing their singing skills, with him saying that Selena was much better.

On her IG account, Demi said it was all fake and he said no such thing. Even though the messages are not real, or at least so she believes, a source who spoke with E! Online says she’s really hurt by the possibility of them being authentic.