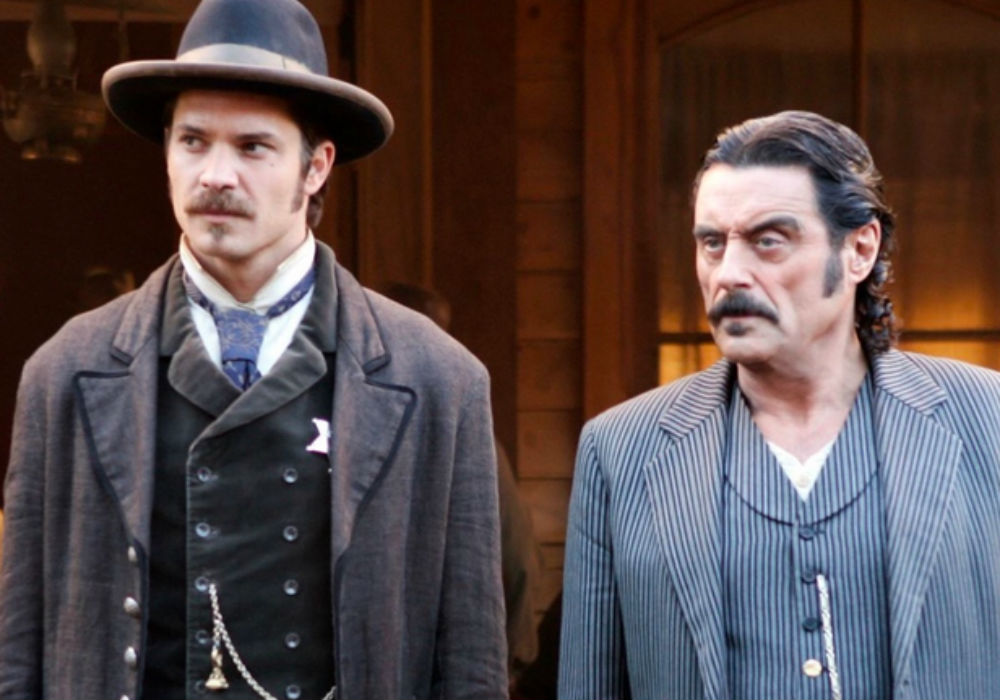 Fans have waited 12 long years for HBO’s Deadwood movie, and the first photos from the set are finally here. HBO just released a few images from its secretive filming location, including photos of Ian McShane and Timothy Olyphant back in action as Al Swearengen and Seth Bullock, respectively.

In one photo, Swearengen is shown sitting at his bar inside the notorious Gem Theater. McShane does not look like he has aged a day, and he has not lost that deadly gaze either.

The other image features Bullock, who is now working as a U.S. Marshal, walking the dusty streets of Deadwood.

According to Entertainment Weekly, the Deadwood film has taken 12 years to develop. The series, which took home several Emmy awards, was canceled in 2006 after only three seasons on air.

Rumors of a Deadwood movie have been circulating ever since the show ended, so it is great to see that production is well under way.

Fans will also be introduced to a new face in the franchise. Jade Pettyjohn is set to play Caroline in the film. Pettyjohn recently starred opposite Nicole Kidman in the movie Destroyer.

The film is set in a decade after the events in Season 3. The characters are back in Deadwood to celebrate South Dakota becoming an official state. Specific details about the plot have not been released.

HBO has not announced an official premiere date for the Deadwood movie. Creator David Milch teased that the movie might be ready for release in the spring of 2019. 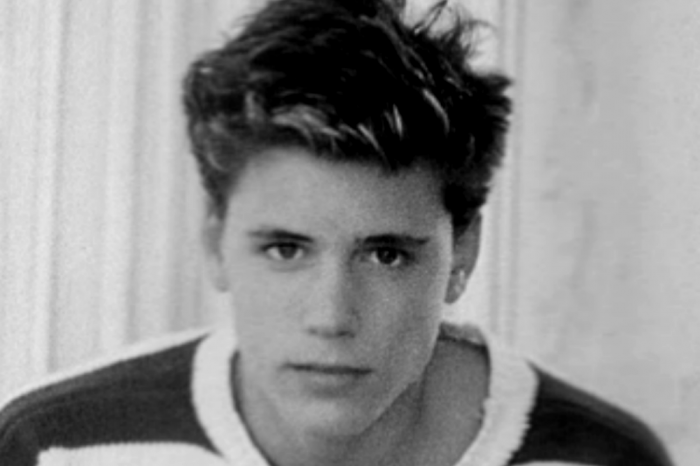 Fans Remember Corey Haim On What Would Be His 47th Birthday

I had a GREAT time filming my Featured Role in HBO’s new movie Deadwood. This is going to be a great movie and the rest of the Cast was amazing to work with! PEACE!