Channing Tatum and Jessie J’s relationship appears to be stronger than ever. The couple got back together in January after a brief split, and now Jessie is spending time with Tatum’s six-year-old daughter Everly, who he shares with his ex-wife Jenna Dewan.

Over the weekend, the 31-year-old singer shared on her Instagram Stories the fun playdate she had with Tatum and his daughter. In one clip, Channing and Everly were playing a virtual video game together. And in a second clip, the Magic Mike star asks his daughter, “Has your started yet?” 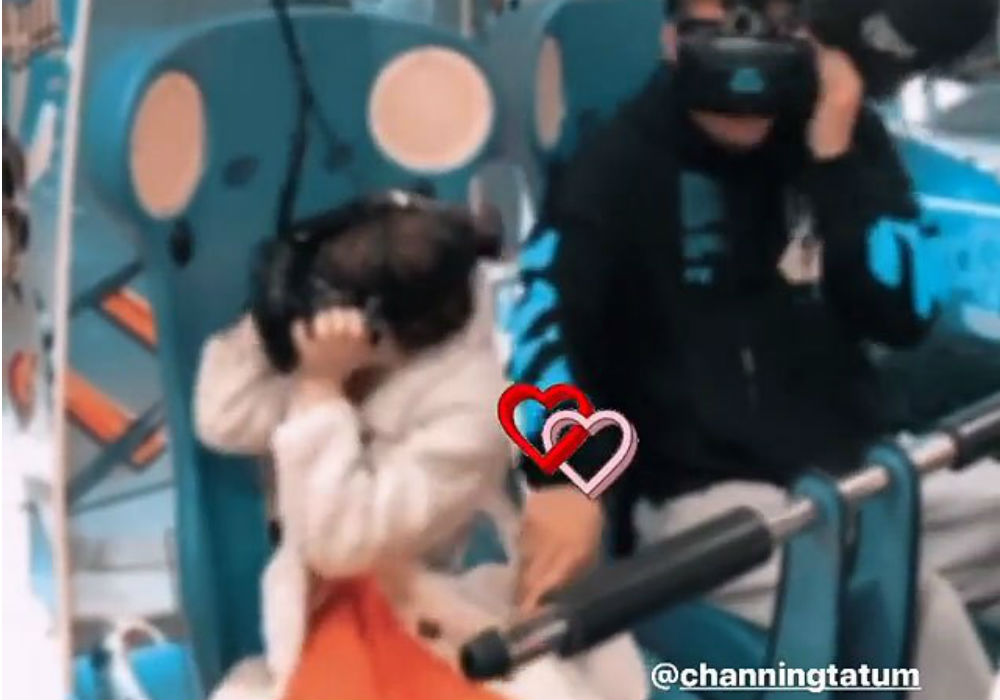 On the first clip, Jessie J wrote the caption, “A whole mood 😂🎢.” And, for the second, the singer simply captioned the video, “Superdad.”

The Bang Bang singer also posted a clip of herself with Everly during “dance party Saturday.” The duo danced together with a scarf, but they accidentally pulled on it too hard which resulted in the scarf flying through the air and knocking over a glass of celery juice.

Not long after they rekindled their romance, one of Tatum’s Instagram followers commented that “Jenna looks better with you.” And, the 39-year-old actor took the opportunity to respond to the unwelcome comment.

Tatum wrote that he didn’t usually address comments like that, but he felt it was a good example of a “terrible happy people-hating thoughtless person.” Tatum said that there was no one more stunning and beautiful to look at than Jessie, and that includes his ex.

“Sorry about your opinion. But what i said is facts. just facts. Ok bye be careful with your actions it’s what you create for yourself,” wrote Tatum. Jessie followed up on her Instagram with a video of her and Tatum kissing, and she wrote in the caption that the post was her way of showing what happens when you put the outside whispers, noise, and comparisons on mute and turn your life volume up full blast.

“When you surrender and fearlessly act on the truth that always was. Love GLOWS and GROWS in a different way. Happiness from the inside out. I love you so much baby @channingtatum The way you love me and the way I love you and the way we feel it is all that matters,” wrote Jessie J.

Meanwhile, Channing Tatum’s ex-wife Jenna Dewan is engaged to Steve Kazee and they are expecting their first child together.

Are Channing Tatum And Jenna Dewan Headed Back To Court Over Magic Mike?

Jessie J Opens Up About Being Hospitalized On Christmas Eve After Suddenly Going Deaf!