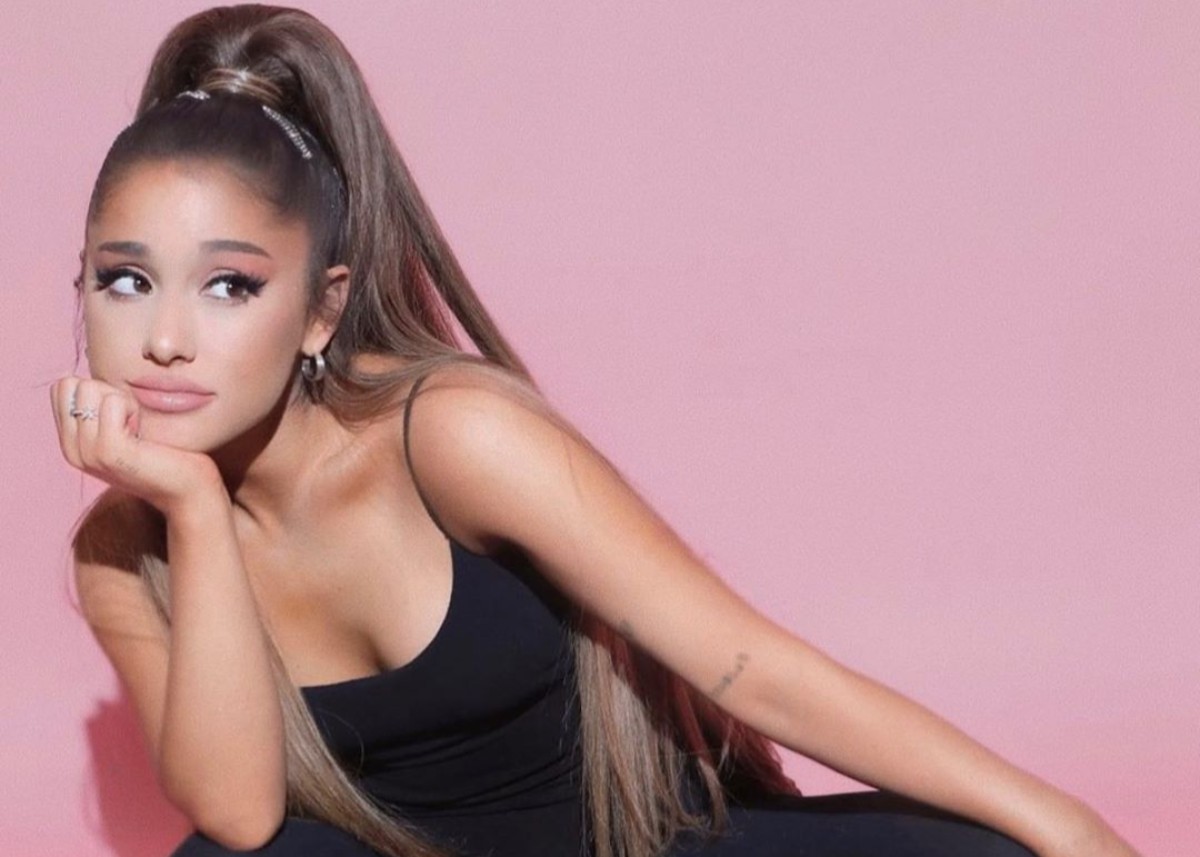 Ariana Grande is known for her beauty and that includes her iconic superlong ponytail — but did you know that isn’t her real hair? Ariana’s locks are often styled by the fabulous celebrity hairstylist Josh Liu and there is no doubt that he does amazing work with extensions and hairpieces and is responsible for many of Ariana’s looks from magazine covers and video photoshoots to her amazing hairstyles on tour. Still, there is something to be said for what the good Lord blessed Ariana with and that is a full head of luscious, raven curly locks!

It’s a rarity to see Ariana sporting her naturally textured hair and for those who are used to seeing her sleek-straight waist-length ponytails, it can be a bit of a surprise to see her hair is completely the opposite of what she’s known for. She isn’t the only celebrity to hide a mass of gorgeous curls under straight hairpieces and wigs either. Cardi B recently went viral for showing off her natural hair and many people responded that she looked gorgeous with her voluminous curls!

Now, Ariana has shared a photo of her real, natural hair on Twitter and her fans are freaking out. It isn’t the first time the public has seen her real hair. Even Josh Liu has shared photos of her curls, but it certainly is a rarity. Just as with Cardi B, the feedback Ariana is getting may be enough to make her ditch the ponytail and embrace her curly-headed beauty!

You may see the photo that Ariana Grande shared on her official Twitter account below. Her mother and even singer Katharine McPhee Foster responded with praise for her curly locks.

get a load a dis pic.twitter.com/2SPx6f3fbA

The photo has gone viral and sparked a discussion about Ariana Grande’s many hairstyles. For the most part, Ariana wears her hair long and straight. For a while, she was a platinum blonde, but she certainly isn’t known for having curly hair, like she truly has.

You may see a video that features many of Ariana’s classic and iconic hairstyles below. Most (if not all) of the hairstyles were created by Josh Liu.

natural curls coming in strong with a little tlc 🖤

natural curls coming in strong with a little tlc 🖤

What do you think about Ariana Grande’s naturally curly hair?

Were you surprised to see how different she looks with her natural hair? Which look do you prefer best on her?