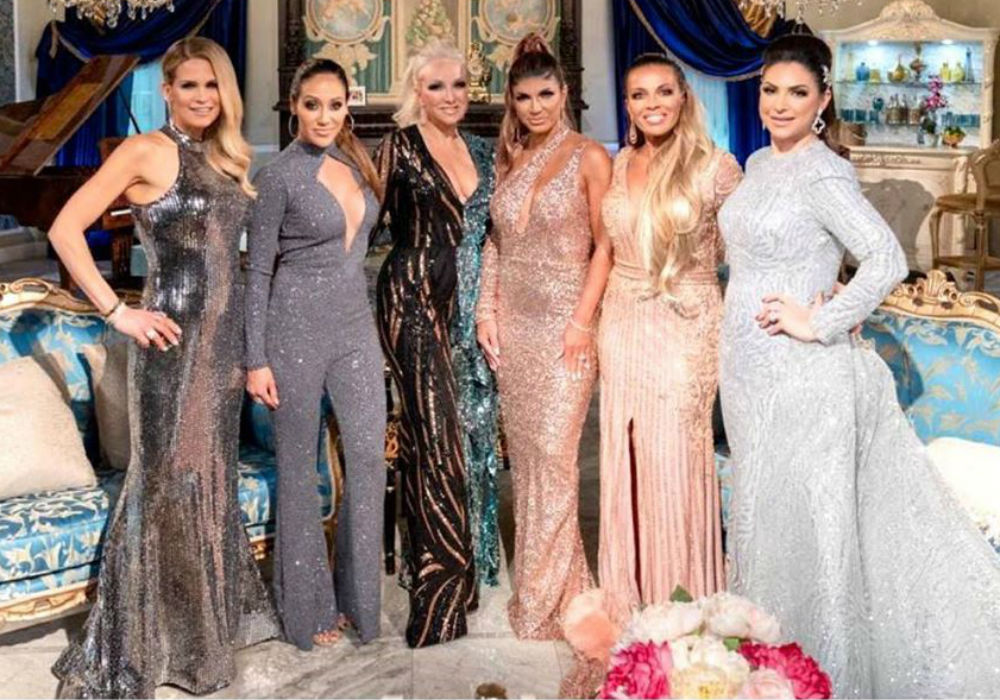 Fans have been waiting anxiously for the Season 10 trailer of the Real Housewives of New Jersey, but Andy Cohen says they are going to have to be patient and wait a little bit longer. Cohen tweeted earlier this week that he just saw a cut of the trailer, but “it’s not there yet.”

Some fans couldn’t help but complain when they heard the news. One fan pointed out that the ladies of RHONJ finished filming months ago, and Cohen has pushed back the date for the trailer release three different times.

Surrounded by love! Good times making memories with the one and only @bravoandy & @rezafarahan @melissagorga ❤️🧡💛💚💜💙

Cohen understood the frustration, but promised that this won’t affect the Season 10 premiere date, and he thinks the trailer will be ready by October 1st. Melissa Gorga also knows how badly fans want to see the trailer, and she promised it was coming. She teased fans by posting a clip from Season 10 that featured her bringing in men’s wear to her Envy boutique.

According to AllAboutTRH.com, the main drama during Season 10 will involve Jennifer Aydin, Margaret Josephs, and Jackie Goldschneider, and fans should expect to see “drinks being thrown, broken glass, physical fights, and a purse being lit on fire.”

An insider calls Season 10 “the year of Jennifer Aydin,” as she will be bringing some serious drama, along with Josephs. The source adds that Danielle Staub will be in the middle of it all, too, by fighting numerous times with Melissa Gorga. And, one argument leads to a physical altercation.

The source admits that Staub’s friendship with Teresa Giudice sparks a lot of drama among the rest of the cast, and it results in a major blowout in the Hamptons.

If you’re not up-to-date about what went down during Season 9, the insider says it’s time to get caught up before the new season premieres.

I know how bad you all want the #RHONJ Trailer🙌🏼🙌🏼 It’s coming!! Here’s a little tease from season 10!! @envybymg going strong & I’m bringing in the men!! @bravotv

“The feuds and drama from season 9 continue and intensify in ways no one could imagine,” reveals the source.

Giudice main storyline this season will be all about her “family stuff,” as her husband Joe sits in an ICE detention center and waits for the outcome of his deportation case. Fans will also get the chance to see her daughter Gia and Frankie Catania possibly turn their friendship into something more.

The insider also claims that the ladies rented a big house at the Jersey Shore for the season finale.

Bravo has not yet announced the premiere date for Season 10 of the Real Housewives of New Jersey, but the expectation is that it will happen sometime this fall.