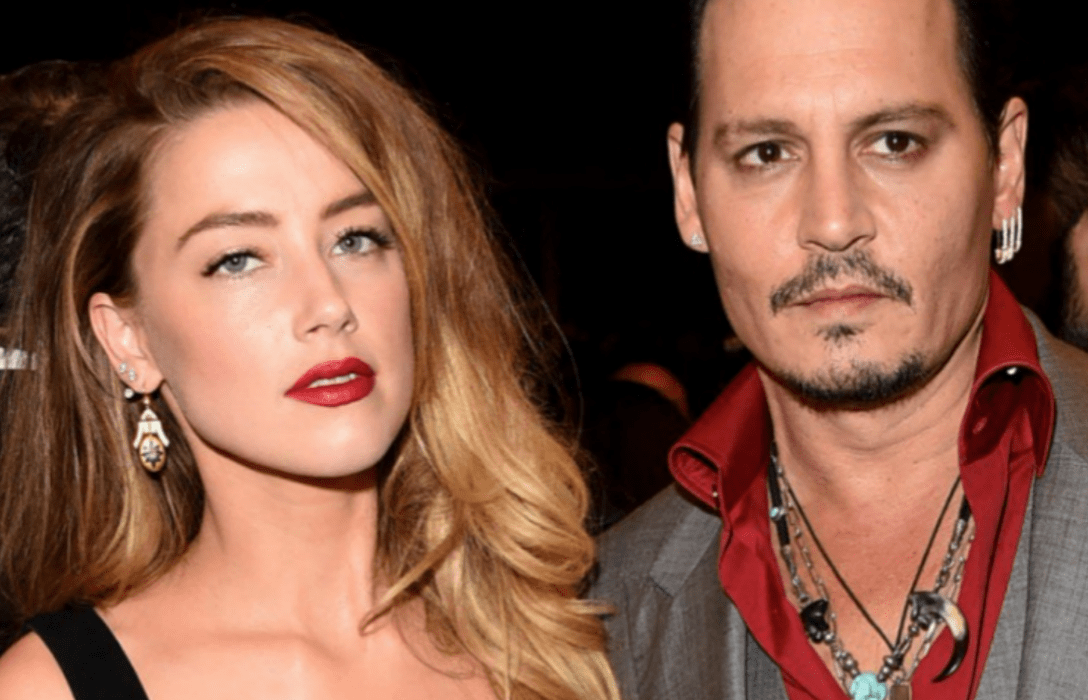 Johnny Depp’s online support base is growing as more people are siding with the actor, singer, and musician regarding alleged domestic violence involving his ex-wife Amber Heard. Preparing for a new album with “Hollywood Vampires” social media has shown a shift in the conversation surrounding Depp since the Blast released a new photo of Johnny with a black eye.

Depp is currently suing Amber Heard for $50 million in a defamation lawsuit and the photo shown below is part of the suit, according to the Blast.

According to court documents, Johnny Depp is suing Amber Heard over an article she penned for the Washington Post where she took the viewpoint of a domestic abuse survivor. Depp says that she isn’t a victim of domestic abuse, therefore the article is defamation.

As more people follow the case and are browsing through court documents, they are responding with support for Depp and some are attacking Heard online.

Amber Heard continues to state she is a domestic abuse victim who is fighting the good fight.

You may see the photo and exclusive report from the Blast below. The photo of Johnny Depp with a black eye whom the actor states was caused by Amber Heard, has gone viral.

EXCLUSIVE: Johnny Depp claims Amber Heard left him with a black eye after a fight the couple had in 2016. https://t.co/2atojn6xSo

Some social media comments aren’t just showing sympathy and support for Johnny Depp but there are calls for justice.

On Tuesday, Johnny Depp began trending on Twitter with countless supporters sharing comments, memes, and even jokes about how the tables have turned and now people are viewing Johnny Depp as a victim.

Not everyone believes the fault is Amber’s. There are some who have left comments suggesting the two were both fighting and hurting each other.

Some are saying that Johnny Depp needs plenty of love, care, and support during this time as they believe he was the victim of an assault yet remained silent.

For some reason Johnny Depp is trending even though the news is days old at this point. Apparently people feel bad for cancelling him because more evidence is coming out that he was the victim and Amber Heard was the abuser in their relationship pic.twitter.com/rTUAyAq9Rv

As more people read the Blast’s story and look at the photo of Johnny Depp’s eye, sympathy for the actor has increased significantly. So much so that people are trying to figure out why Depp is suddenly trending.

What do you think of the recent report from the Blast and photo showing Johnny Depp with a black eye? Do you believe he is a victim of abuse? Are you going to follow Depp’s lawsuit against Heard?

Very few believe her. I’ve read so many comments on this topic and majority believe Johnny.

So relieved to see the truth finally coming about. She made her big mistake by continuing to open her mouth. Depp & his attorneys played it smart by waiting until she libeled him to produce the evidence. I’m sure she doesn’t have anywhere near the $50 million in damages he is entitled to, but the opportunity to show the world what a lying trap she it, priceless.

I didn’t believe for the first time she came out with those allegations you can tell she’s a snake and an opportunity us and she took advantage of one of the kindest sweetest man who had so much power in Hollywood and what yet was so humble and down-to-earth he deserves way better than that. I hope she goes to jail and Moses her career and doesn’t even get a chance to be in peanut butter commercials. She’s fake she’s over-the-top you can tell that everything she says is BS and what she put this mentor she has to pay the price she needs to prison time and she also needs well obviously she can’t pay back 50 million she doesn’t have it but good for him let them go after her she deserves it if he’s been with six women And none of them said he ever abuse and why would he pick her to start fighting with I believe she was the one who abused him just like he she abused her girlfriend and 2012 she’s sick she’s manipulative and she uses her beauty to drop people and destroy their lives. I hope her days are hot in Hollywood and soon very soon she has no talent and the only reason she gets back just because of her luxe she’s fos. He should’ve never gotten near her there are plenty of beautiful women with good hearts I’m so sorry Johnny I’m a huge fan of yours you’re an amazing person and you seem so down to earth and you actually are a powerhouse in Hollywood and don’t have the ego that she has she used to you I’m sorry to say and any woman would love to have you you’re gorgeous you’re talented you have everything!

It’s not “both people fighting” when one abuses the other. Johnny didn’t fight back when Amber punched him, he left the condo. Stop trying to gloss over abuse by trying to call it a “fight.” Abuse is abuse, even when it’s a woman abusin a man. Johnny Depp deserves this vindication. I’m glad he’s standing up for himself. #MenToo

Yes, the evidence has been there all along.
Just the fact that she didn’t remember the abuse before five days after she filed for a divorce and two days after Johnny Depp said “No” to her demands for this and that should have clued some journalists and the like into something being fishy about her story.
But she’s young, beautiful, blond, sexy – so quite a lot of the men could probably not see past that. The women didn’t want to admit, that one of our own kind – a woman – could also be both a abuse and a liar. Plus some might have thought Johnny needed taken down a peg or two – or more – after all his success with the Pirates movies and people loving him so much …

It’s about time Depp’s side is given a voice after 3 years of being trashed in the media as well as online. This support, some of the evidence and calls for justice have been there/available from day one, only none of it received much if any coverage at all. Instead, “source close to” was continually quoted with further ridiculous rumours but the debunking never received any coverage. Anyone remember artwork by punk rocker/artist Tommy Henriksen on the walls of Depp’s studio presented as evidence of living in squalor? No one even covered Henriksen’s response! But no surprise there, the story of a man’s “fall from grace” is so much easier to write and to believe. And yes, I am one of those people who respect Depp for NOT spiralling out of control – or worse – and maintaining his dignity and silence until his ex left him no choice but to respond if he didn’t want to suffer even more damage both professionally and to his image. Perhaps now people and especially “journalists” think twice now before judging and condemning anyone in the court of justice? Well, if the case of Gary Oldman is anything to go by… I’m not holding my breath.

Always believed him and that Scumber was out for fame. Glad people are seeing his side and that the so called “victim” is indeed the abuser. #isupportjohnnyalways

i am so happy that people are latching on to the truth…at last. I have known in my heart from day one of this mess that he has done nothing wrong.
I will follow the case and support him.
He is the victim in this and not her. I hope that he wins and this will put an end to people going after Johnny for something he did NOT do.

not surprised Depp is drawing more support online since the Blast released the picture of his black eye. amber’s days are numbered in Hollywood, where she has no work lined up anyway, so no big loss. keep reading legal documents, available online. reread them, educate yourselves!
#JohnnyDeppIsInnocent #WeAreWithYouJohnnyDepp
#AmberHeardIsAnAbuser