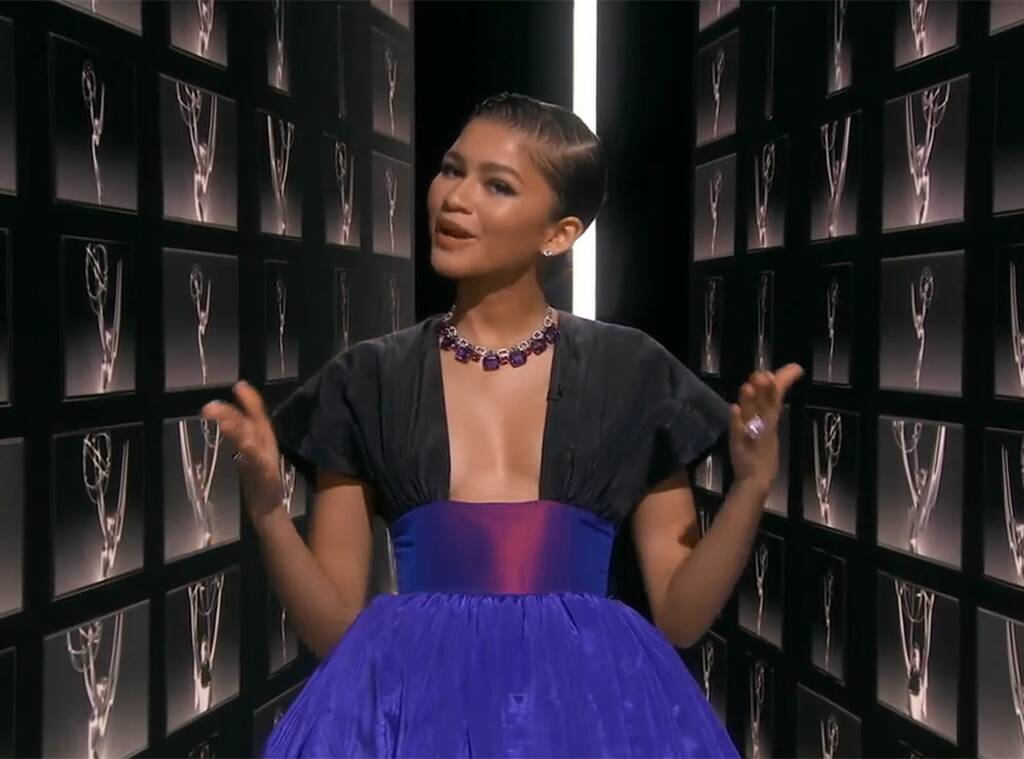 What a special way for the actress to show her love for fashion! Zendaya stunned at the virtual 2020 Green Carpet Fashion Awards, by wearing a true vintage Versace dress that was made the very year that she was born!

Fans are already used to Zendays always slaying award season but, this time around, her dress for the latest event had a rather special meaning, in addition to the Euphoria actress just looking great in it!

The 24 year old was honored with the Visionary Award as well and in her acceptance speech, she made sure to express just how excited she was to receive it.

‘This is an incredible honor, it means the world to me. I think fashion has always truly lived in my heart ever since I was very, very young. I love clothes and I think it’s so much more than just clothes. I think it’s art, it’s emotion, it’s feeling, and to me, through clothes, I’ve been able to find myself and be more confident in myself… growing into my womanhood,’ she stated.

But, as mentioned before, the award she received was not the only reason why she stole the show!

Obviously, Zendaya also got a lot of attention for her vintage dress that was made in 1996, which is also the year she was born!

I think she’s the prettiest girl in the world…. @zendaya for the Green Carpet Fashion Awards wearing @bulgari and Archive @versace from Fall 1996 collection… the same year she was born!!! Oh hey @darnellappling

Law Roach, who styled her for the night, posted on social media, a video in which she was posing in the incredible design with the caption: ‘I think she is the prettiest girl in the whole world…. @zendaya for the Green Carpet Fashion Awards wearing @versace from the Fall 1996 collection… the same year that she was born!!!’

He also further told the press that ‘She was born in 1996, so I thought that it would be fun to wear something from that year. It is taking her back — if Zendaya had been of age then, maybe she would’ve been a Versace model.’