It appears that getting fired from Vanderpump Rules has brought Stassi Schroeder and Kristen Doute back together. Earlier this week, the former friends were spotted having lunch with their Witches of Weho partner, Katie Maloney, implying that everyone has reconciled amid the major VPR cast shakeup.

This is the first time that the three had been spotted together since Bravo fired Schroeder and Doute from Vanderpump Rules last month. Schroeder and Doute lost their jobs after former SURver Faith Stowers told Candace Rice during an Instagram Live interview about her experience on VPR as the only black cast member. 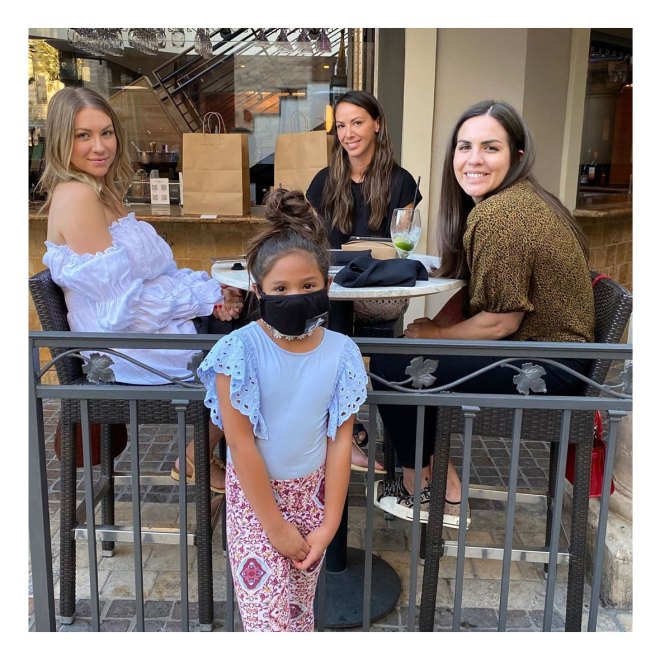 Stowers revealed that Schroeder and Doute called the police on her and falsely reported that she was a robbery suspect as revenge for sleeping with fellow cast member Jax Taylor.

Vanderpump Rules fan Julianna Gamiz - a child actress - spotted Schroeder, Doute, and Maloney having lunch together on Wednesday, July 8, at La Piazza restaurant at the Grove in Los Angeles. The three agreed to pose for a pic with Gamiz during their lunch, and Gamiz says all three girls were “super nice.”

“We totally interrupted their dinner to get a picture but they were so sweet about it. We even got a chance to congratulate Stassi on her pregnancy,” said Gamiz and her mom.

Schroeder is currently expecting her first child with her fiance, Beau Clark.

According to AllAboutTRH.com , Schroeder, Doute, and Maloney also got together for Stassi’s birthday party in late June at the home Maloney shares with her husband, Tom Schwartz. Clark and Taylor were also at the party, along with Doute’s boyfriend Alex Menache .

The reconciliation between Schroeder, Doute, and Maloney is a big turn of events, considering fans watch their friendship disintegrate during Season 8 of Vanderpump Rules . On the Aftershow , Schroeder explained that she and Maloney had a falling out with Doute after dealing with “this constant cycle” for years of Doute being dishonest about her relationships.

At the time, the issue was Doute’s now ex-boyfriend, Carter.

In addition to their broken friendship, the trio lost their Witches of WeHo wine brand. It was pulled from shelves after Schroeder and Doute were fired, but they all have still managed to make amends.

An insider recently told Us Weekly : “While they wouldn’t consider themselves ‘best friends’ at the moment, their personal drama with each other has taken a backseat and they’ve been able to reconnect a little and be there for one another.”

How Pete Davidson Acted When He And Kim Kardashian Broke up