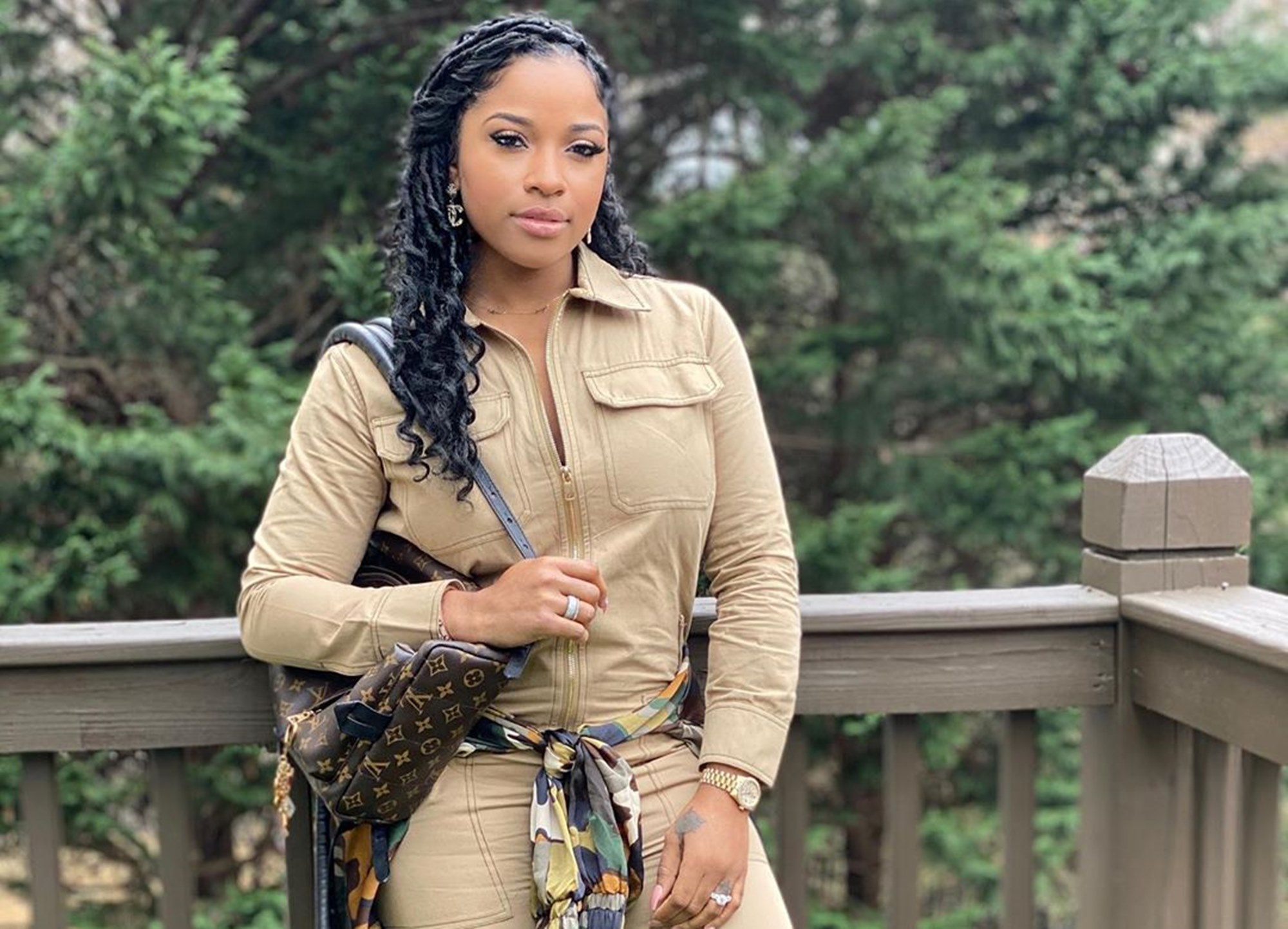 It is not often that Toya Johnson gets her fiancé, Robert Rushing, to appear on camera — the truth of the matter, thus far it had been impossible to get the businessman on TikTok.

However, this week, Toya found the right game, and Robert decided to play along.

The parents of baby Reign had fun on a modern version of the newlywed game, where they were asked a series of questions to see if they know each other.

I got @mrrushlife to play a Tik Tok game with me… he don’t want to dance with me but he like this game. 🤣🤣 follow me on Tik Tok #misstoyajohnson

Fans discovered who initiated the first kiss, who is grumpy for food, and who takes forever to get ready.

Toya recently made headlines by talking about the loving relationship between her daughter, Reginae Carter, and her father, rapper Lil Wayne.

She told Hollywood Life: “The good part about it is that her dad always keeps it real, and lets her know what’s going on. We all try to instill good qualities and teach our kids good values. But of course, as they get older, they tend to take their path, and we pray that they stay true to the good qualities that we instilled within them. And Reginae makes us proud. She’s independent. She’s strong. She’s smart, and she’s not a fool. She was young and in love, and she learned, so that’s a blessing.”

She say her name is Reign Rushing CoCo.lol 💕 Hoodie: @shopkellycouture

Tiny Harris’ BFF added: “They did a song together on his last album. And he has an idea for her to do another project with him. I think her real passion is in acting, though. I think she’s good at it. She can do both, but acting is more of a love for her; it’s something she enjoys a little bit more.

That facial got my skin poppin! ✨

She also explained: “I think these studio sessions and the songs with her dad are just something that they can bond over because he loves being in the studio, and he loves producing, and he loves recording. So I think it’s just father and daughter bonding time, something that they can come together and do and have fun with. I don’t know about what their plans are, though, about putting music out together.”

Fans are eager to see Toya and Robert get married and give Reign a sibling to play with, in the near future. For the time being, the viral videos will do.

Toya Johnson Reveals Her Birthday Party Scheduled For This Weekend

Tamar Braxton Will Fix Hair Disasters One Head At A Time! Here's Her Exciting Announcement