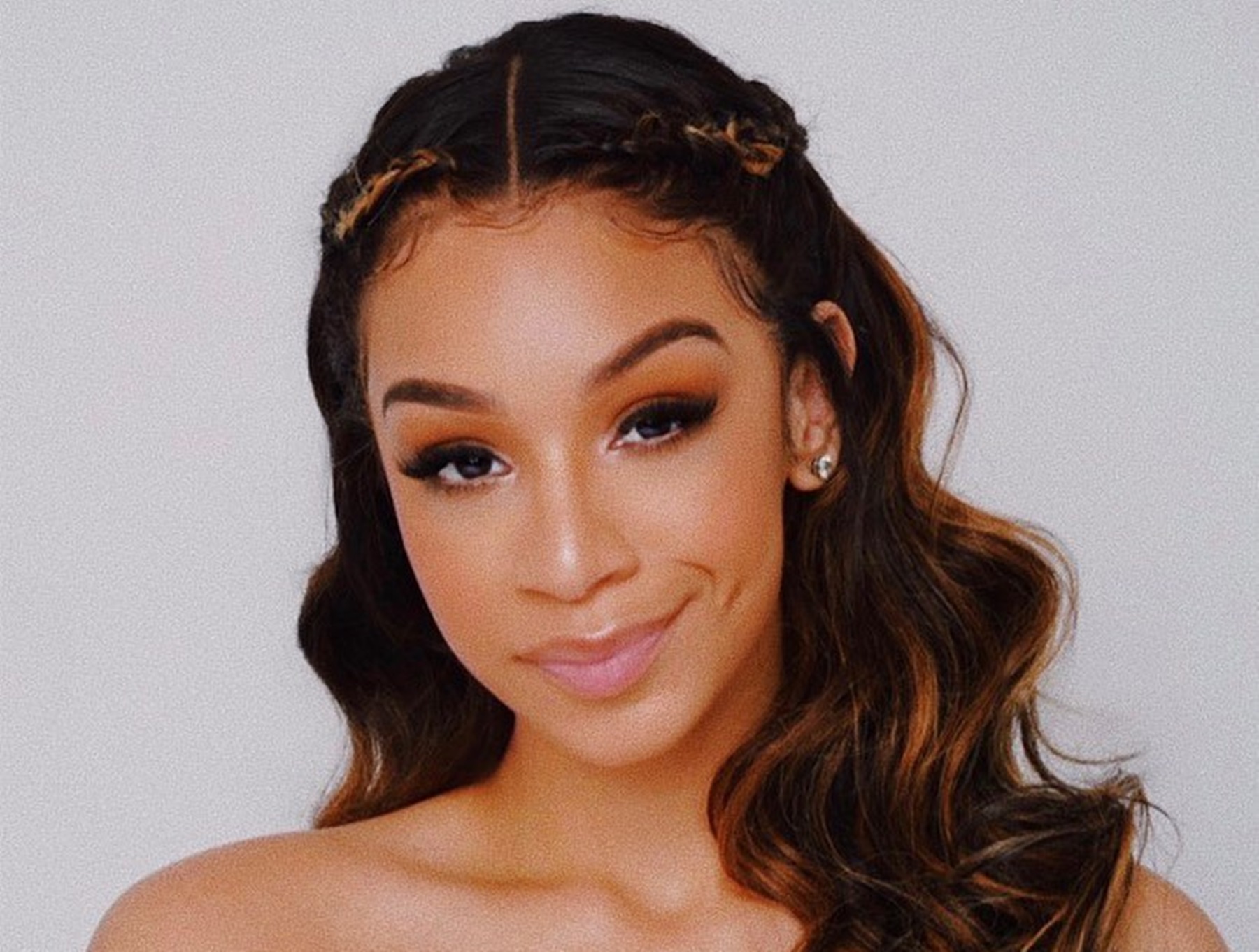 T.I.’s daughter, Deyjah Harris, is making her fans gush over her sweetness in an adorable photo where she is spending time with her mother, Ms. Niko.

Tiny Harris’ bonus daughter is featured in a cute photo where both she and her mom are wearing shirts from Kimora Lee Simmons’ Baby Phat.

Many rushed to compliment the mother/daughter duo on their beauty and the fact that Ms. Niko looks like a teenager herself.

One fan said: “I’m made y’all look more like sisters than mother and daughter. So you mean to tell me I throw away all my baby fat clothes and they still wearing it 🤷🏽‍♀️🤦🏽‍♀️ damn it!😍.”

This backer shared: “Twins, and two GORGEOUS twins at that!!! Great job you did, mommy!! 😍😍😍😍💯💯❤️ your looking right about her age #blacknevercracks.”

Miss Deyjah has been making progress on social media and has been gaining a following of her own, and while it is not clear if she is planning to walk in the same footsteps as her famous father, the teen has at least demonstrated an excellent ability to engage her audience and keep everyone glued to their seats with her photos and comments.

I SAID TO MYSELF💭, SELF🤔…SHOULD I WAIT ‘TIL WEDNESDAY😻 TO POST THIS?!? AND THEN I SAID, NAAAAHHHHH…THEY GON’ GET THIS WORK #TUHDAY😜❣️❣️❣️ BAE @majorgirl💋 CAME THRU LOOKIN’ #FYE🔥 LAST NIGHT🙌🏽❣️❣️❣️ GIIIIRL YOU KNOW I LOVE YOU TO THE MOON AND BEYOND💫💙❣️❣️❣️ AND @thatshekinah GOT THE PIC LOOKIN’ EXTRA #LITTY😜💯…WE NEED TO JUST GON’ ‘HEAD AND START A GROUP🤷🏽‍♀️😂💋❣️❣️❣️ #DeyjahsMamasShowedUpANDOut💃🏾👑

Recently, one of her commenters tried to troll her about being too revealing with her outfit, but it looks like Deyjah did not want to hear any of that, and has inherited a thing or two from T.I. with regards to her ability to express herself.

SINCE IT IS MY SWEET BISCUITS BIRTHDAY🎂🎉, I HAD TO THROW IT BACK TO THE #BabyPhat🖤 DAYS❣️ I USED TO DRESS ME AND MY #MINIME👯‍♀️ @princess_of_da_south👸🏻 ALIKE A LOT WHEN SHE WAS LITTLE😂🤷🏽‍♀️❣️ AND WHEN IT WAS TIME FOR PICTURES, I MADE SURE WE WERE ROCKIN’ THEM MATCHING BABY PHAT OUTFITS💯😂❣️❣️❣️ I EVEN THREW A COUPLE OLD PICS I FOUND🥰🥰, SWIPE THROUGH AND CHECK ‘EM OUT🤗😘💋❣️❣️❣️ HELL, TAG @babyphat ‘CAUSE I’M TRYNA GET US A PAID SPONSORSHIP💯💰🙏🏽😜💋❣️❣️❣️

The troll claimed that girls like Deyjah were apparently the reason why men were going to jail, alluding to the fact that she was still 17 at the time but was showing off her looks on social media in full makeup and in a tight outfit.

ON SOME REAL SH*T THO…CALI☀️ HAS THEE💯 BEST F*CKIN’ DOUGHNUTS🍩🙌🏽!!! I’VE ALREADY EATEN AN EXTREME AMOUNT OF THEM…I TALKIN’ AN ABSURD AMOUNT😳!!! SO I MAY HAVE TO TAKE ALL MY BIKINI👙 PICS IN ONE DAY, AND JUST SPREAD ‘EM OUT🤷🏽‍♀️💯😂!!! SHOUT OUT TO @danny.blaq🥴 ON PHOTO CRED📲…AND FOR THE ASSIST ON THESE EXTRA 10 POUNDS🍩🖕🏽❣️

Deyjah quickly fired back, noting that the men who go to jail for this sort of thing are simply pigs and are not right in the head, and that there is nothing wrong with girls wearing makeup.

She added that someone like him must have a perverted mind, and gave the middle finger to him and anyone supporting him.

Comments following her own were somewhat divided, with some of her fans defending her, while others noted that she could perhaps tone down her appearance to some extent.

However, Deyjah definitely does not seem to share these thoughts, as she has a pretty strong attitude of her own, much like her famous rapper/activist father.

Kenya Moore And Marc Daly's Split Shocked Her RHOA Co-Stars - The Ladies Had No Idea They Had Problems!