T.I. Could Not Be Prouder Of His Son, King Harris – Check Out The Latest Photo That The Rapper Shared Together With His Son 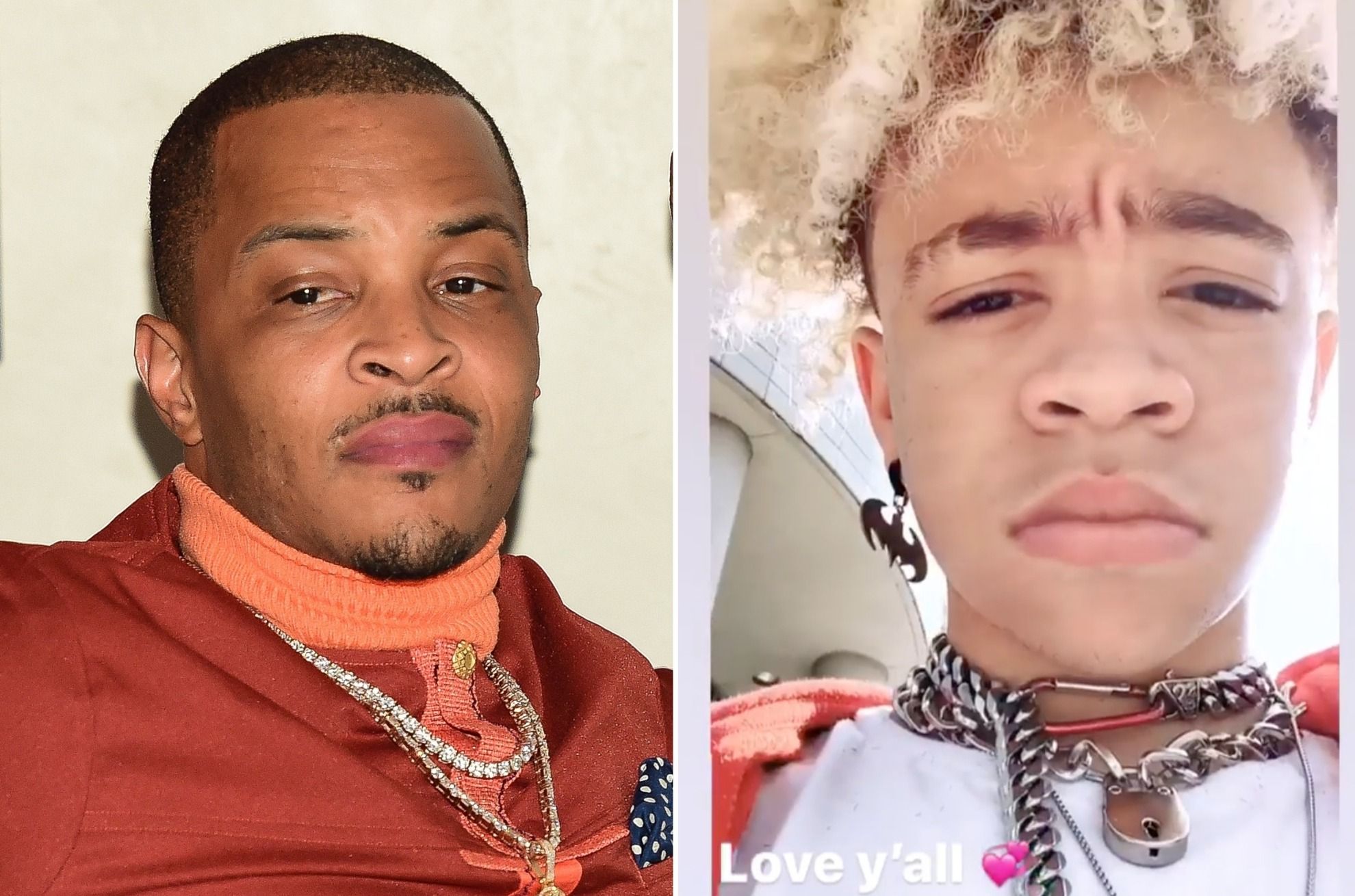 T.I. is always praising his kids, and he’s doing this on his social media account as well, each and every time he gets the chance. He’s now praising his and Tiny Harris’ son, King Harris.

Check out the photo that T.I. shared on his social media account with his son.

‘I don’t know who need to hear this but… This one here comes with extreme consequences. No exceptions, No exemptions. 🚫🧢 #WitLoveAndRespect😉 #2Kings👑👑’ Tip captioned his post.

A worried follower told Tip: ‘Stop making your son a Target bruh he ain’t bout that Life keep him safe and alive because real ones will test him.’

I don't know who need to hear this but… This one here come wit extreme consequences. No exceptions, No exemptions. 🚫🧢 #WitLoveAndRespect😉 #2Kings👑👑

Someone else said: ‘You love your family all of them with extreme measures and that’s how it is supposed to be.’

A follower told Tip: ‘Hold and cherish your baby’s with all you got. I just lost someone so important to me today in a mass shooting. God bless this world and your beautiful family, Tip.’

A commenter said: ‘@troubleman31 🙌🙌🙌 and they can’t say he can’t hold his own cus the world knows he can, but with a father behind him like u he will have the world at his feet.’

Some of Tip’s fans brought up the help that Tip tried to offer a man who was executed in Alabama.

You might be familiar with the case, but here are some details just in case you are not.

CNN reported that Alabama executed inmate Nathaniel Woods for the crimes that he committed.

Back in 2004, he murdered three Birmingham police officers, and according to the state corrections dept. he was executed. He was pronounced dead at 9 p.m. local time.

A lot of people in the community tried to stop this, but it was in vain.

Tiny Harris and T.I. were just some of the people who raised awareness about this case.

A commenter told to Tip: ‘Glad we made a small difference with the Nate woods petition,🙏’ and another fan said: ‘Thanks for everything you and @shaunking did for Nate & everyone that called in and signed 🙏🏾’

Tip’s fans were grateful to him for all his help.

Porsha Williams Shares Footage From Her And Her Sister, Lauren Williams' Day Out