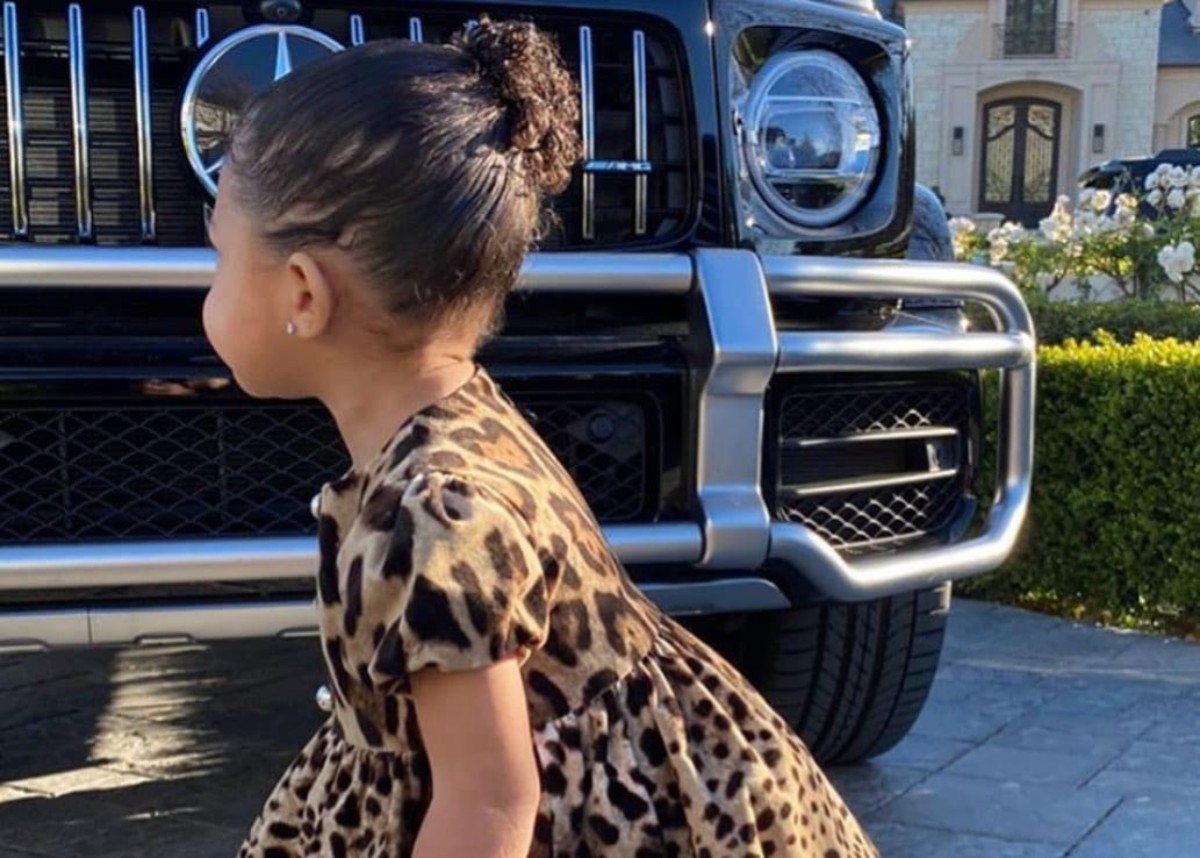 Kylie Jenner may be known for her fashion and sense of style, but so too is her two-year-old daughter Stormi Webster. In fact, little Stormi has made multiple headlines for wearing matching, designer and Haute Couture outfits as her mother. Recently, little Stormi has been making headlines for wearing a leopard print Dolce & Gabbana dress. Though the Kardashian/Jenner kids are at the rough and tumble stage where children love to make messes, they are often seen wearing very expensive outfits. Stormi’s Dolce & Gabbana dress costs approximately $700-$800 depending on the outlet where you purchase it. Though that might be a pretty penny for many to spend on a toddler’s dress it’s spare change for Kylie Jenner who became the youngest self-made billionaire in 2018.

Kylie shared a photo of Stormi wearing the leopard print dress as she played outside and fans loved the look for the adorable tot. The dress features different sized spots in the leopard-print pattern. Kylie paired the look with a pair of Nike Toddler Force 1 ‘06 white sneakers that cost approximately $50.

Additionally, Stormi was spotted wearing a pair of Disney Tinkerbell, light-up wings and demand for the costume increased. Unfortunately, the wings aren’t available at this time.

You may see a video featuring Stormi in the Dolce & Gabbana outfit below?

Kylie Jenner often chooses matching outfits for herself and her little mini-me. At the Kardashian/Jenner Christmas party in 2019, Kylie and Stormi wore matching emerald green gowns by Ralph & Russo. Again, Kylie chose to have Stormi wear white sneakers with her elegant gown. It isn’t uncommon to see top designers share their sketches for Kylie’s gowns on their official Instagram accounts. When they do, they often include sketches for Stormi’s designs.

Is there any doubt that Stormi is going to grow up to have a love of fashion when she’s already a little fashionista?

You may see a photo slideshow and videos of Stormi Webster from birth to two-years-old in the video player below. Notice how from birth Stormi was wearing fashionable outfits and twinning with her mom, Kylie Jenner.

What do you think about Kylie Jenner’s little mini-me and her designer outfits?

Do you use the way Kylie Jenner dresses Stormi as inspiration for dressing your own little girl?