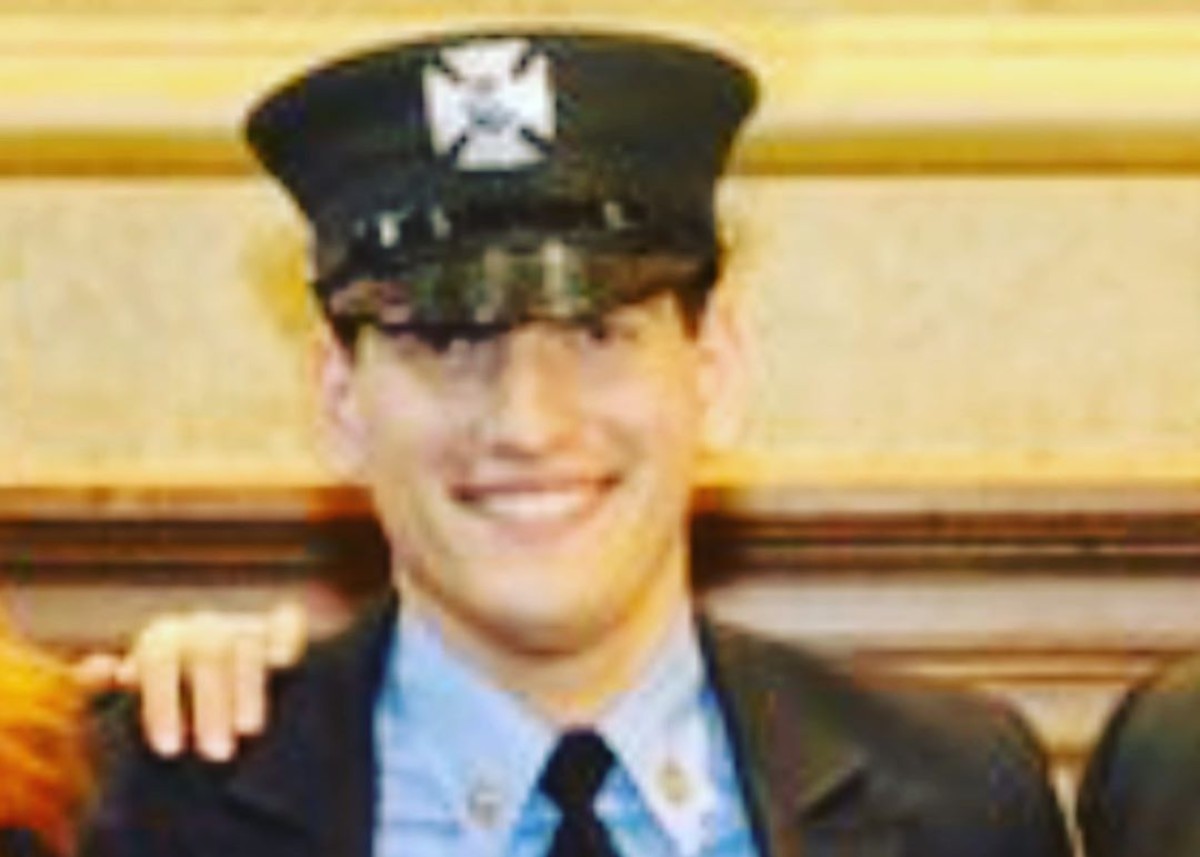 He may be Bruce Springsteen’s look-alike son but he has chosen a different path for his life. Congratulations are in order for Sam Springsteen, son of Bruce and Patti Scialfa Springsteen, who has officially become a New Jersey firefighter. At 26-years-old, many thought that Sam might follow his dad and enter the music industry, but Sam had other plans. Patti shared the exciting news about Sam’s accomplishment and service to his community on her official Instagram account where she has 123,000 followers.

Sharing a singular photo of Sam wearing his firefighter uniform and cap and a photo slideshow of two pictures, fans were thrilled to see that Sam has achieved his dream and chose to stay in New Jersey where he will serve the community.

You may see the photo that Patti shared featuring Sam and the comment she left below.

⭐️follow that dream⭐️ SO PROUD and Happy for you!!
Congratulations to everyone who was there yesterday…. Thank you and stay safe!!!❤️❤️❤️❤️❤️❤️

⭐️follow that dream⭐️ SO PROUD and Happy for you!! Congratulations to everyone who was there yesterday…. Thank you and stay safe!!!❤️❤️❤️❤️❤️❤️

A post shared by Patti Scialfa Springsteen (@officialrumbledoll) on Jan 15, 2020 at 2:14pm PST

Patti made it clear that being a firefighter was her son’s dream and that he is witnessing the result of his hard work paying off. Patti and Bruce support their children in all their endeavors. At 26, Sam is the youngest of the couple’s three children who are all extremely close in age. Evan James is a musician and is 29-years-old and Sam’s sister, Jessica Rae is a champion showjumper. Jessica is 28-years-old.

A post shared by Patti Scialfa Springsteen (@officialrumbledoll) on Jan 16, 2020 at 5:59am PST

A second photo featuring Patti and Bryan as they applauded their son as he received his swearing-in is also going viral.

Many people are also speaking about the bravery that Sam Springsteen is showing by joining the New Jersey firefighters. There is no question that being a firefighter is one of the most dangerous jobs but the public, and of course, Bruce and Patti have expressed their pride in their son.