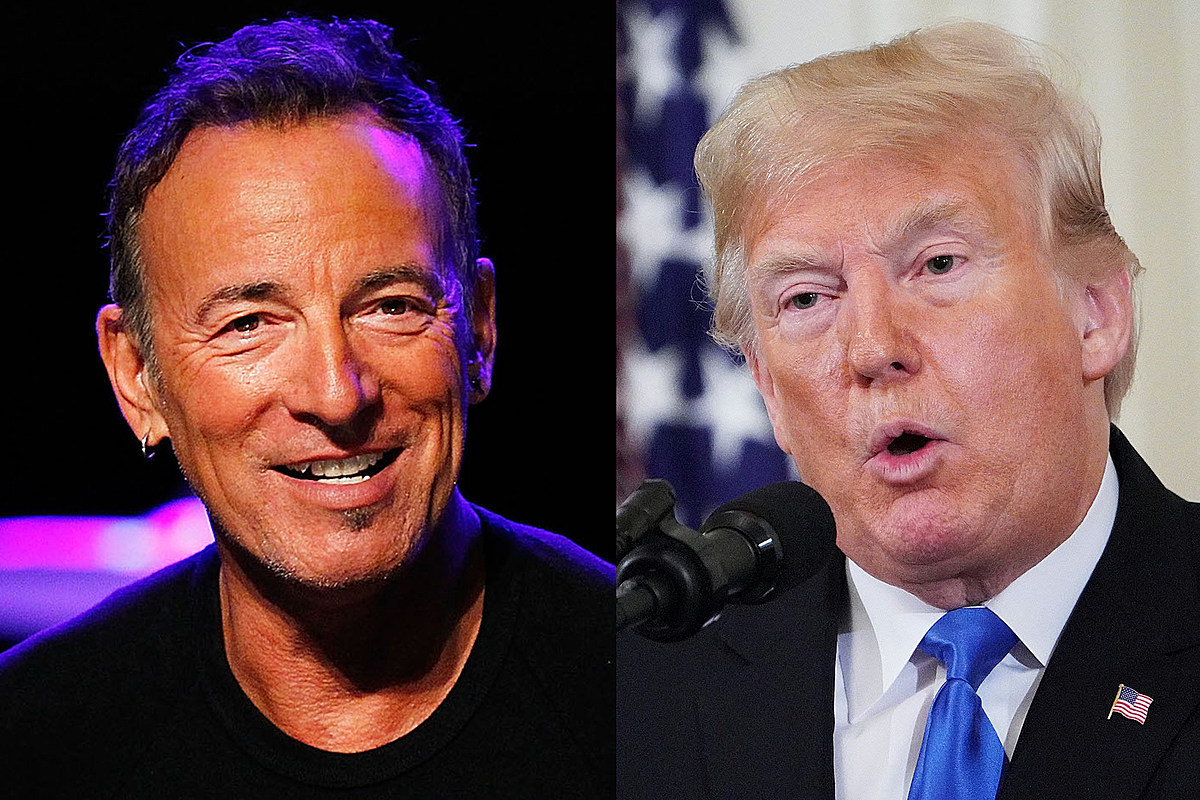 On his radio show, Bruce Springsteen was reading the names of the 100k+ American citizens who had tragically lost their lives because of the coronavirus, COVID-19 pandemic when he took this opportunity to also fiercely drag the POTUS!

He made it clear Donald Trump should stop refusing to wear a mask in public already and show some compassion for other human beings!

Springsteen did not hold anything back during the latest From My Home to Yours.

While the whole episode was supposed to only feature summer songs, he decided to change things up and criticize the president for the way he has been dealing with the pandemic.

He asked his fans to pray for the families of the victims and dragged Trump for his response to such a huge crisis.

‘With 100K plus Americans dying in the last few months and the empty, response from our leaders, I have been pissed off. Those lives deserved better than being inconvenient statistics for our president’s reelection efforts. It is a national disgrace. Instead of celebrating all the joys of summer today, we’ll be contemplating our circumstances with the coronavirus and the cost it’s drawn from our nation,’ Springsteen stated.

He went on: ‘We will be calculating what we’ve lost, sending prayers for the deceased and the families they have left behind. With all respect, sir, show some consideration and care for your countrymen and your country. Put on a f**king mask.’

Springsteen has been a very vocal critic of Donald Trump from the very beginning when he was elected four years ago so it makes sense that he did not hold anything back this time either.

It’s a well known fact that the POTUS has openly refused to wear a protective mask despite how dangerous the virus really is.

As a result, he encouraged his supporters to follow his lead, all the while insisting that things were under control when they never were.