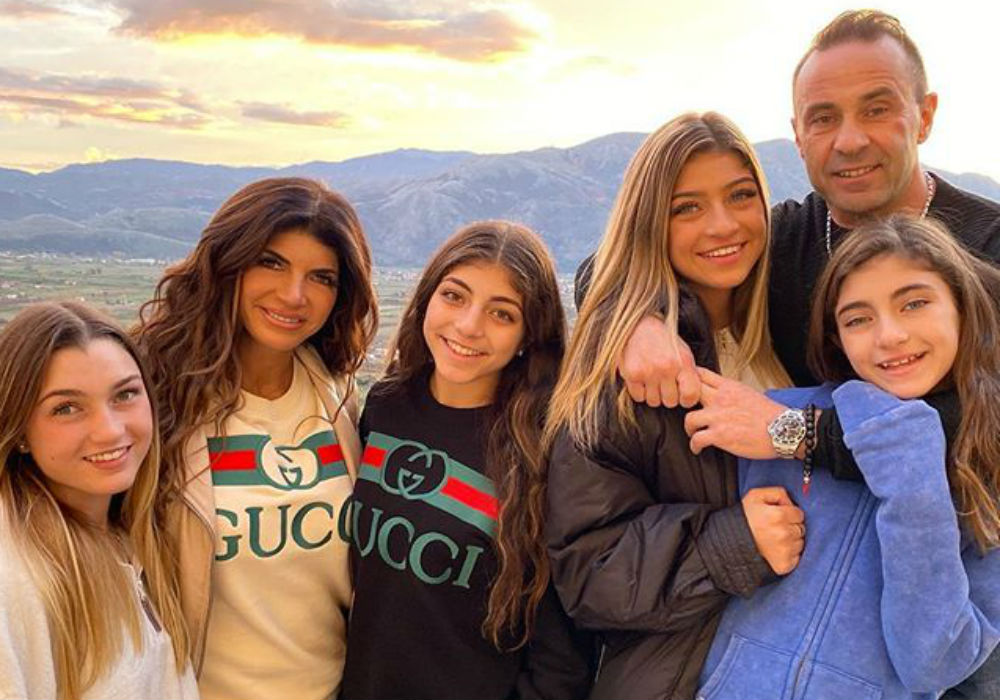 Bravo has released a sneak peek of the Real Housewives of New Jersey season finale, which is set to air next week. And, in the clip, Joe Giudice reunites with his wife Teresa and his four daughters – Gia, 18, Gabriella, 15, Milania, 14, and Audriana, 10 – in Sala Consilina, Italy after being released from ICE custody.

After three years in federal prison and seven months in an ICE detention center, Joe Giudice was released from custody and allowed to return to his native Italy while he waits for a decision in his deportation appeal.

Just a few days after his release, Teresa and the girls made a trip to Italy to reunite with Joe, and it was the first time in years that the family was free to hug and kiss each other and spend time together outside of prison walls.

When the girls first spot their dad, they run towards him and jump into his arms, and there are tears flowing everywhere. However, Teresa awkwardly stands outside of the group hug and pats her daughters on the head instead of getting in the middle of the love.

When the group hug finally breaks up, Teresa gives Joe a kiss on the cheek and says hello. But, she didn’t really seem too excited or happy to be there. Teresa doesn’t even want to sleep in the same bed as Joe during her time in Italy.

As fans know, not long after that reunion, Joe and Teresa announced their separation after twenty years of marriage. It’s pretty clear that the reunion between them in Italy last November didn’t go well, and she didn’t even go back for Christmas. Instead of joining her daughters with Joe in Italy, Teresa stayed in New Jersey and celebrated the holiday with her brother and sister-in-law.

During this season of RHONJ, Teresa Giudice finally voiced her concerns about Joe Giudice’s alleged infidelity during their marriage, and she admitted that she now believes he cheated on her. She also revealed that the prenup she signed had a no-cheat clause. 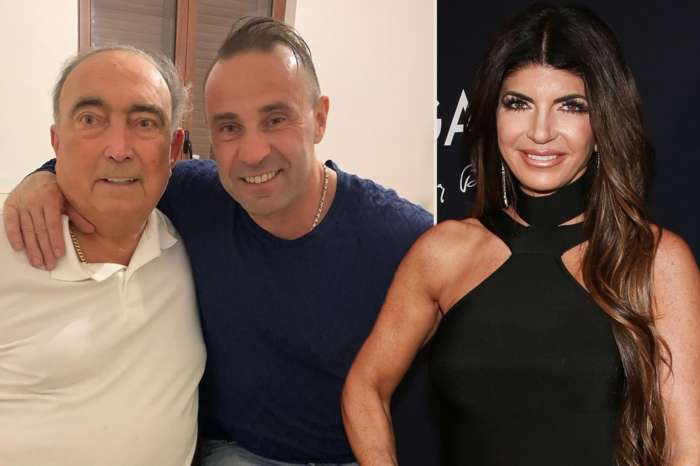