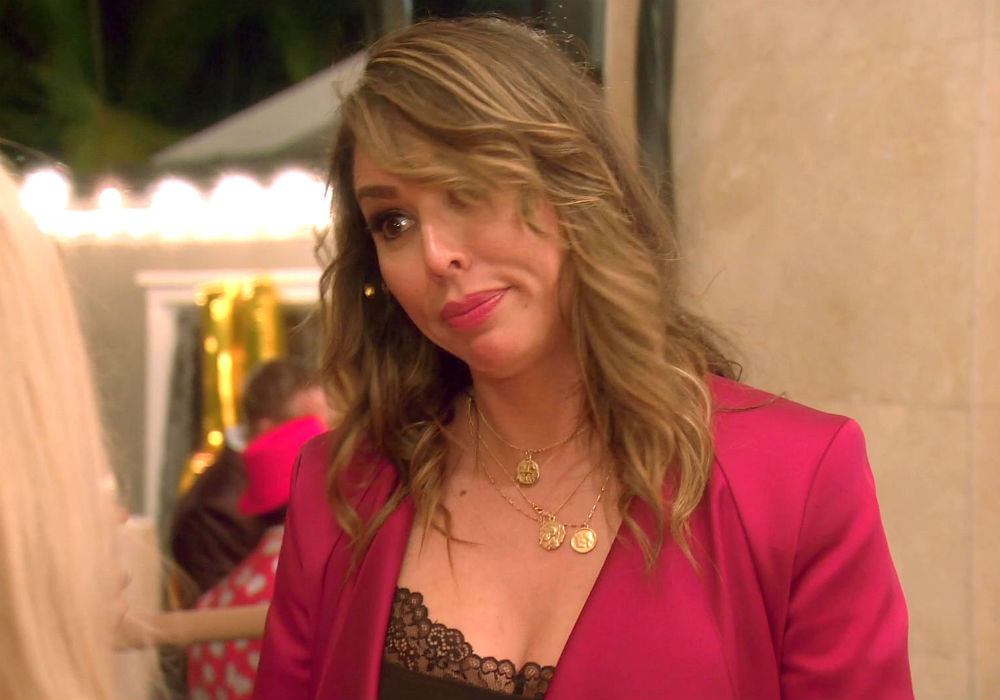 Real Housewives of Orange County star Kelly Dodd reportedly got into a bar fight a few weeks ago with an unidentified woman, and it’s starting to cause problems with her castmates. Dodd got into a huge fight with Tamra Judge last week during filming, and it’s all because Dodd decided to beat up a woman who was allegedly sleeping with her boyfriend, Dr. Brian Reagan.

According to All About the Tea, Dodd got into a bar fight in late February when she was in San Diego. An insider says that Dodd and this woman had been “exchanging jabs for weeks,” and after a lot of drinking Dodd decided to attack the lady.

“Kelly injured the woman really bad…she broke the lady’s finger, bruised her arm and scratched her face. As a result of the fight, Kelly and Brian broke up, and Kelly behaved liked a scary lunatic over it,” says the source.

Dodd is reportedly “very nervous and freaking out” over the possibility of a lawsuit, and when she told Judge what was going on, she begged her to keep things quiet and just between them. However, Judge couldn’t keep her mouth shut and immediately dished the dirt to her RHOC co-stars.

The insider says that Judge breaking Dodd’s trust is what caused their fight, and “things got so intense that production stepped in and halted filming until the situation cooled down.”

In a later scene that Judge filmed with Shannon Beador, she allegedly slammed Dodd and called her the “common problem within the cast.” Judge also brought up the allegation that Dodd threw her mother down a flight of stairs last fall, and claimed to have proof of Judge’s abuse.

When the video clip of Judge and Beador’s conversation surfaced, Dodd shared a pic of her mom and brother on Instagram and then added the caption: “I am so happy to have my family back!! It’s lent, and it’s all about forgiveness…my Mom hates [Tamra] always told me to be careful!!”

Dodd also told her Instagram followers that her mom wants to sue Judge.

Kelly Dodd is the epitome of trash #RHOC https://t.co/C97xxXkvFm via @AllAboutDaTea

When Judge found out what Dodd was writing online, she responded with claims that she was sticking up for Dodd.

“Actually, I did not say that she threw her mom down the stairs. I was sticking up for Kelly after someone said that,” Judge wrote. “She should get the facts straight.”

Season 14 of Real Housewives of Orange County will premiere later this summer on Bravo. If she is found guilty of assault, she should be fired! Period! She is nuts!

Kelly just proved that she did indeed push her mother down the stairs. Look what she did to that woman in the bar. Scratched her face, broke her finger and give the woman bruises on her body. Kelly claims she was drunk and is blaming it on the booze. Not true Kelly! You knew exactly what you did and now this woman is going to sue you. She should, she didn’t deserve it, your boyfriend cheated on you for a reason.Bravo needs to take a good look at you because you are a threat to Bravo and the cast.No wonder Michael divorced you and you can’t keep a man.Don’t like her and I hope this woman throws the book at her! She needs to pay for what she did.