Nicole Kidman covers the November 2020 issue of Marie Claire Australia and the 53-year-old, Oscar-winner looks gorgeous. Nicole posed for a number of photos wearing a variety of gorgeous outfits, proving once again why Nicole is a fashion designer's dream model. Nicole discussed many topics during the interview, including her new HBO television mini-series The Undoing .

Looking stunning in the magazine, Nicole wore designs from Valentino, Chanel, Bottega Veneta, Christian Dior, and Givenchy . Nicole was gorgeous in the Givenchy outfit that consisted of a classic white blazer, matching pants, red open-toe shoes, and a beautiful ring that Nicole flashed throughout the photoshoot.

The blazer Nicole wore is called the Givenchy Wrap Reversible Jacket in Drill Wool. The jacket retails for approximately $2465. The matching pants Nicole wore are called the Givenchy Flared Pants with Sidelong Bands. The pants retail for about $1295. Nicole gave the monochrome look a pop of color with bright red shoes and looked magnificent.

You can see the photo that was included in Nicole's Marie Claire Australia November 2020 photoshoot below. 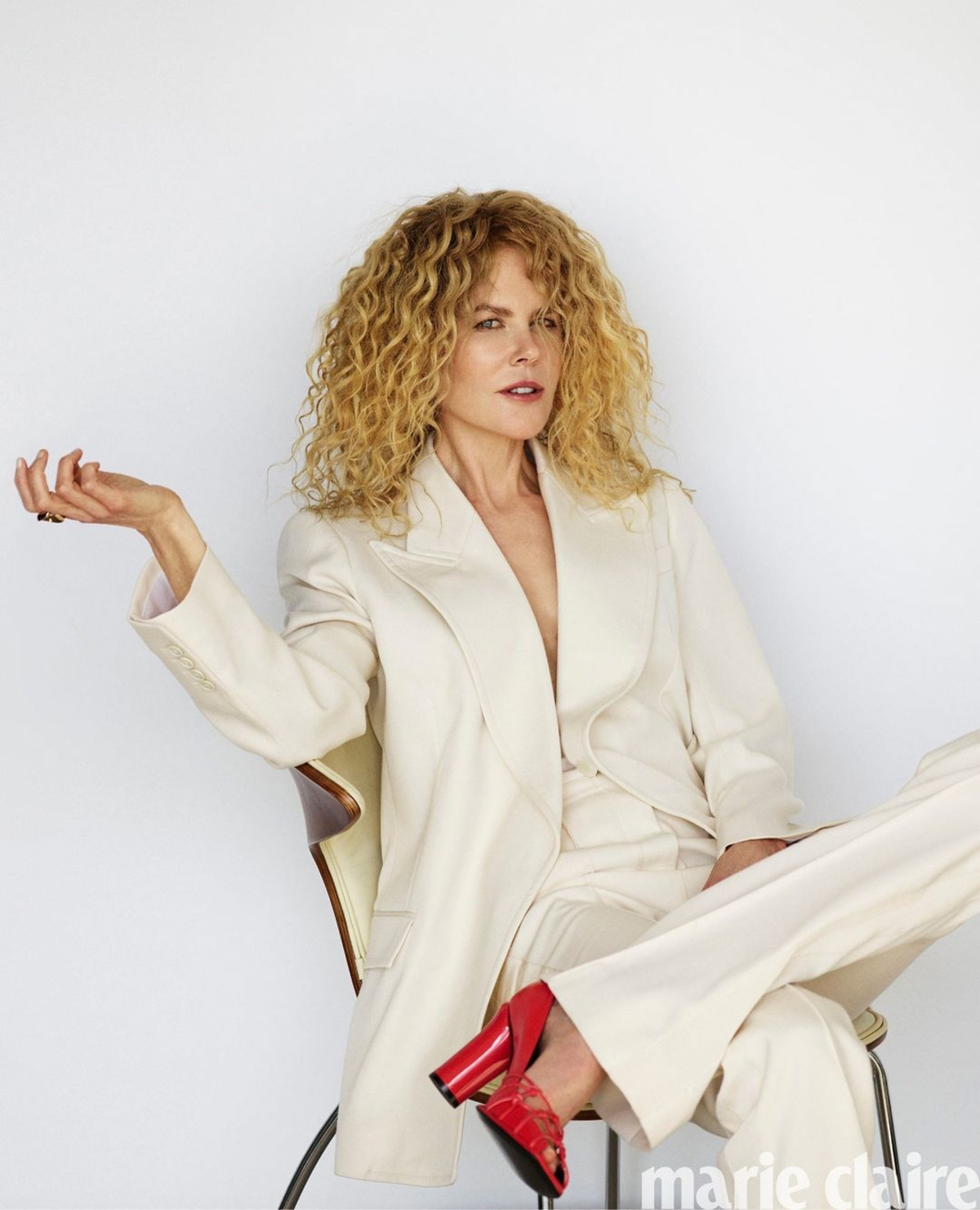 Here is a photo slideshow that features many of the additional looks Nicole Kidman wore in the magazine.

Nicole Kidman and her husband Keith Urban relocated back to Australia during the pandemic due to work, and Nicole has a new television series out on HBO The Undoing .

Nicole is teaming up with Big Little Lies co-star Alexander Skarsgard and is filming the movie The Northman .

What do you think about Nicole Kidman's Marie Claire Australia photoshoot?  Have you watched Nicole's new television mini-series The Undoing ? What did you think about it?

At The Balenciaga Show, Nicole Kidman Makes Gags About Her Appearance

Kim Kardashian was criticized for walking 'terrible' at the Balenciaga show

Breonna Taylor's Boyfriend Sued By Cop He Shot In Self Defense For Emotional Distress!

To Celebrate Her First Birthday, Seth Meyers' Daughter Used Her Fingers To Unintentionally Blow Out The Candles

Jennifer Flavin And Sylvester Stallone Have Decided To Try Again