Miranda Lambert Reveals How She Met Her Husband Brendan McLoughlin 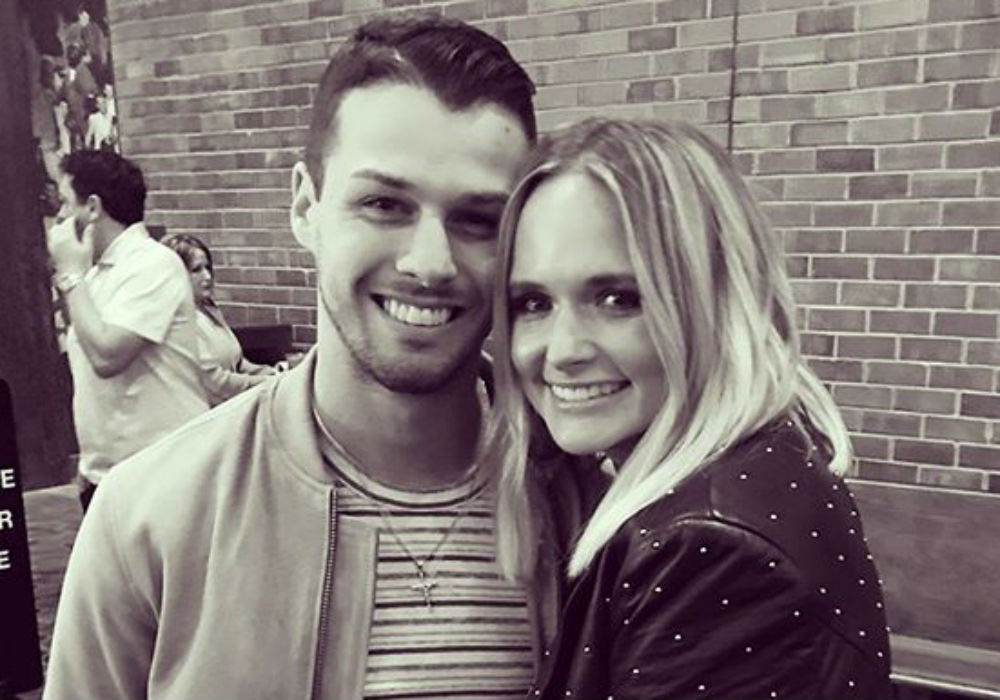 Miranda Lambert shocked her fans earlier this year when she revealed that she had secretly married NYPD officer Brendan McLoughlin after dating him for just a few weeks. No one even knew the pair was dating, much less getting serious enough to tie the knot. Now, one year after they met, Lambert is giving more details about how the relationship started, and she also explained how meeting McLoughlin helped her get past a sad time in her life.

Talking to the New York Times, Lambert said that she has her fellow Pistol Annies bandmates – Ashley Monroe and Angaleena Presley – to thank for meeting the love of her life.

“I met my husband doing press for the Pistol Annies record, this time last year, “ explained the 35-year-old country superstar. “Our record came out the day after Halloween, and we did Good Morning America. My husband was doing security there for the show.”

Lambert went on to reveal that the Annies saw McLoughlin during their visit to GMA, and they knew that Lambert was probably ready to hang out with someone, as it had been three years since her divorce from Blake Shelton and her relationships with Anderson East and Evan Felker didn’t last.

Lambert’s girlfriends ended up inviting McLoughlin to their show behind her back, and she says that they “plucked him for me.”

Lambert and McLoughlin met in early November 2018 and tied the knot in January 2019. She announced the marriage on Valentine’s Day via Instagram, and since then she hasn’t been shy about sharing her romance with her fans on social media.

The Mama’s Broken Heart singer just wished McLoughlin a happy birthday on her Instagram page with a black-and-white pic of the duo, and in the caption she wrote that McLoughlin “puts stars in my eyes.”

Thank you @acmawards for an awesome night. I love the country music family and Nashville with all my heart. @keithurban thank you for singing with me and inspiring me for so many years. Forever a fan! And to my hot date thanks for joining me on this crazy cool journey! #acmhonors #thehousethatbuiltme #theMrs @theryman 💇🏼‍♀️: @leahhofff 💄: @lindsay.doyle 👗: @tiffanygiffordstyle 🥰: #HotCop

During a recent performance in Atlantic City, Lambert told the audience that country music has a lot of sad songs, but you have to have them because those sad songs can get you through sad times. Lambert then added that lucky for her, she’s not in a sad time in her life anymore.

Showing off her wedding ring on her left hand, Lambert thanked her “sweet husband from Staten Island” as he looked on from the side of the stage. Miranda Lambert then introduced her 2017 hit Tin Man by telling the audience that no matter what, sometimes you need to go in a dark room, drink a beer, and sing a sad song, and that’s what she’s going to do because she loves it.

Tiny Harris Shares Another Music Album That Changed Her Life