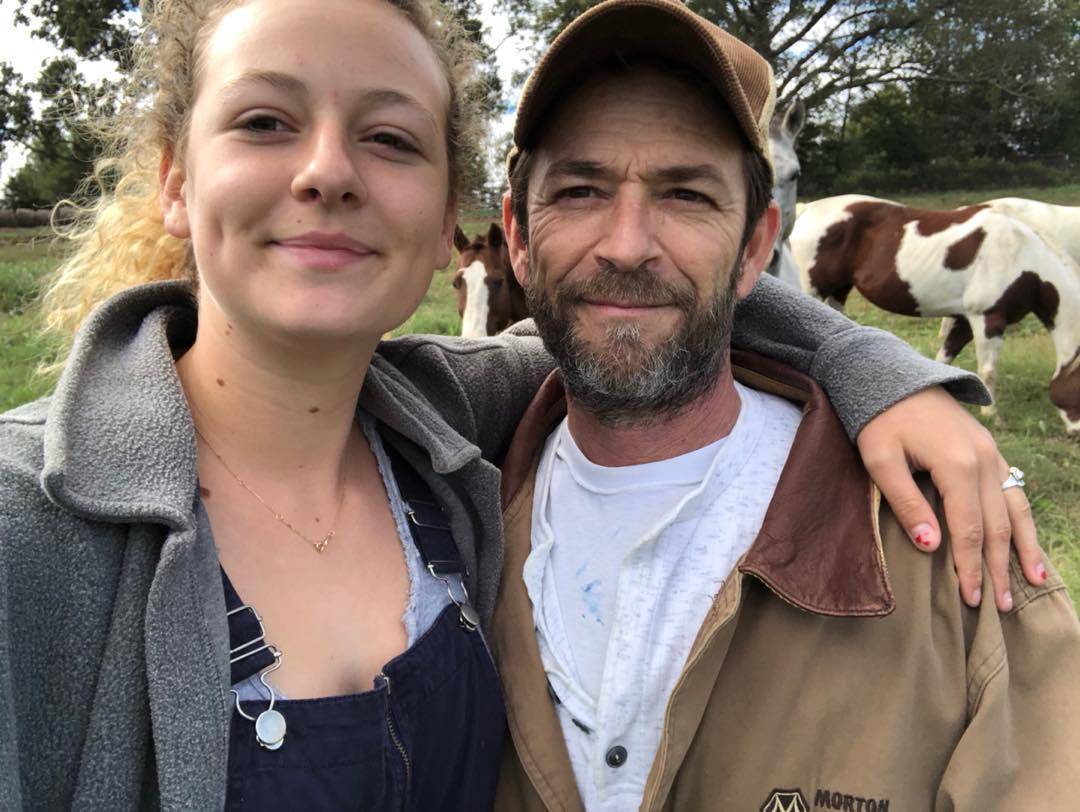 Sophie Perry wanted to honor her late father with a very special tattoo. Sophie Perry took to social media to answer her fans’ questions, including one about her ink.

That is when she revealed that she has a wild mushroom tattooed on her wrist and it’s a pretty new one she got to remember her dad.

‘The mushroom is symbolic of my dad,’ she wrote over the pic, referring to the fact that Luke Perry was buried in an eco-friendly biodegradable suit that is made partially out of mushrooms.

The loving daughter revealed this not too long ago, mentioning that it was the actor’s wish to be put to rest in one of those suits.

The so-called Infinity Burial Suit, is supposed to ‘aid in decomposition, work to neutralize the toxins found in the body and also transfer nutrients to plant life,’ so it was seen as a comforting rebirth process by his family.

As fans know, the Riverdale actor passed away at the age of only 52 after suffering a severe stroke back in March.

The tattoo was not the only question related to her dad that Sophie answered during the Q&A session.

She was also asked if she could share any of the best memories she has with her dad that is not too personal.

‘When I was kid, we would go to the Santa Monica Pier and ride the Sea Dragon and when I was scared, he would sing ‘A Whole New World’ from Aladdin to me,’ the girl told her followers.