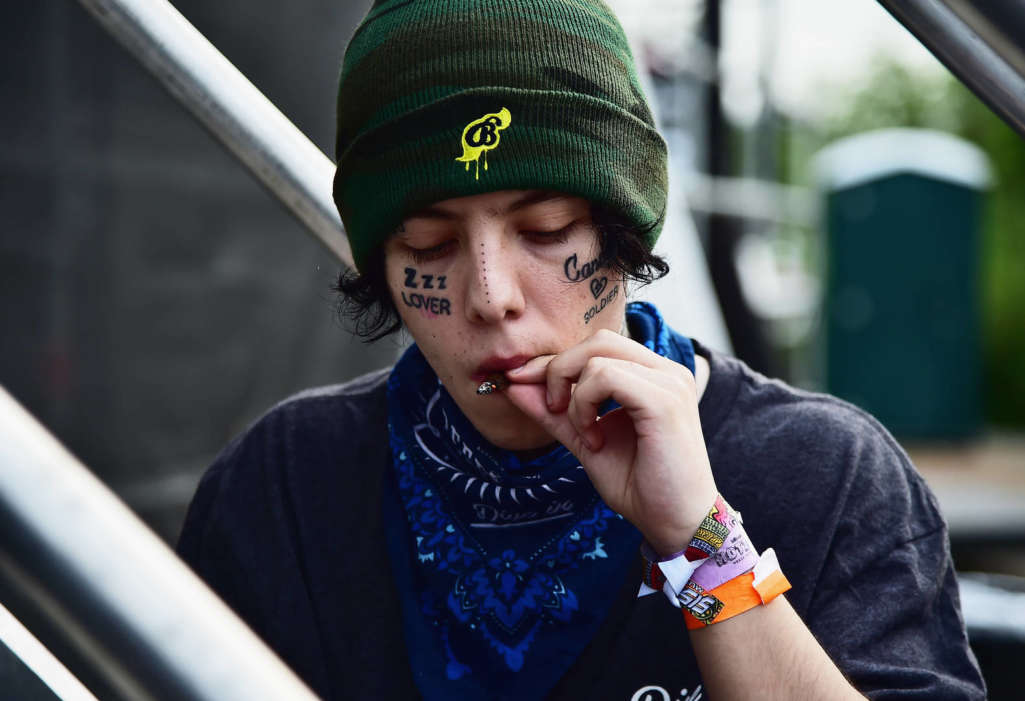 On the 19th of April, Lil’ Xan reportedly suffered a panic attack so bad that he had to go to the hospital. Us Magazine reported that the young rapper is currently at home after a brief stay in the emergency room. He revealed the news on his Instagram Story.

The 23-year-old took to his Instagram account today to say he was “okay everyone.” The rapper thanked all of the people out there who sent him personal messages to make sure he was doing ok. Lil’ Xan explained that the hospital visit was due to the “anxiety problems” he’s been fighting for his entire life.

The rapper added, “I love you guys.” TMZ was the first to report on Xan’s emergency room visit on Sunday, following his mother’s phone call to the authorities. Reportedly, the 23-year-old, who used to date Miley Cyrus’ little sister, Noah, began hallucinating before his mother finally decided to phone 911.

Once he was treated, the doctors told him he suffered from a panic attack, and while he doesn’t remember what happened exactly, he does remember what may have led to it.

It may have had something to do with the stay-at-home orders, in which Americans all over the country are behind closed doors.

Looking back at the last couple years of my life an it’s been a crazy ride,can’t wait for things to get back to normal tho so I can get back to work!love you guys and hope you all are safe,healthy and happy ❤️❤️

Just a few days before it all went down, the young rapper shared a photo on his social media in which he was resting in a red room. He was asking his fans and followers how he should be keeping himself busy while stuck at home.

On the 17th of April, Lil’ Xan stated, “how the f*ck is everyone staying sane in this pandemic, I need some ideas.” Ever since he got out of the hospital, Lil’ Xan has been engaging with fans quite a bit on social media, including through IG Live sessions.

Yesterday, Lil’ Xan thanked all of his fans online for supporting his career and also urged them to stay safe as the world continues its fight against COVID-19. Earlier this year, it was reported that Lil’ Xan and Noah Cyrus were getting back together.

Lil’ Xan Reveals He Has Been Sober For Several Months