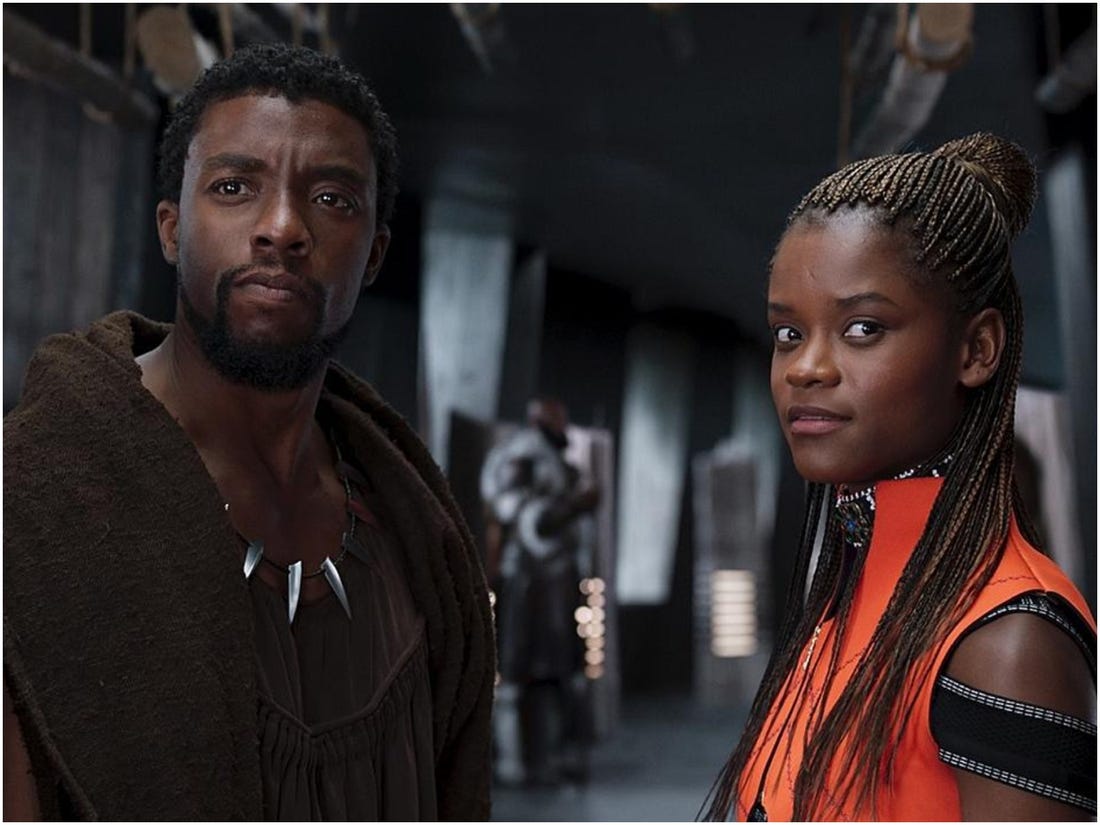 Just like many fans out there, as well as the other Black Panther co-stars, Letitia Wright is still mourning the shocking passing of Chadwick Boseman. Furthermore, it appears that a Black Panther sequel is in the making without him, of course, and the actress mentioned that shooting it will be ‘strange.’

As you know, Chadwick Boseman tragically died at the age of only 43 back in August after a long battle with cancer that he kept private for years.

Boseman is best known for portraying the lead role of T’Challa, aka the titular character of Black Panther.

As for Wright, she played the king’s younger sister, Shuri.

In fact, Letitia calls Chadwick her brother in real life as well, proving just how close they were before his shocking death.

‘We’re just still mourning Chad, so it’s not something I even want to think about. The thought of doing it without him is kinda strange. We’re just grieving at the moment, so it’s trying to find the light in the midst of it,’ Wright shared with a net-a-porter.

ON A MISSION: She’s the Guyanese-British female lead of the world’s highest-grossing superhero movie, whose next big-screen role is in the all-star cast of Kenneth Branagh’s Death on the Nile. At the link in bio, our latest @portermagazine cover star, actor @letitiawright talks about returning to our screens in the Agatha Christie adaptation, as well as Steve McQueen’s Small Axe, and the valuable advice she’s received from her close-knit industry family. Shot by @ekuaking and styled by @hels_broadfoot

After finding out about his death back in August, Letitia wrote a heartwarming poem in honor of her fallen ‘brother.’

She then took to her IG account to share a video in which she was reciting her original poem.

‘I messaged you a couple times, I just thought that you were busy. I did not know you were dealing with this much. Against all odds, you remained focused on just fulfilling your purpose with that time handed to you. …I thought we had more time, many more years to come, for much more laughter. And all that is left now is for us to allow all of the seeds you have planted on earth to grow, blossom, to become even more beautiful. You are forever in my heart,’ she emotionally shared in the poem.