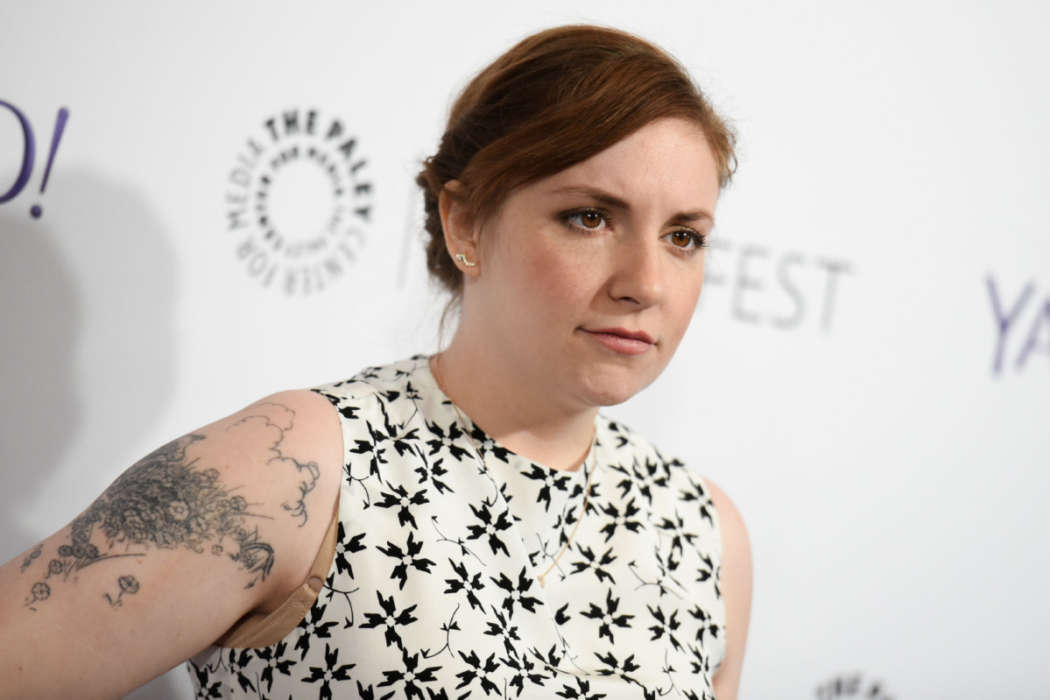 Lena Dunham, who has fostered a name and reputation for herself as not only an actress and a writer, but also for her commitment to the body positivity movement, uploaded an Instagram post earlier today in honor of Endometriosis Awareness Month.

The 33-year-old artist has previously discussed her complicated relationship with her body, in addition to some of the challenges she has faced in her romantic life. The actress claimed, “I’ve never called myself ‘body-positive,'” because her thoughts on her curves are “wildly personal,” and not “political.”

According to Dunham, her thoughts on her self-image aren’t always positive. But rather, she thinks of herself as more “body tolerant.” Fans of the actress know that she has been very honest regarding her struggles with Ehlers-Danlos syndrome, which typically weakens the blood vessel walls, joints, and skin.

Furthermore, Lena has discussed her fight with endometriosis, which has led to the removal of her uterus. Following her hysterectomy, Lena struggled immensely with prescription medication abuse and has been very vocal about it.

Ya know when you’re home alone and you realize you’d be happier in a hot lil’ onesie than your ketchup & cat food stained pajamas? And it’s not about a boy or a photo shoot or a weight loss before-and-after, it’s just for the feeling of glee you get from dressing your one and only corporeal form in pleasing fabrics, the unique pleasure of admiring the twists and turns of the body that loves the heck out of you even when you don’t love it. I’ve never called myself “body positive” because my relationship with my curves and scars isn’t overtly political— it’s wildly personal. And it isn’t always positive. I take enormous comfort in the body positivity movement, but I think of myself as something more like “body tolerant.” With a chronic disease (or three), it’s impossible not to resent your body sometimes. But we are no longer in an on-and-off toxic romance. We are also not monogamous. I drift toward her and away from her, trying hard to remember that, no matter how I fight it, she is me. I am her. We only have each other, so we gotta stick together. And sometimes that means a little lace to remind her I care. To other people living with #endometriosis, I’ve learned more from you than I can even explain… #EndometriosisAwarenessMonth

In her post, the actress/writer claimed that while struggling with not one but three different major illnesses, it’s hard not to resent your physical condition at times. While addressing her body as “she,” Lena claimed that they often drift away from each other, but ultimately, she and her body ultimately come together.

The star finished off her post with an encouraging statement to others suffering from the disease. She added,”#EndometriosisAwarenessMonth.” Lena was formerly connected to the performer and songwriter, Jack Antonoff, who just got finished working with The Dixie Chicks on their new record. The couple dated for approximately five-and-a-half years.

Regarding her addiction to prescription drugs, Lena, during a chat with the Cosmopolitan United Kingdom, said she had been lying in her parents’ apartment for three days trying to “find the will to live.”

Around two years ago, the actress checked herself into a 28-day rehabilitation program where she received treatment for substance abuse issues following her hysterectomy. Lena also has fibromyalgia, the same illness of which Lady Gaga is afflicted.

Lena Dunham Says She Wrestled With The Coronavirus In March