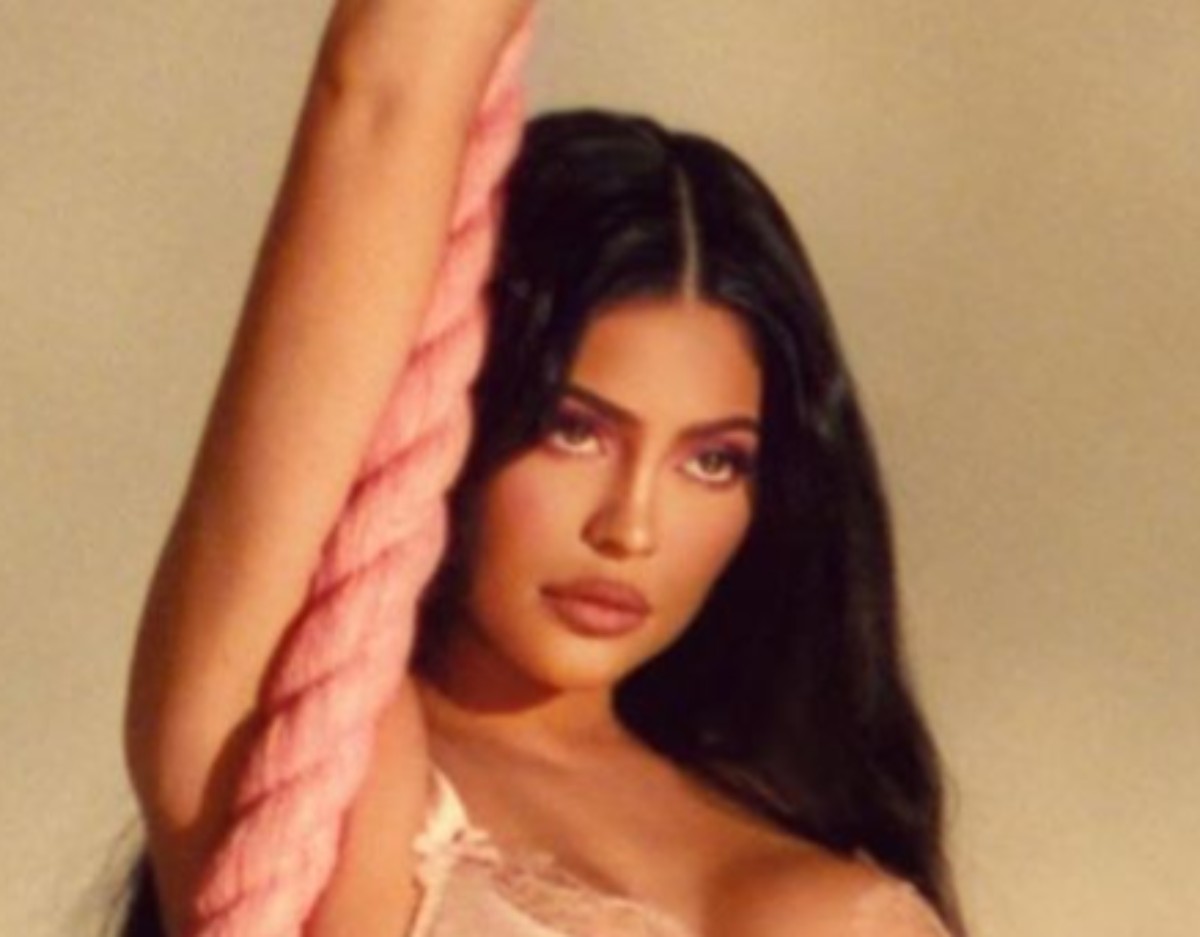 Kylie Jenner seems to be enjoying her super-long hair as she’s sporting the style in new photos where she is wearing sexy lingerie from Agent Provocateur and wrapped up in a pink rope. The photos are going viral and drawing many comparisons to Tangled and a raven-haired Rapunzel. Celebrity hairstylist Jesus Guerrero is the genius behind Kylie’s lengthy-locks and she recently made headlines when she went out to eat wearing a turquoise bodycon dress and a waist-length ponytail that Jesus also styled. The sexy photos are being praised for their romantic feel. Kylie is wearing the Helene Set.

Kylie captioned the photos with just one word: Tangled ☁️.

While plenty of people compared Kylie to Rapunzel, there were many who referred to her as a goddess. Celebrity photographer Sasha Samsonova did the shoot that has an ethereal or celestial feel. Some said the picture looked as if Kylie climbed down from heaven on a pink rope!

You may see two photos that Kylie shared on her official Instagram account where she has 158 million followers below.

In a second photo that Kylie shared, she arched her head back giving a full view at the length of her hair. You could also see her nails that were painted a light, pale lavender color. Jill Jacobs styled Kylie Jenner for the shoot and Kylie’s makeup artist Ariel Tejada created her face.

You may see the third photo that Kylie Jenner shared below.

At this point, it’s unclear why Kylie shot the pictures, but she doesn’t have to have a reason. At first, many thought it was for a Kylie Skin campaign, but there were no hashtags in the photos referring to her Kylie Skin company and she didn’t share the photos there.

Kylie’s makeup was perfect and her eyebrows were perfectly groomed. Her eyes were accentuated and though you couldn’t see a close-up of her face, her makeup was the perfect touch to bring her features out in the picture without them overpowering the finished look.

What do you think of Kylie Jenner’s latest photos? Do you like the waist-length hair that she keeps wearing?