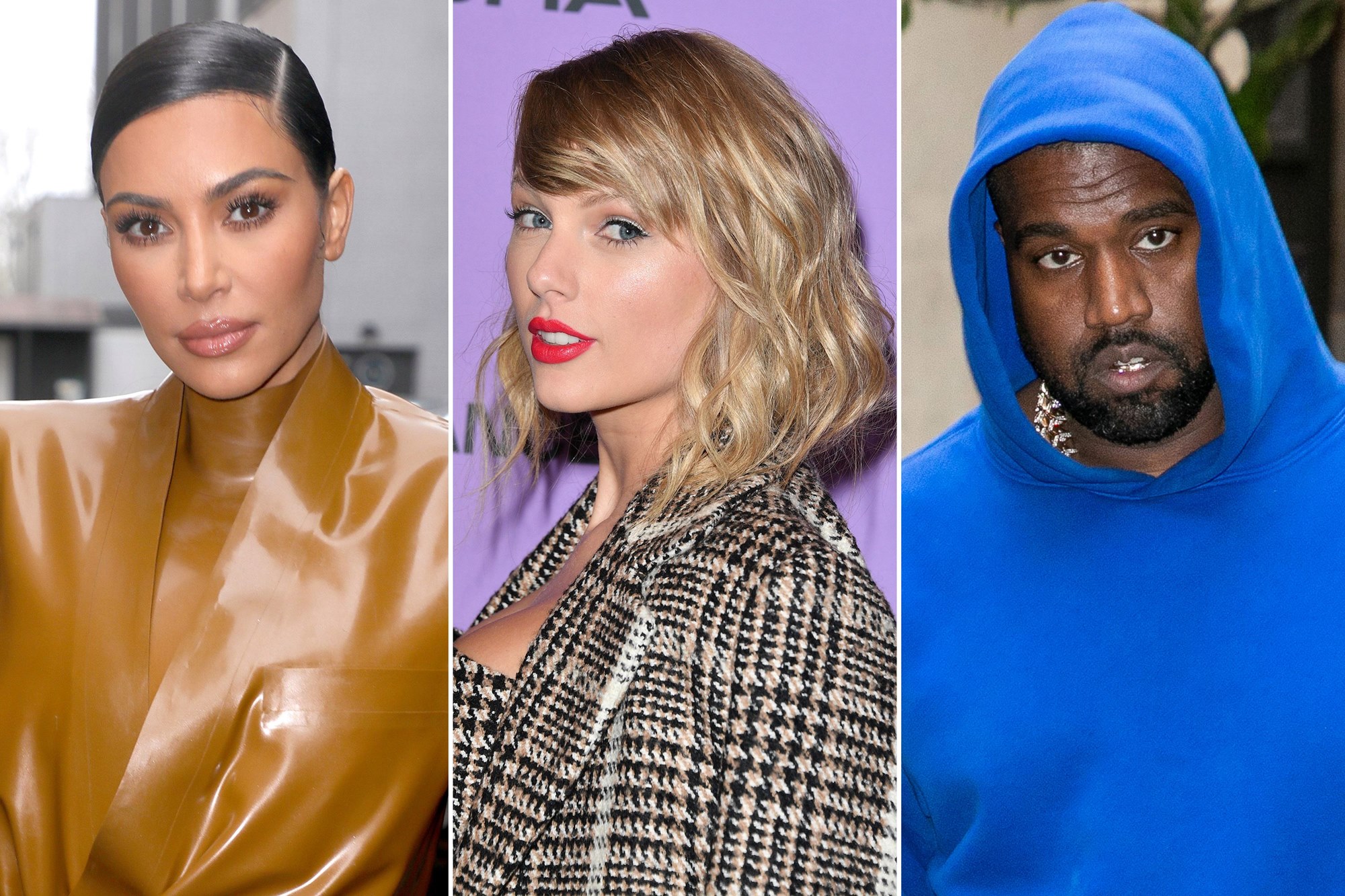 Kim Kardashian West took to Twitter where she went on an epic rant about Taylor Swift and their ongoing feud.

In a series of tweets, Kanye West’s wife called Taylor, a liar who is claiming to be a victim instead of focusing on those who are suffering during the coronavirus pandemic.

The reality TV star decided to bash Taylor days after the recently-leaked and unedited phone call between the country/pop darling and Kanye, where he did not tell her about using the word “b*tch” in the controversial song “Famous.”

Kim claimed that she never edited the footage or audio, that was released in 2016.

She wrote: “@taylorswift13 has chosen to reignite an old exchange – that at this point in time feels very self-serving given the suffering millions of real victims are facing right now. I didn’t feel the need to comment a few days ago, and I’m actually really embarrassed and mortified to be doing it right now. Still, because she continues to speak on it, I feel I’m left without a choice but to respond because she is actually lying.”

The statement above is a lie because Kim was caught Liking comments that slammed Taylor.

Taylor did put out a statement where she asked her fans to donate and help those hit by the virus.

She later added: “I didn’t feel the need to comment a few days ago, and I’m actually really embarrassed and mortified to be doing it right now, but because she continues to speak on it, I feel I’m left without a choice but to respond because she is actually lying.”

#kimkardashian speaks out after a conversation between #kanyewest and #taylorswift was leaked. ————————————————- If you don’t remember the drama, Kanye released a song in which he stated, “I feel like me and Taylor might still have sex Why? I made that bitch famous (God damn).” Taylor then indirectly spoke out saying no one made her famous and Taylor’s publicist said she was not aware of the song. Kim K then leaked snippets of a recorded conversation Kanye had with Taylor on her Snapchat where it shows Taylor did know about the song and was okay with it. Whew chileeeeee ….thoughts?

She went on to say: “To be clear, the only issue I ever had around the situation was that Taylor lied through her publicist who stated that. Kanye never called to ask for permission…They clearly spoke, so I let you all see that. Nobody ever denied the word “b*tch” was used without her permission.”

I’m Taylor’s publicist and this is my UNEDITED original statement. Btw, when you take parts out, that’s editing.

P.S. who did you guys piss off to leak that video? 😂😂😂 https://t.co/AtMGUp3t24 pic.twitter.com/EjGDwAdL6O

The mother of four shared: “At the time when they spoke the song had not been fully written yet, but as everyone can see in the video, she manipulated the truth of their actual conversation in her statement when her team said she declined and cautioned him about releasing a song with such a strong misogynistic message.”

She went on to explain: “The lie was never about the word b*tch, and It was always whether there was a call or not, and the tone of the conversation. I never edited the footage (another lie) – I only posted a few clips on Snapchat to make my point, and the full video that recently leaked doesn’t change the narrative.”

Kim went on to defend Kanye by saying: “To add, Kanye as an artist has every right to document his musical journey and process, just like she recently did through her documentary. Kanye has documented the making of all of his albums for his personal archive, however, has never released any of it for public consumption & the call between the two of them would have remained private or would have gone in the trash had she not lied & forced me to defend him.”

She concluded by: “This will be the last time I speak on this because honestly, nobody cares. Sorry to bore you all with this. I know you are all dealing with more serious and important matters.”

Many fans are defending Taylor and calling Kim and Kanye liars.

Tamar Braxton Reaches Out To Tiny Harris, Mariah Carey, And Her Former 'The Real' Co-Host Adrienne Bailon Houghton With This Spiritual Video