Kim Kardashian officially filed for divorce from her husband Kanye West after six years of marriage and since then, she's focused on her work. Kim has been promoting her Skims line non-stop and after posing with sisters Kendall and Kylie Jenner for a Valentine's Day shoot and now she's modeling her new Skims' shapewear tights. Her sister Khloe Kardashian posted a photo of herself wearing the tights in onyx with a pair of leopard-print Good American booties and now Kim is wearing the stockings for a racy photo.

Kim surprised her 207 million Instagram followers by sharing the topless photo. The mother of four wore her tresses one-length and in loose waves that flowed to her waist. She folded her arms across her chest to protect her modesty and gave the camera a direct stare. She posed while seated with her knees bent and ankles crossed so fans could get a better look at the tights.

Skims has a full line of hosiery that includes mid-support tights and full-control tights. Each pair retails for $42.

You may see the photo that Kim Kardashian shared below. 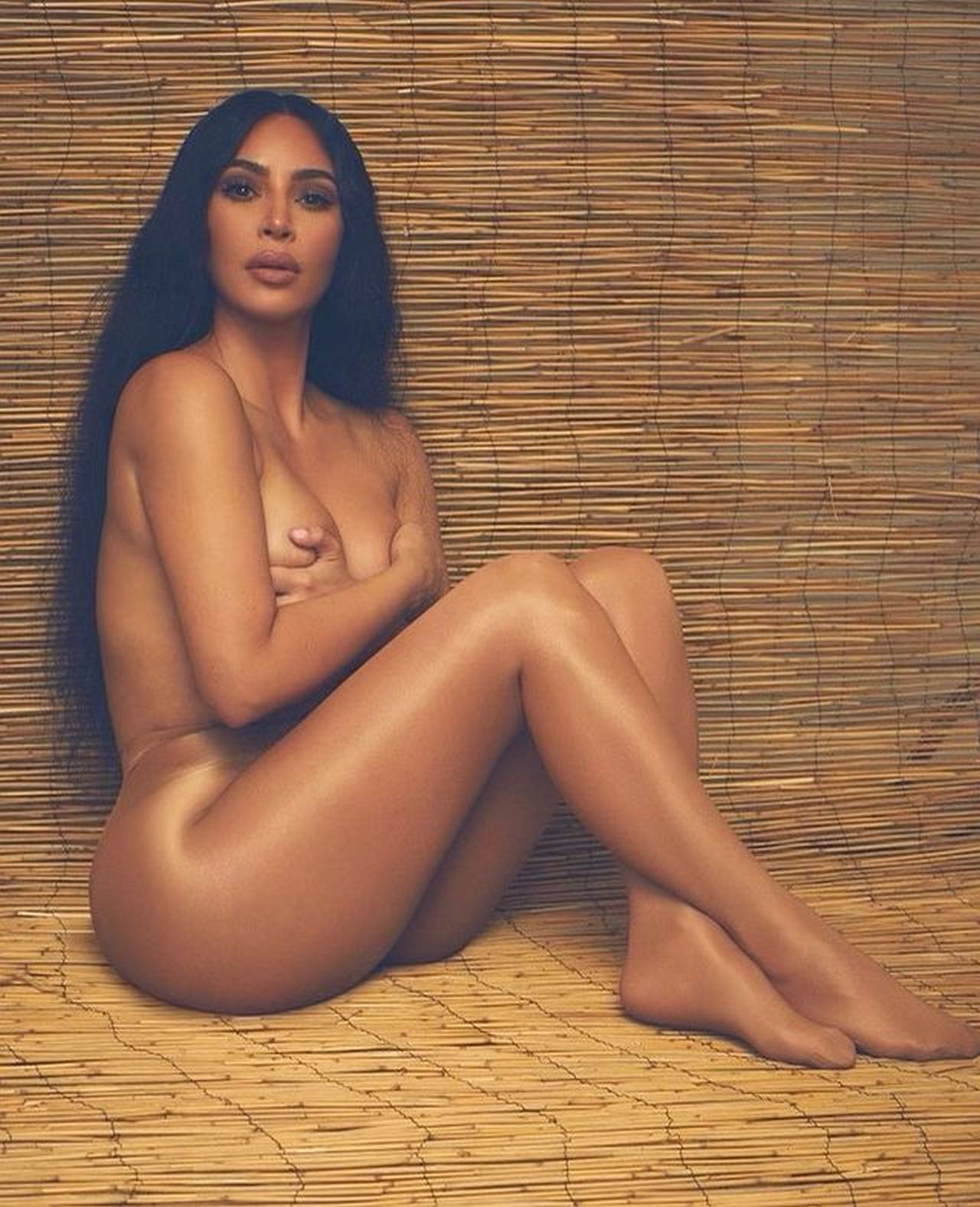 KUWK: Kim Kardashian And Kanye West Love Newborn Son Psalm's Name - It Has A Special Meaning To Them

Fans loved the picture, and it currently has over four million likes and more than 34,000 comments. Kim's fans left many comments praising her beauty, but some remarked on how the tights were almost a complete match to Kim's skin tone. The tights are sold in the color options clay, sienna, cocoa, and onyx.

If Kim is having a hard time with her upcoming divorce, she certainly isn't showing it. She's been spotted around L.A. without a wedding ring on and has launched one new campaign after the other. Kim has never been shy about her figure, but some are saying she seems to be showing a bit more skin since filing for divorce.

What do you think about Kim's photo? Have you worn Skims garments? Are you interested in buying a pair of Skims tights?