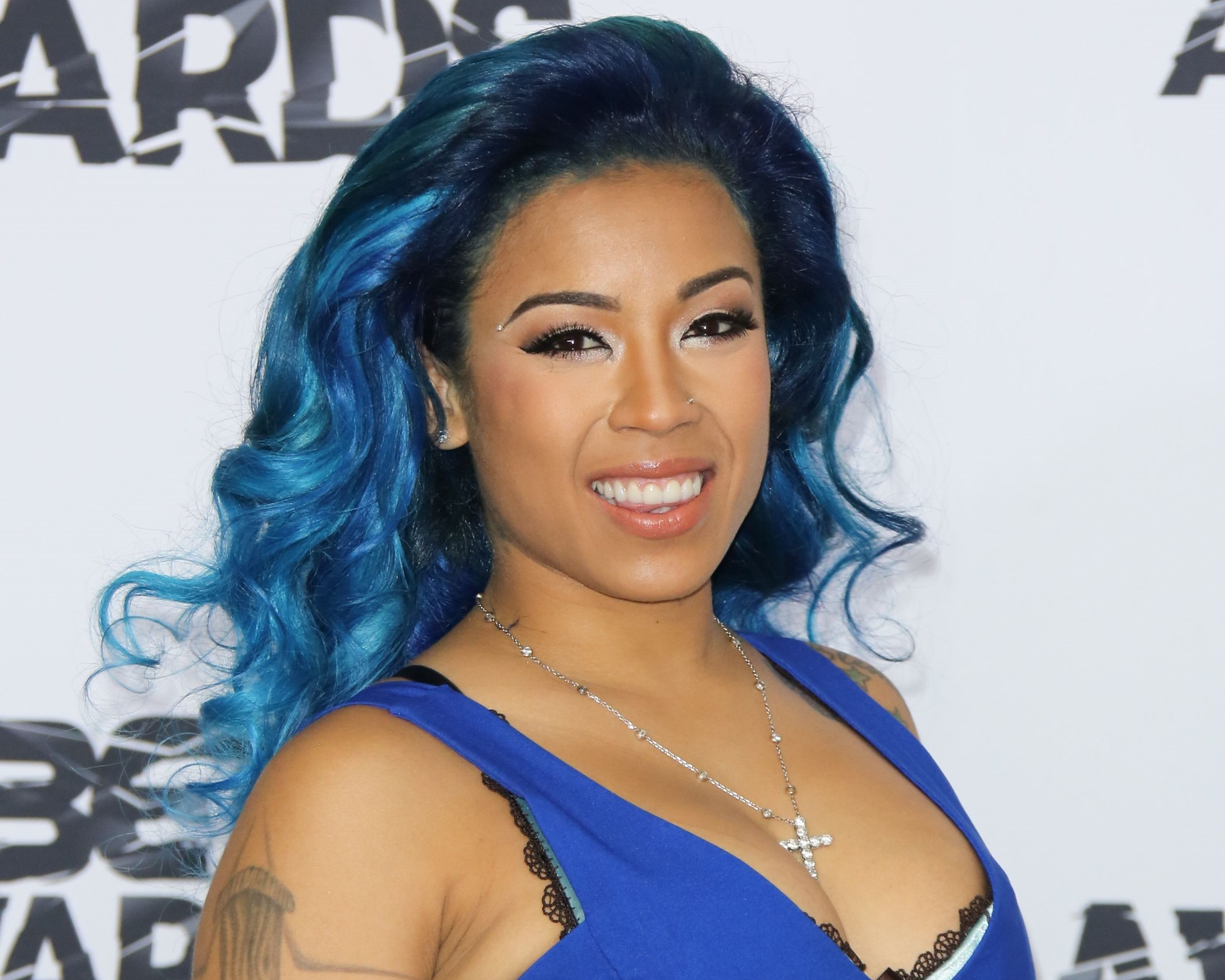 Even though Keyshia Cole and Niko “Khale” Hale are currently confined to their home amid the ongoing coronavirus pandemic crisis, the famous singer and her boyfriend still find ways to keep themselves busy and have fun together.

The 38-year-old musician updated her Instagram profile with a new story on Sunday, where she showed off her hidden talent as a hairstylist.

The “I Remember” performer updated her Instagram page with a picture of her first client, who turned out to be her partner.

In the snap, the 24-year-old Hale can be seen sporting multiple neat braids, which were supposedly done by the singer herself, as she captioned the photo with the words, “Braids by me…#quarantined.”

Cole shared another picture of her younger man, in which he was holding a baby pacifier in his mouth.

It appears that the couple was already bored with the isolation, because in the title, Cole wrote they were passing the time and concluded with a sad emoji.

My quarantine bae bout to braid me up 😁

Cole made headlines recently when she and Hale celebrated the 10th birthday of her son, Daniel Gibson Jr., in the company of her former partner, Daniel “Booby” Gibson, and thus, they proved to co-parent was a fully possible option for them.

Cole and Gibson’s relationship ended back in 2017, but they are still legally married, as they have not gone through with the divorce proceedings yet.

This @fashionnova skirt is soooo cute. My look today for THE REAL (Talk show) I went to promote everything I have coming up. And GOING ON🦋

Since their separation, Cole has moved on with Hale and welcomed a baby boy, Tobias Khale, in August 2019, whereas Gibson has found a new love in the face of his current girlfriend, Sinfony Rosales.

One fan said: “LOVE it’s a beautiful feeling, and both of you are definitely displaying that. I wish I had a good relationship like they have, but I don’t have that anymore. 😞💔💏”

Another commenter stated: “Damn handsome okay 👌 🔥😍 yaw going to somebody that thinks they special 🤣 I’m from LA (the hood), not Hollywood and I can tell you we don’t do that lol I’ll hook you hair up fa free just based on the fact I really f*ck wit Keesh! 🥰 I love me some her. 😩”

Cole has fans smiling with her updates.