Josh And Anna Duggar Returning To Counting On? They Were Reportedly Spotted With A Camera Man 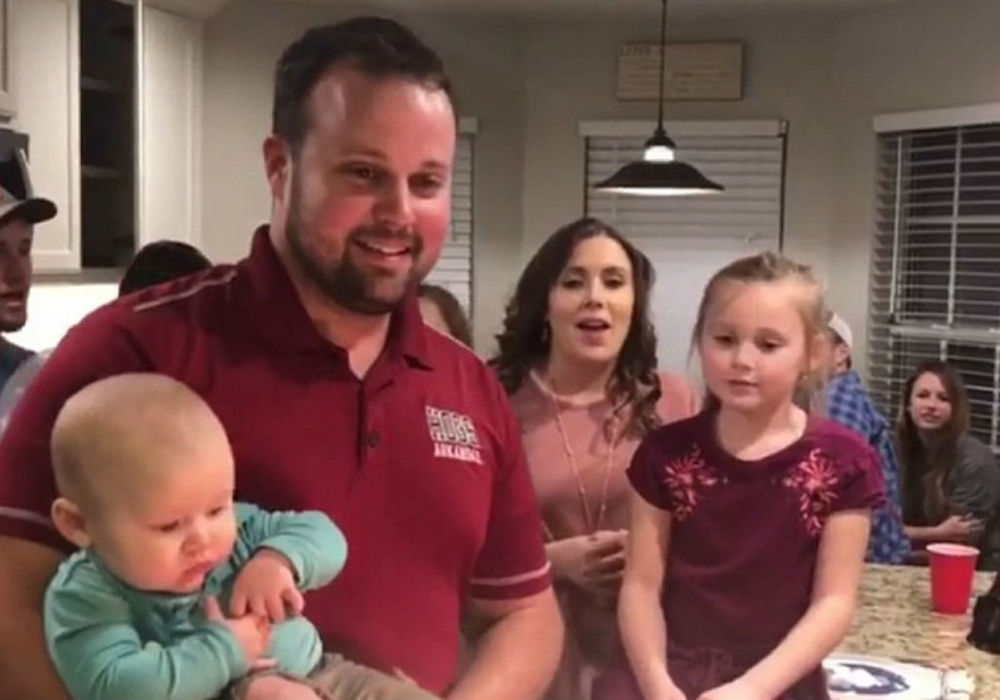 Anna Duggar’s recent activity on social media has Counting On fans wondering if the family’s oldest son, Josh Duggar, is about to make his television comeback. Anna just shared a video of her husband guiding her children on a scavenger hunt and some keen eyed fans noticed what looks like a cameraman hanging out on the edge of the frame.

Anna, of course, has made several appearances on Counting On in the past, but Josh has not had a cameo on camera since his molestation scandal led to the cancellation of 19 Kids and Counting.

Josh and his wife might be on their way to having 19 kids.https://t.co/LNWDZ438Yv

TLC has never made an official announcement about Josh’s future, but fans assumed that he was banned from the network for life.

If that is a cameraman in the video, then it is possible that Josh will make an appearance on the new season of Counting On. That said, producers could also edit Josh out of the scene if they want and just focus on the kids doing a scavenger hunt. The series has done this in the past, especially whenever they film a Duggar wedding, which Josh always attends.

But there is reason to believe that Josh is planning to return to television at some point. According to In Touch Weekly, the former reality star has been slowly working his way back into his family’s public life. This includes popping up in Duggar family photos on social media with greater frequency.

The ’19 Kids & Counting’ star is begging a judge to reopen his privacy case.https://t.co/1M9cObBtmJ

Josh is also fighting a legal battle against authorities in Arkansas, whom he claims illegally revealed documents about him molesting five minors. Although a judge previously ruled against Josh, he is still fighting the city of Springdale, Arkansas for releasing the information. It is unclear what Josh wants to gain for suing the city, but it will be interesting to see how the legal battle unfolds.

Josh and Anna Duggar have not commented about appearing with his siblings, some of whom were his victims, on the new season of Counting On.

Kandi Burruss' Fans Suggest Her To Leave RHOA: 'Stop Stooping To Their Level'

Do not bring Josh back. I do not feel he has done his time. All Josh said was jesus made him behave like that. I say BS. Spend real time repenting and then we will see.

If TLC brings Josh Duggar back on I will be boycotting TLC.