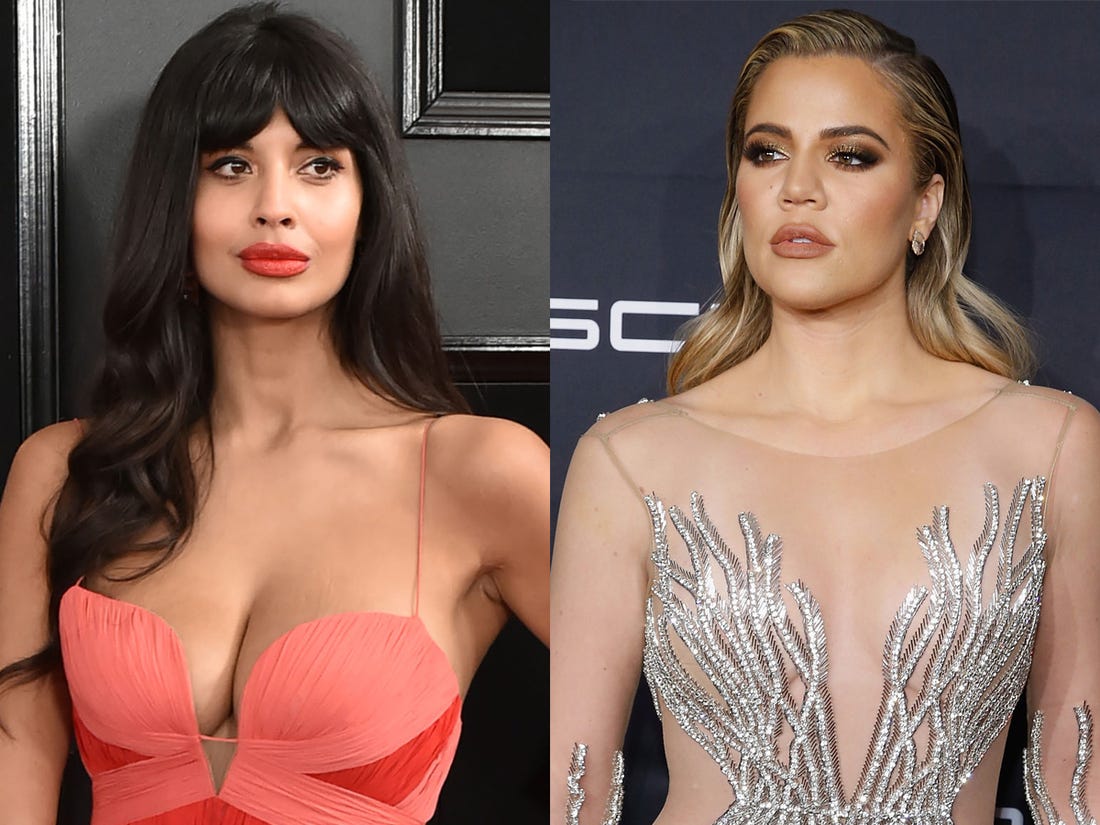 As it turns out, the war between Jameela Jamil and Khloe Kardashian is not over! After the actress previously dragged the reality TV star for her harmful promotion of a flat tummy product, Jameela now feels like Khloe has learned nothing since she just did it again!

Therefore, The Good Place star took to both Instagram and Twitter to once again criticize the Keeping Up with the Kardashians celeb over her newest Flat Tummy Shakes ad.

In one caption, Jameela mockingly asked: ‘Is she poor?’ referring, of course, to the fact that despite already having a lot of money, Khloe doesn’t pass up an opportunity to promote any sponsors who approach her.

As for the post that bothered her, it shows Khloe at the gym, holding the shake and in the caption, it reads: ‘Ok… I’ve posted with @flattummyco’s Shakes in the past and YES, I also use a personal trainer and nutritionist, but THESE SHAKES WORK to help get your tummy back to flat. Trust me you guys… Go get 25% off the same Shakes I drink.’

As mentioned before, she made sure her Instagram followers knew about it too so she reposted her own tweet on there, with the caption: ‘IS SHE POOR?’

Fans of the actress know all too well how outspoken she is on matters regarding body positivity so it’s no surprise she held nothing back this time around either!

Jameela is obviously not a big fan of the Kardashians and she’s made that very clear in the past by harshly criticizing them and their harmful advertising of weight loss products, which she finds ‘irresponsible’ since so many people look up to them.