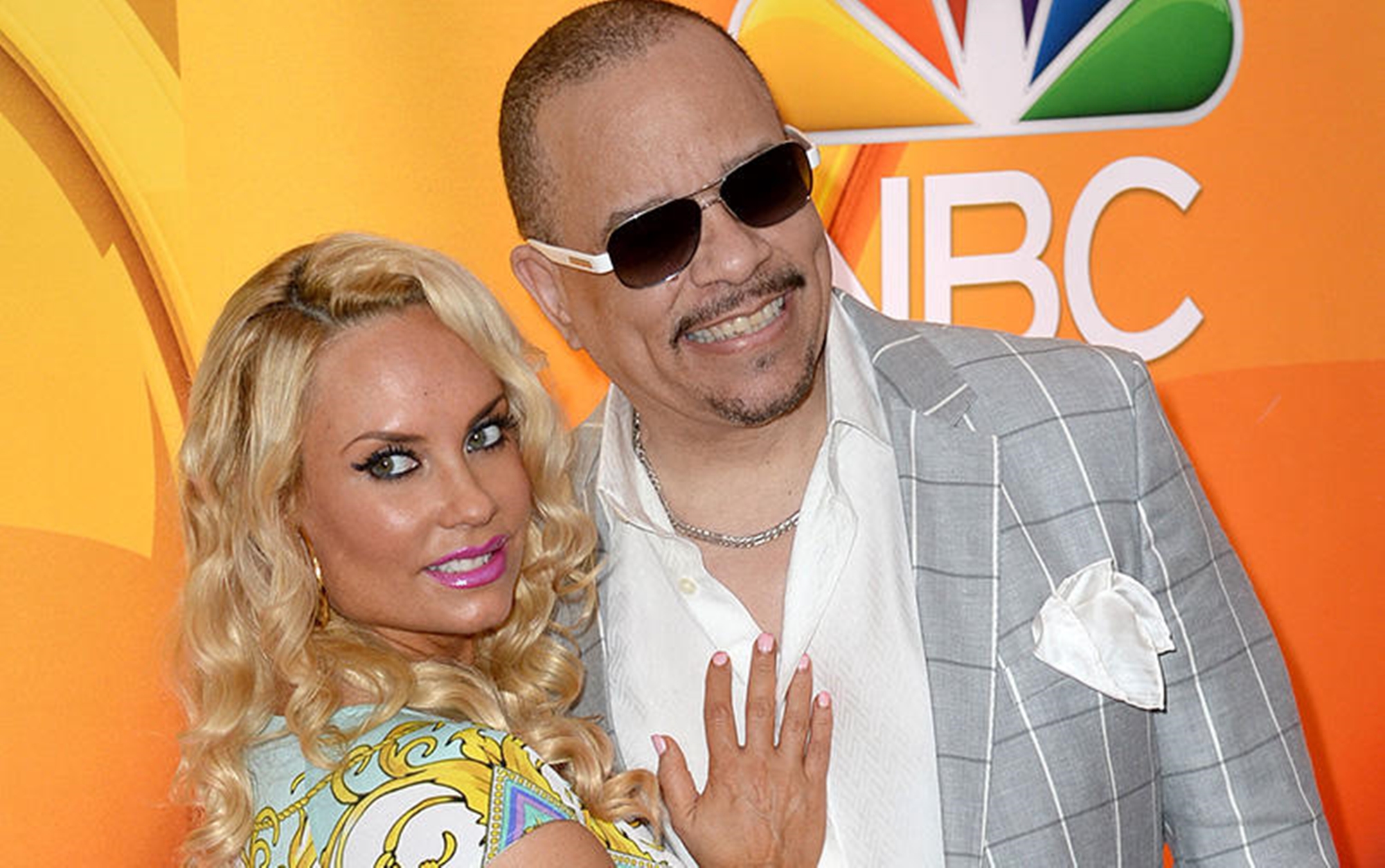 While Ice-T is among the stars of the hit series Law & Order: Special Victims Unit
, his wife, Coco Austin, shines on a different stage as the blonde bombshell shared a new stunning photo on social media recently.

In her latest snap, Austin flaunted her ample assets in a tight colorful top in various shades of pink, orange, and white that revealed a lot of her cleavage.

Besides, the glamour model combined her outfit with form-fitting white trousers and high heels in bright yellow.

The 40-year-old reality TV star did not forget about accessories as well, as she wore a golden watch, earrings, necklace, and bracelet.

Austin added finishing touches to her outfit with a shining golden belt and white clutch that was hanging over her shoulder.

"Why fit in when you were born to stand out"…. Outfit – @Fashionnova fashionnovapartner (Use my coupon code" Coco" to get 15% off)

For a caption of her post, Coco asked why it was necessary to fit it in when she was born to stand out, which was written in probable reference to her usual being in the spotlight.

I roll with my best friend by my side at all times! #dynamicduo #cocoandchanel

The mother of one also shared a few photos in a rainbow bodysuit and had this say: “Who else in their closet can match the same pattern rainbow shoes with there lingerie and not even plan on it.. so random that it totally works! Rainbow Brite is jealous right now..lol.”

One fan said: “My four-year-old son said you look like a starburst candy. High praise since it’s his favorite candy.”

Another person stated: “Look at you!! You are always rocking fashion! You are such a beautiful woman, coco.”

Pics from @thesugarfactory grand opening in Tampa! They always treat us so well..We love this place!! Hung out with friend @snoopdogg too -Swipe for more for pics or click on next post for video

This backer shared: “Thicker than some cold peanut butter 🥛 four her butt hips n boobs fake. Lol, but who isn’t these days lol.”

Another social media user claimed: “O my lord god broke that mold when she was created. You are the best hot woman🔥🔥.”

I'm hooked to this pink! Went a tad lighter.. thanks to my girl @cattnu_hair for the color refresh at @blusalon ..Gonna give it a little more time before I go back blonde #pinkobsession #barbiegirl #viralcolorwash

It is not unusual for Coco to be so open about some private aspects of her life on social media, because she recently posted a photo dating back from when she and her husband first met over 16 years ago.

The actress and model titled her throwback snap by saying that her life changed forever when she married Ice-T and expressed admiration towards her spouse.

Apparently, Ice-T and his wife met while shooting a movie that he starred in, and since their marriage in 2005, they have welcomed a baby girl, Chanel, in November 2015.