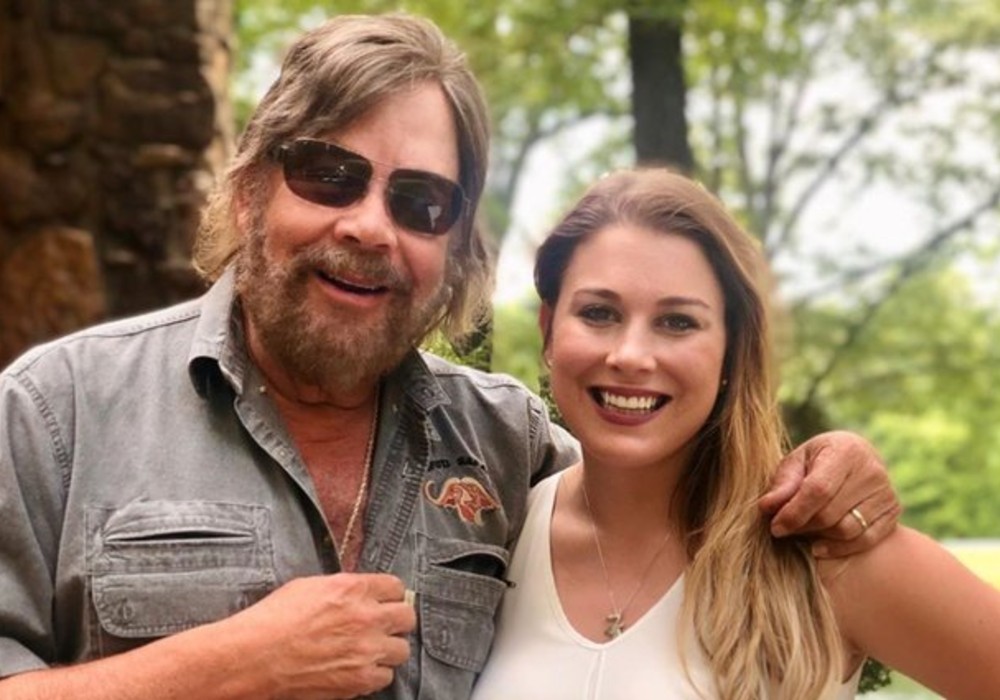 Katherine Williams-Dunning – the daughter of country music legend Hank Williams Jr. – was killed on Saturday night in a single-vehicle crash in Tennessee. She was just 27 years old.

According to WKRN, Williams-Dunning was driving her 2007 Chevy Tahoe and towing a boat on Highway 79 near Paris, Tennessee, at around 7:45 p.m. when the vehicle crossed the median. The vehicle and boat rolled over into the northbound lanes and then came to a stop on the shoulder.

When this is your first kid free night since the beginning of quarantine!!! 🙌🏼 This mama right here could’ve gotten dressed in 5 mins to head out the door! 🙌🏼 Love my babies to death but so exited for a kid free night! 🙌🏼 Swipe to check out my outfit, loving this @boandcoboutique tank! #shoplocal #shopsmall #mamasnightout

Williams-Dunning’s husband, 29-year-old Tyler Dunning, was a passenger in the vehicle. He was airlifted to Vanderbilt University Medical Center to receive treatment, but his condition has not yet been released.

“This is an active investigation and more details will be made available later,” said Tennessee Highway Patrol spokesman Lt. Brad Wilbanks.

“My sister and brother in law have been In a terrible accident. Please pray for them so hard! Katie Williams and Tyler Dunning,” he wrote on Facebook. “NEED EVERYONE WHO SEES THIS TO PRAY FOR KATIE WILLIAMS RIGHT NOW AND TYLER DUNNING !!!!!!!!! PLEASE!!!!!!”

A throwback to show y’all that I have always been a daddy’s girl! Happy birthday to my Daddio, my hero! The lessons you have taught me in this life are by far some of the most precious gifts that I will ever receive! I hope you had the best day! ❤️

Katherine’s sister, singer Holly Williams, posted a tribute to her sister on Sunday morning and also asked for prayers for the family. She also revealed that Tyler Dunning is “awake and responding,” but they don’t know the full extent of his injuries yet.

“I have no words. On Friday morning I talked the family into taking this picture and had no idea it would be our last together with my precious little sister Katie,” wrote Holly in the caption of a family photo. “We all went to my great aunt’s funeral on Thursday whom we all loved dearly, and now are faced with another one.”

Take 1 & Take 2 & Take 3 at a family beach picture 🌴🤣 These days are wild with a 2 and 5 year old! In January this year, I decided to be more present and be more peaceful in all aspects of life. These kids will not pose for a picture but as long as they are having fun and feeling loved by mom & dad, surely we are halfway doing this parenting thing right! #motherhoodintheraw #thesearethedays #lifewithbeauandaudrey #familybeachtrip #bepresent #bepeace

Katherine Williams and Tyler Dunning tied the knot on October 15, 2015. She ran her own clothing company called Weston Jane that was built on the idea of “moms supporting moms.”

Katherine Williams-Dunning was one of country singer-songwriter Hank Williams Jr.’s five children. He is best known for his song All My Rowdy Friends Are Coming Over Tonight, which was re-written and turned into a theme for Monday Night Football.

Scarlett Johansson Spotted Out With Her Little Girl After Divorce Scandal

Stassi Schroeder And Kristen Doute Reportedly Closer Than Ever Following 'Vanderpump Rules' Axing - They're ‘Supporting Each Other’ Now Despite Past Drama!