Halle Berry Wears Nothing In Awe-Inspiring Photo, But The Actress Is Shamed For These Reasons 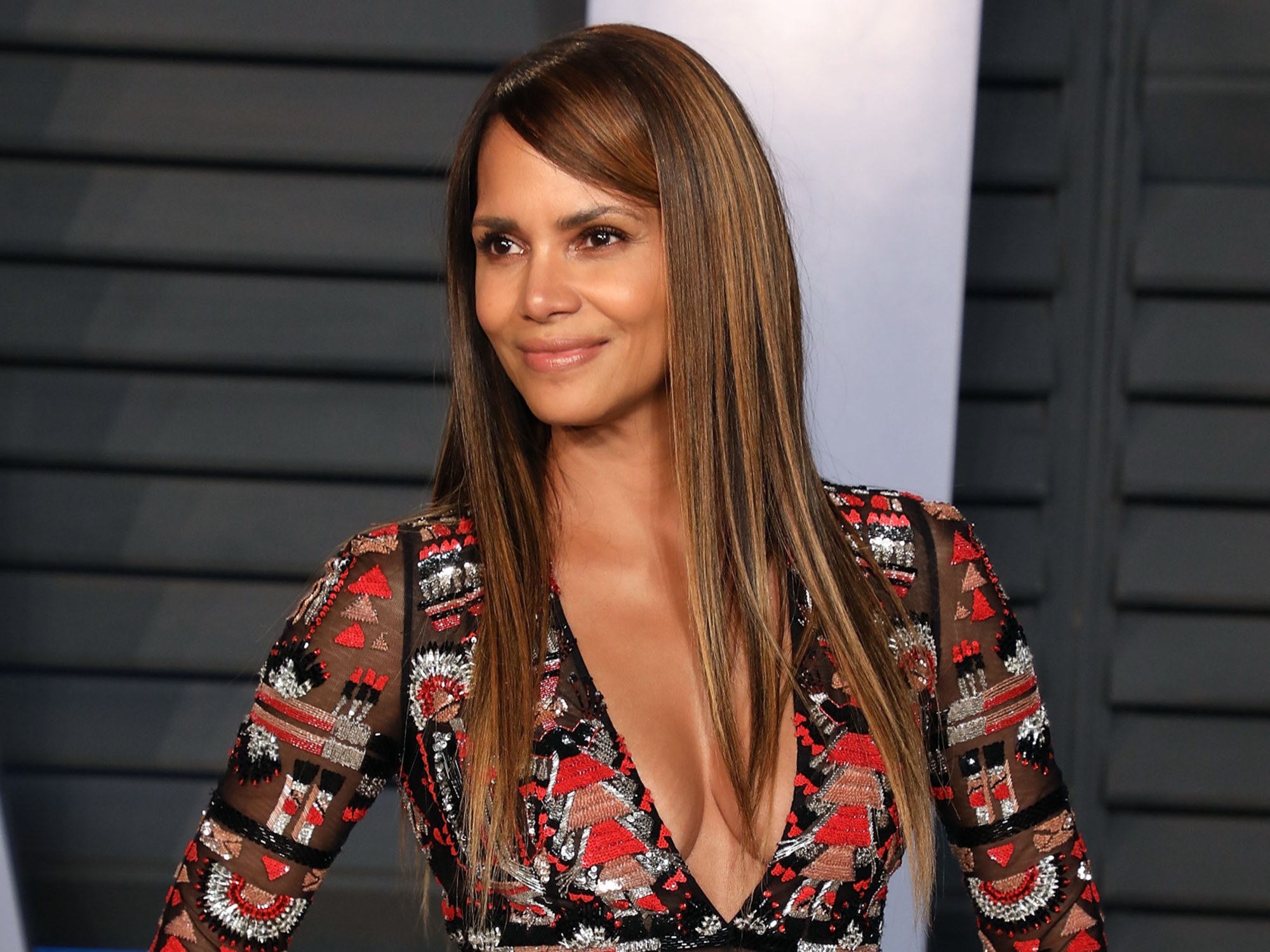 Halle Berry has decided to set Instagram on fire with a gorgeous black and white photo of herself. The 53-year-old Oscar winner and mother of two once more opted to share a picture where she has nothing on.

In the photo, Halle has her long hair falling on her shoulder, and she is making a complicated heart sign using her two hands.

Via her captions, she reminded her fans that she is both strong and sensitive. She wrote: “Heart on my sleeve.”

One fan said: “The most beautiful people wear their hearts on their sleeves and their souls in their smiles.” Mark Anthony.”

Heart on my sleeve.

A critic wrote: “Halle you forgot to have surgery done on your hands they show your real age, and for the Heart on my sleeve, the number of men you’ve been with is something a girl could only imagine in her lifetime😂❤️🔥”

This supporter stated: “LOL, I seriously just did this with my hands on my arm because I’m like How she doing that?! 😂😂😂😂”

My one and only @peterleethomas the best workout buddy ANYONE could ask for! 👊🏽 #NationalWorkoutBuddyDay

Another person shared: “Ok, so now I’m about to break my arm trying to do this 😂❤️. And what a beautiful heart it is!”

Halle has been working out as an MMA fighter according to her personal trainer, Peter Lee Thomas, who spoke to Prevention and explained: “I’ve never met someone who’s as dedicated as Halle. All of our training has to lead up to where she is now with the demands of her character. I just felt like we were preparing her for the biggest fight of her life.”

Welcome to an EXTRA special edition of #FitnessFriday!! For the last two years, you’ve showed up, showed out and shared this crazy fitness adventure with me and @peterleethomas! I’m so eternally grateful for you guys, and wanted to create something extra special to celebrate our two years together – I’m thrilled to announce my first EVER fitness collection, rē•spin by Halle Berry!! To introduce you to the collection, @peterleethomas and I will be doing back to back #PHITTalks using rē•spin pieces, and this week? We’re talking about the subject y’all can NOT stop asking about – Core work!! Check stories for more. Can’t wait to meet the collection?? Find it at @tjmaxx, @rossdressforless, @marshalls and @burlingtonstyle stores all over the U.S. – and don’t forget to tag #RespinByHalleBerry and show us what you find! Happy Friday ♥️

He continued with: “We do some workouts that take five to 10 minutes long, with short bursts of hard work at that time. If you’re going to take on the role of a fighter, people will watch and say, that’s B.S. Our routine is 70% boxing, martial arts, and strength and conditioning, while the rest is sports performance training with kettlebells, sandbags, and weights.”

Happy #FitnessFriday, everyone! There’s no better feeling than setting a goal and smashing it. One of my goals for #BruisedTheMovie? Ripped Abs – and today? I finally got them, and it feels unbelievable! This #FitnessFriday, I encourage you guys to set your bar. What is your fitness goal? Set the BAR higher than you think, share your goal in the comments and HOLD yourself to it. The work won’t be easy, but that pay off? Worth every damn second. In the meantime, head to stories for my #BruisedTheMovie workout, courtesy of my performance coach @mubarakmalik, aka "Bar" and put that inner-warrior to the test! Happy Friday! ♥️

Halle, who often talks about self-care, revealed on social media: “Today is all about the beauty of stillness. Sometimes just holding a pose is an equally effective way to build strength, stamina and to get that heart rate up! As a bonus, remaining in poses can improve your focus, keep your mind from wandering, and can even allow certain emotions to come up – I’ve certainly worked through a few things this way! Today, @peterleethomas will be demonstrating some isometric core exercises – NO crunches necessary. Let’s remain still, re-connect with ourselves and keep those dream abs in ✅ – check stories for more and Happy Friday.”

Halle has really reinvented herself.

XXXTentacion's Parents Are Battling it Out For This Reason