Farrah Abraham has been, many times, shamed by social media users for allowing her ten year old daughter, Sophia, to wear makeup at such a young age. But the Teen Mom star obviously is all for the child wearing a bit of makeup whenever she wants.

That being said, Farrah explained why, from her point of view, it is a ‘normal, healthy, and beautiful’ thing and people should refrain from criticizing the kid for having fun with it.

Sophia obviously loves cosmetics already and her mom would hate to stand in her way when it comes to applying fun stuff on her face.

So, Farrah is very confident in her decision to let her child wear makeup and will not let the mom-shamers change her mind.

While in attendance at Beautycon LA, the former Teen Mom cast member chatted with HollywoodLife, telling the news outlet that she is totally Okay with her daughter wearing a bit of eye glitter and even some highlighter!

‘I would hope that Sophia can express herself however she wants in a safe and happy place. She doesn’t need to feel ashamed for wearing makeup at any age. It’s normal, it’s healthy, it’s beautiful, it’s great,’ she explained. 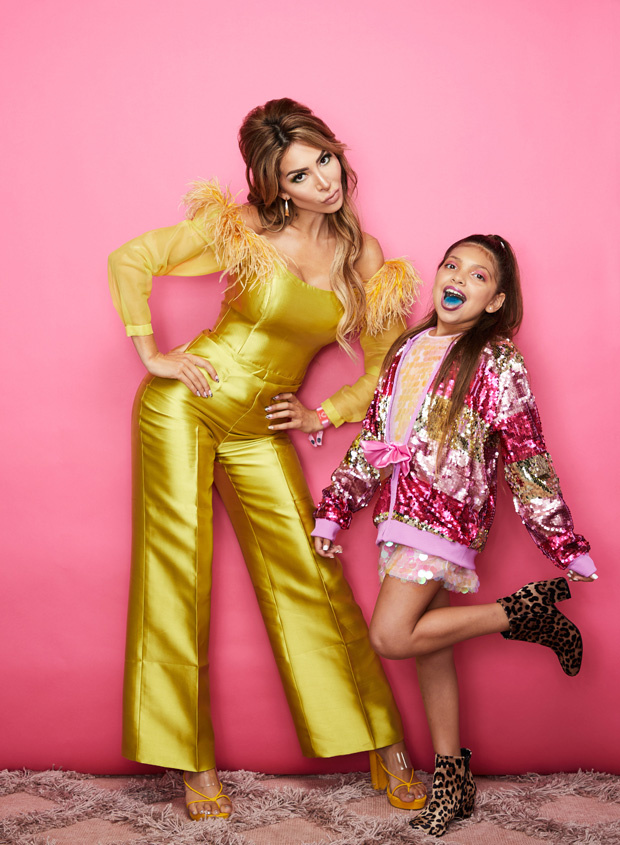 Farrah mentioned that she’s certain people would find reasons to mom-shame her no matter what.

Besides, from her point of view, Sophia’s interest in makeup is coming at the right stage in her life.

‘It’s a good time to teach her about cleaning her face and good skincare with it, which I really love. As a mom, I just want to set her up for success.’

Farrah and her dolled up daughter made sure to pose for the cameras on the red carpet, showing off their great style.

Farrah Abraham Does Not Think Her Daughter Is Growing Up Too Fast Despite What Critics May Say!

The Crown Season 3: Get Your First Look At Olivia Colman's Queen Elizabeth

Gabrielle Union's Latest Video Has Fans Gushing Over Her Look

Tamar Braxton Shares A Motivational Message For Her Fans

David Adefeso Addresses The Best Compliments - Check Out His Message