Elizabeth Hurley ‘Looking Forward’ To Her 55th Birthday – Here’s Why! 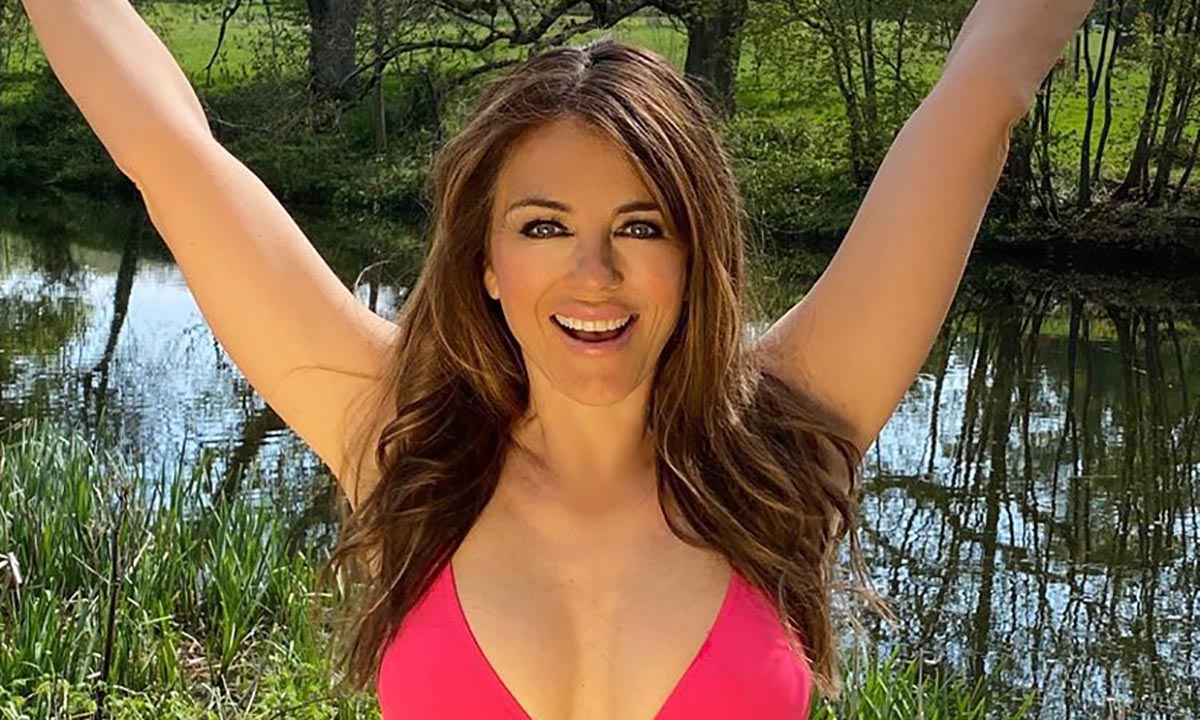 Elizabeth Hurley’s 55th birthday is right around the corner (June 10) but instead of worrying about aging, the beautiful and talented actress is rather excited! It’s no secret that she pretty much looks half her age and is also in the best shape of her life.

That being said, one insider dished on how she feels about adding one more year while in quarantine in England.

The source dished via HollywoodLife that her youthful appearance may just be a result of her work ethic which has not changed while in isolation!

‘Now it’s obvious she has her moments of going stir crazy nowadays, like all of us. But she’s continuing to remain in good spirits and in shape and be in one of the best physical conditions of her life because she is not taking her health for granted,’ they explained via the site.

Just looking at her IG account, it’s safe to say that the actress loves wearing bathing suits no matter the time of the year.

After all, who wouldn’t if they looked like her in their mid-50s?

That is also the reason why she’s not anxious about turning 55.

The dogs have never had it so good- full time, full on love & cuddles #countrylife #lockdown #eightandahalfweeks #BabyAva 😘

‘With a birthday around the corner she isn’t feeling bad for herself one bit, she wants to be as healthy for it as possible and in as amazing shape as one can be. She likes defying the odds and the way she looks and maintains is something she never takes for granted. She loves always proving people wrong and looking good doing it. Now who doesn’t want to be in their twenties but turning 55 is going to be awesome and something to look forward to.’

Elizabeth has been shocking people for years by managing to look younger every time she celebrates another birthday and she really enjoys that paradox!

Of course, this upcoming June 10 will be no different, lockdown or not, so fans should be expecting a sultry, youthful picture from her once again.

Harvey Weinstein Won't Be Extradited To LA Due To Coronavirus Pandemic