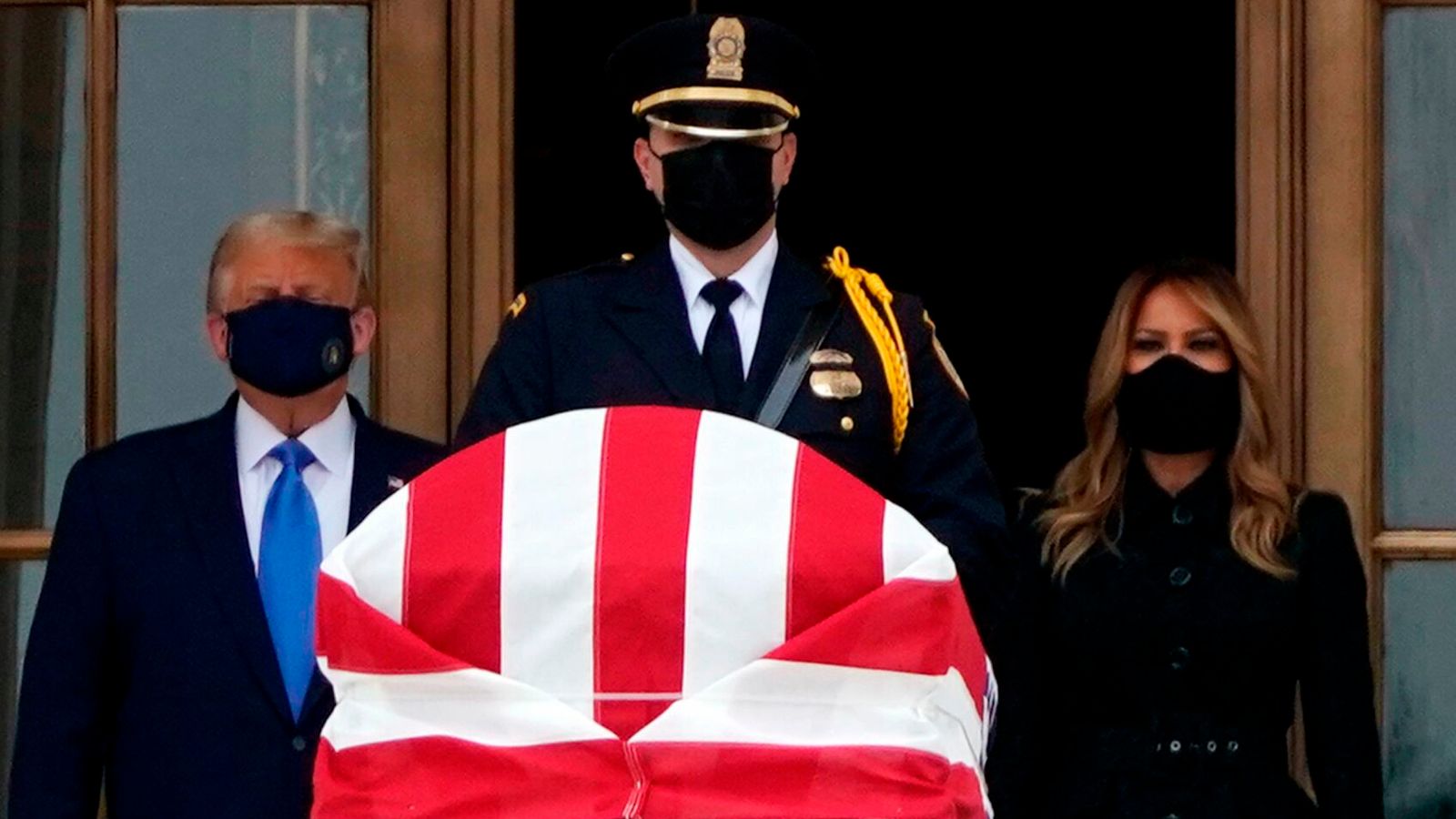 The President and First Lady of the United States were in attendance at Justice Ruth Bader Ginsburg’s memorial, paying their respects but it turns out that most people did not want them there! That being said, Donald and Melania Trump were booed at the Supreme Court memorial and attendees even chanted ‘vote him out’ in reference to the upcoming presidential election.

The protests upon seeing the presidential couple there were pretty loud, the crowd obviously enraged by the presence of the controversial US leaders at the memorial of someone like the late Justice.

In response to the boos and chants, Trump simply stayed still, not reacting in any visible way.

In the video that captured the procession and Trump as well, of course, the POTUS can be seen wearing a mask, something he rarely does as he disagrees it is needed amid this terrible health crisis.

He stands by Justice Ginsburg‘s casket which was covered by the American flag to honor her.

After about a minute, Donald and Melania finally turn around and leave.

About the crowd’s reaction to their presence, CNN White House reporter Kevin Liptak, wrote on his Twitter account that it was a rather remarkable moment since ‘it’s rare for this president to see his opposition this up-close and in-person.’

As you might know, Justice Ginsburg was buried at the Supreme Court where she worked for no less than 27 years, bringing forth notable changes in women’s rights and more!

Trump at the court as crowd chants “vote him out” — it’s rare for this President to see his opposition this up-close and in-person pic.twitter.com/VEVkRHOkjM

Upon being laid to rest at the age of 87, the extraordinary Justice was honored with a ceremony by a female rabbi and there was also an eulogy delivered by Chief Justice John Roberts.